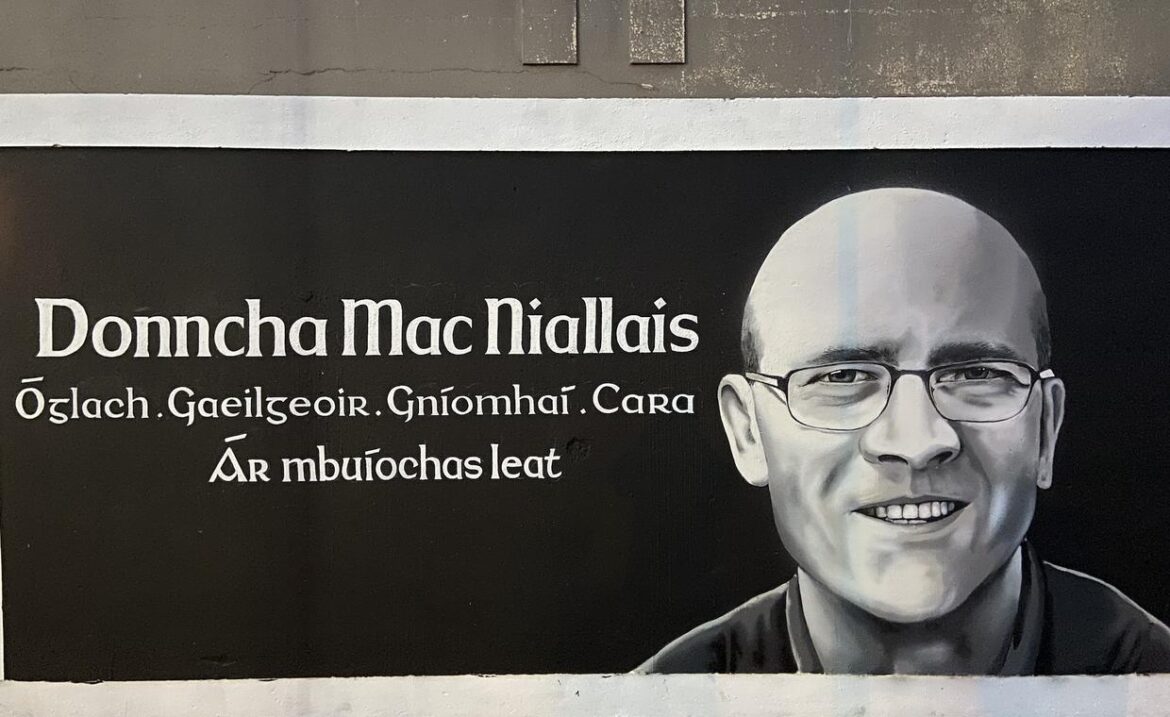 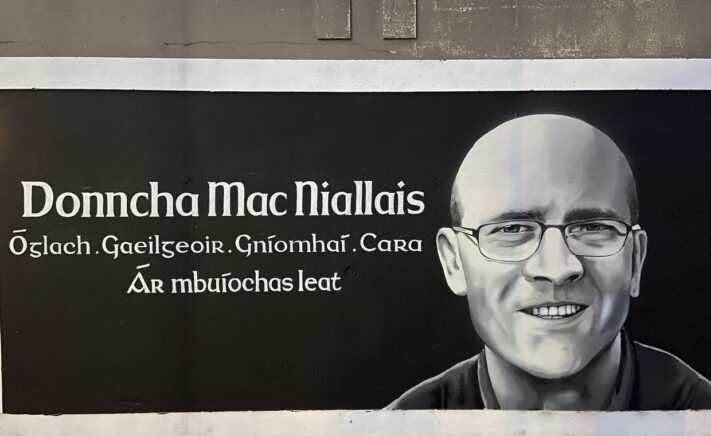 A new mural has appeared in the Bogside area of Derry in honour of Donncha MacNiallais following his death.

The former IRA Blanketman and Gaeilgeoir died “suddenly” at the age of 64 on Friday.

Mr MacNiallais’ coffin was carried through the Bogside on Saturday draped in the Irish tri-colour before travelling to his home in the Waterside.

His funeral will take place on Monday, September 12, at 10 am in Columba’s Church, Longtower.

Mr MacNiallais, whose mother was Sinn Fein representative Mary Nelis, was best known as the former chairperson of the Bogside Residents group.

He led his side’s negotiations over contentious Apprentice Boys of Derry parades in the city and coined the term ‘no talk, no walk’.

Following his death, ex-Chair of the Parades Commission and Community Relations Council, Peter Osborne, said that dealing with parades in the North West for many years he found Mr MacNiallais to be a “soft-spoken, constructive and pragmatic presence”, as he offered condolences to his family and friends.

The new artwork was created close to Dove House where Mr MacNialliais was a manager and director for many years.

Announcing the mural, Gasyard Féile said: “All at Féile are heartbroken at the passing of our friend, Donncha MacNiallais.

“A director at Féile for many years, we will be forever grateful for Donncha’s immeasurable contribution to improving the lives of everyone in Derry and across Ireland.

“Our thoughts are with Donncha’s wife, Karen, his children, his mother Mary and all of the Nelis family.

“A mural has now been completed in the Bogside by Razer and Donncha’s brother Paddy Nelis.”

Workers at Dove House community trust said their “hearts are sore” at the passing of their beloved Manager and former Chairperson/Director Donncha MacNiallais.

“Donncha devoted his life to community development and improving the lives of others around him,” a statement added.

“He was a true gaelgoir that promoted the Irish language, at every opportunity he had.

“His passing is a massive loss to Dove House, the surrounding community, the Irish language community, and most importantly to Karen, his children, Mary and all the Nelis Clann.

“Our heartfelt sympathies go to them all at this extremely emotional and difficult time. 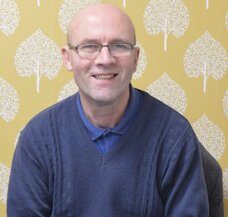 Sinn Fein MLA Padraig Delargy described Mr MacNiallais “a committed Sinn Fein and community activist” who was at the forefront of efforts to regenerate the Bogside and surrounding areas.

“It’s with profound shock and sadness that we today learn of the death of lifelong Derry republican Donncha MacNiallais,” Mr Delargy said.

“My first thoughts are with his partner, his children and the wider Nelis family on this devastating loss.”

Mayor of Derry Strabane Council, Sandra Duffy called the community a leader “a comrade, a colleague and a trusted sounding board” who was “always there when advice was needed.”

Mayor Duffy also wrote she had just met with with Mr MacNiallais a few days ago.