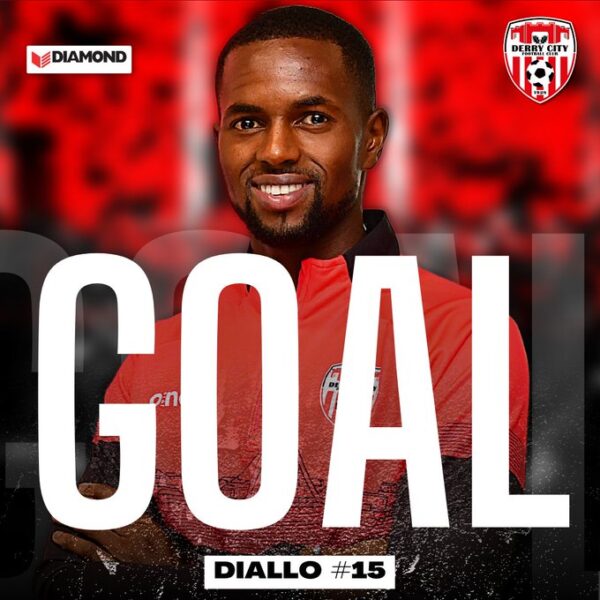 Derry ease to victory over UCD and close in on Rovers

The Candystripes moved to within four points of leaders Shamrock Rovers after making it three victories on the bounce.

Ruaidhrí Higgins’ men took a fifth minute lead as Ryan Graydon turned the ball home from close range, after James Akintunde’s close range effort, which came back off the post, fell perfectly to him.

On 15 minutes a teasing pass by Michael Gallagher released Sean Brennan, but with City goalkeeper Brian Maher to beat, the midfielder’s effort from an acute angle was well off target.

Maher was called into action just after the half-hour mark as a quick counter attack by the Students ended with Dylan Duffy’s well hit drive easily gathered by the City keeper. Moments later a teasing curling strike from Brennan was goal bound and Maher had to tip the effort away for a corner.

Derry went close to scoring a second on 55 minutes but Sadou Diallo’s 25 yard drive strike, which had UCD goalkeeper Kian Moore scrambling, clipped the outside of the left hand post.

The home side scored a second on 71 minutes as Duffy found Diallo on the right hand angle of the penalty box and the midfielder blasted high into Moore’s top left hand corner.

Derry netted a third on 86 minutes as Duffy scored a trademark goal, cutting in from the left before firing home past Moore, despite the keeper’s best attempts at trying to keep the shot out.

In the closing minutes Jamie McGonigle, saw his close range strike, which had Moore beaten, flash inches wide and the ex-Crusaders striker was also denied by a fantastic save by the Students keeper.