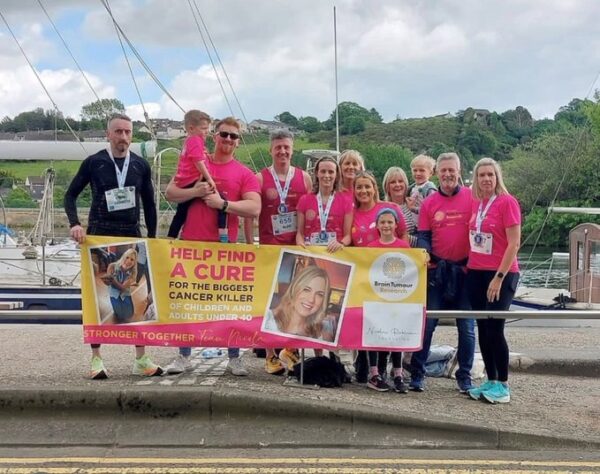 Family and friends of a local schoolteacher who lost her life to a brain tumour last year have been keeping her memory alive and raising awareness of the disease by taking up running together.

‘Team Nicola’ was formed by Nicola Robinson’s husband Alan earlier this year and, having taken part in a string of events throughout Ireland, the group are looking forward to a race on their home patch on Sunday September 4th when they run the Waterside Half Marathon (WHM).

Nicola was a teacher at Fountain Primary School in the city and was just 35 years old when she died from a Diffuse Astrocytoma in October of last year.

Her friends and family’s running exploits aim to raise awareness and funds for a brain tumour research charity in Nicola’s memory in the hope that one day new treatments can be found and made available to others diagnosed with the disease.

“We’ve been up and down the country doing every half we could but this one is obviously extra special as it’s in our backyard and Nicola’s home town,” said Alan.

“Most of us had absolutely no background in running but when my sister in law said she would do the Omagh Half earlier this year I said I would have a go at it with her, then a few people said they would do it with us and it has just snowballed from there.

“Mentally it’s been a god send to me to have that release and a goal to aim towards, it was an alien world to me but I’d highly recommend the health and wellbeing benefits to anyone.

“We all wear the same t shirts but we run our own race once it starts as there are runners of all ages and levels.”

Alan lives in Donemana with his son Alfie and daughter Amelia however he grew up in the Waterside and is aiming for a personal best there next week.

“I try and run a faster time with each event and I’m aiming for 1 hour 45 minutes this time,” he added.

“I’ve been trying to get it in the last two races, I tried in Hillsborough and it nearly killed me, the place is aptly named as it’s full of hills!

“I know the pacer for 1.45 Jason Scott and hopefully he can talk me around.

“I did my long run last week and that was the first time I ran around the route, the Foyle Bridge is definitely a challenge but it’s a brilliant route around the city centre.”

Team Nicola will be joined by around 2,000 runners at the start line for the 39th staging of the event which is hosted by Derry City and Strabane District Council. 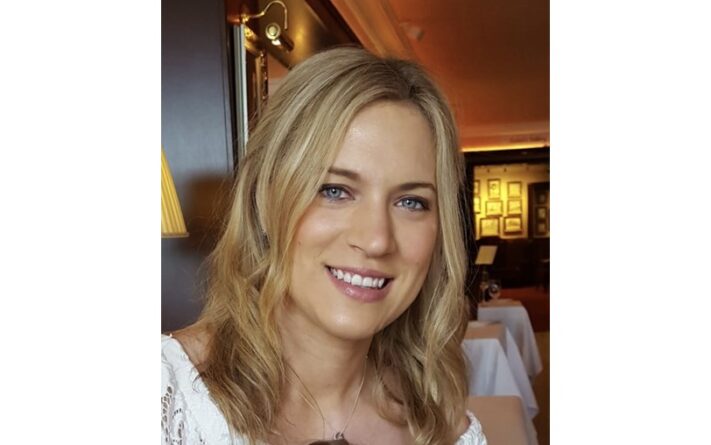 Nicola Robinson who died last year of a brain tumour

Runners will wind their way from the Ebrington site start, along the banks of the Foyle, crossing both the Foyle Bridge and the Peace Bridge en route to the finish on the St Columbs Park track.

A limited number of places remain for the Waterside Half Marathon, registration details, race instructions and traffic and travel for the event can be accessed at: www.derrystrabane.com/whm

You can donate to Team Nicola’s fund raising efforts for Brain Tumour Research at: https://www.justgiving.com/fundraising/ALAN-ROBINSON31