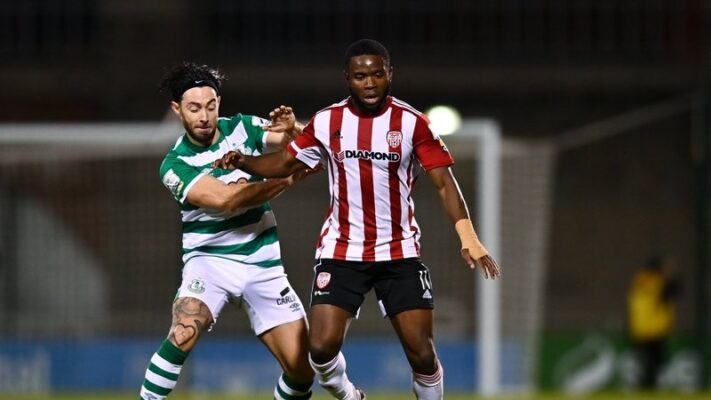 The top two in the Premier Division will meet in the quarter-finals of the Extra.ie FAI Cup after second-placed Derry City were drawn at home against Shamrock Rovers.

Rovers lead the Candystripes by seven points in the league but with home advantage in the cup, Declan Devine will be hoping that his side can secure their place in the last four.

The clash between the top two is vying with a Dublin derby for top billing in the quarter-finals as Shelbourne welcome Bohemians to Tolka Park.

Bohemians, who are currently managerless and on a poor run of form after parting company with Keith Long, could have a new permanent manager in place when they take on Damien Duff’s side of the weekend of 18 September.

Treaty United probably go the draw that they were hoping for after they were drawn at home against struggling Premier Division side UCD.

Stephen O’Donnell, who won the cup as manager of St Patrick’s Athletic last season, takes his Dundalk side to Waterford in the round’s other game.

Games to be played on the weekend of 18 September.