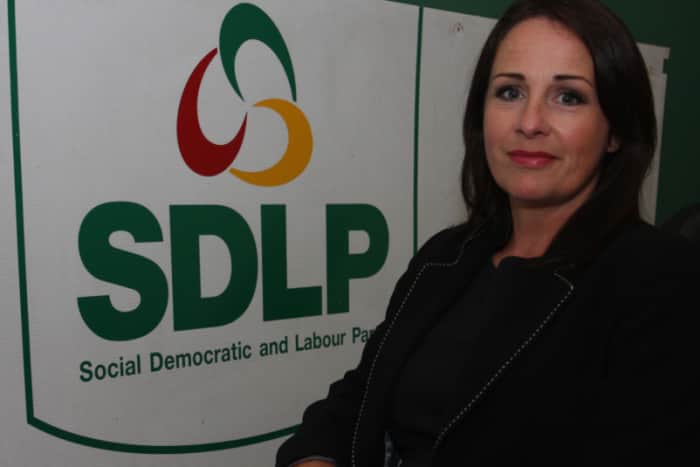 SDLP Foyleside Councillor Shauna Cusack has contacted the Department for Infrastructure regarding the state of a number of roads and streets in and around Rosemount.

Said Cllr Cusack: “We all understand that the pandemic put a lot of projects and indeed promises on hold but now there can be no excuse for further delays or fobbing off.

“I have noticed a large number of surfaces throughout my constituency which are simply in an unacceptable state, some even what I would consider dangerous.

“The residents of Northland Parade and Crescent have been promised the same upgrade their neighbours in Northland Drive received over four years ago and still nothing but patchwork, in an area circa 60 years old.

“This is the same throughout Rosemount Avenue and indeed all the side streets.

“Rosemount roundabout is in a shocking condition itself.

“The volume of traffic at this junction is huge and constant, yet the uneven surface and poor markings, in my opinion, is a serious health and safety concern.

“I have contacted the Department regarding these issues and asked for a response with timelines for works and a look forward to a positive proactive reply, the patient people of Rosemount deserve this.”