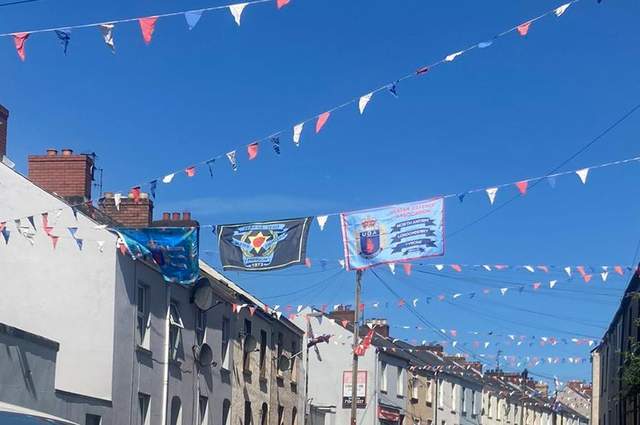 Nationalists have reacted angrily to the erection of UDA and UFF banners in a unionist part of the Waterside in Derry.

Streamers bearing the names and insignia of the proscribed loyalist terror groups have been strung across the Bond’s Street within clear view of the Glendermott Road.

Sinn Féin Councillor Christopher Jackson said the erection of the streamers was an attempt to intimidate and he called for leadership from unionists.

“It’s deeply concerning and disgraceful that flags with emblems of active loyalist paramilitary groups have been put up in the Waterside,” said the former deputy mayor of Derry City and Strabane District Council.

“These flags should not be erected to mark out territory or intimidate people, particularly on what is the main route into the city centre used by thousands of people every day.

“It’s time for community and political leaders to step up, show leadership and have these flags removed now,” he added.