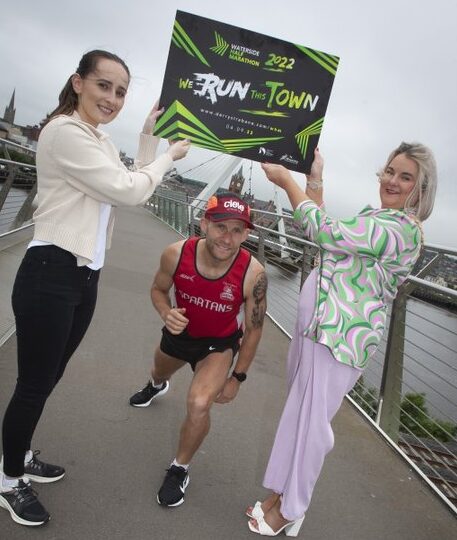 Registration closing this weekend for Waterside Half Marathon

Runners of all levels have just a few days left to seal their place for one of Ireland’s most popular athletics events in Derry on Sunday, September 4.

Mayor of Derry City and Strabane District Council, Councillor Sandra Duffy, explained that entries are capped at 2,000 runners and the event is expected to sell out.

“It has been great to see so many people out running again around the City and District this summer and I am delighted that local runners have an event of this magnitude to prepare for again in their home area.

“From elite runners to those who are running in their first event, the WHM caters for all levels so I would encourage people to register now to secure their starting spot.

“The relay option is a particularly good way to get involved on the day if you aren’t ready for the full distance and every member of the three person relay will receive the medal and t shirt.”

The 2022 Half Marathon has the added prestige of being the Athletics NI/Ulster Half Marathon Championships meaning it will attract some high level runners from outside the North West area.

Registration for the Waterside Half Marathon is open now at www.derrystrabane.com/whm where race information and training schedules for the full race and relay option are also available.

The final date for Entries is this Sunday, August 14.