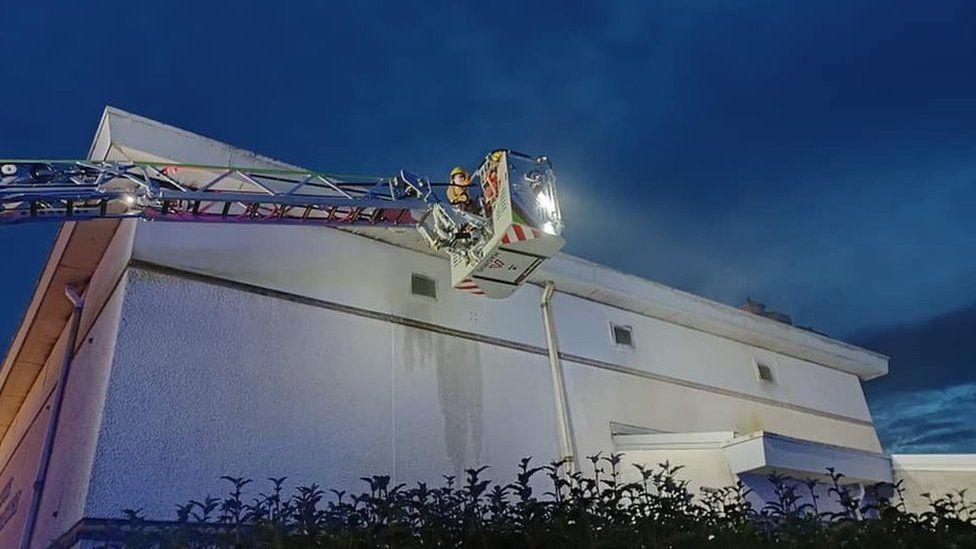 Nearly 50 firefighters were at the scene of a blaze at the Dunluce Centre in Portrush on Monday night.

They were called to the former tourist attraction at about 8.30 pm.

Six fire engines were in attendance, as well as an aerial appliance from Derry and a support vehicle from Kilrea, the NI Fire and Rescue Service said.

Operations were scaled back from about 11.00 pm.

Earlier in the evening, there were 46 firefighters present.

Video of the fire circulating on social media showed a large amount of smoke coming from the empty building.

On Tuesday morning, police said they were treating the fire as arson.

Sergeant McCrystal said: “Shortly before 9.20pm yesterday, Monday 8th August, officers received and responded to a report of a fire at the Dunluce Centre at Sandhill Drive in the town.

“Colleagues from the Northern Ireland Fire and Rescue Service also attended the scene, and managed to extinguish the blaze, which has resulted in damage being caused to a soft play area inside the building.

“Fortunately, there no one was inside the premises at the time of the incident, and there were no reports of any injuries.

“It’s believed at this stage that the fire was started after access was gained to the building via a vent on the lower ground floor.

“Our enquiries into this incident, which we are treating as arson, are ongoing, and we are appealing to anyone who may have any information which could assist us, or who witnessed any suspicious activity in the area at the time, to contact 101, and quote reference number 2014 of 08/08/22.”

Alternatively, you can submit a report online using the non-emergency reporting form via http://www.psni.police.uk/makeareport/.

UUP councillor Norman Hillis, who visited the scene, said it appeared the fire “had been contained quite quickly”.

There has been concerns about the centre for some time, he added.

“There has been anti-social behaviour,” he said. 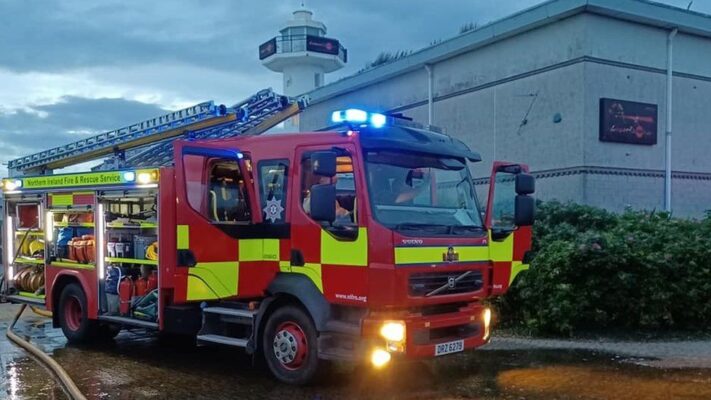 “That has been ongoing for a number of years and we have had issues before about securing the premises.”

The centre, once one of the area’s top tourist attractions, closed its doors in 2013 due to falling visitor numbers.

Earlier this year, it was reportedly in the process of being sold to a businessman from Co Donegal for £1.21m, and the plan was to turn it into a family entertainment complex.