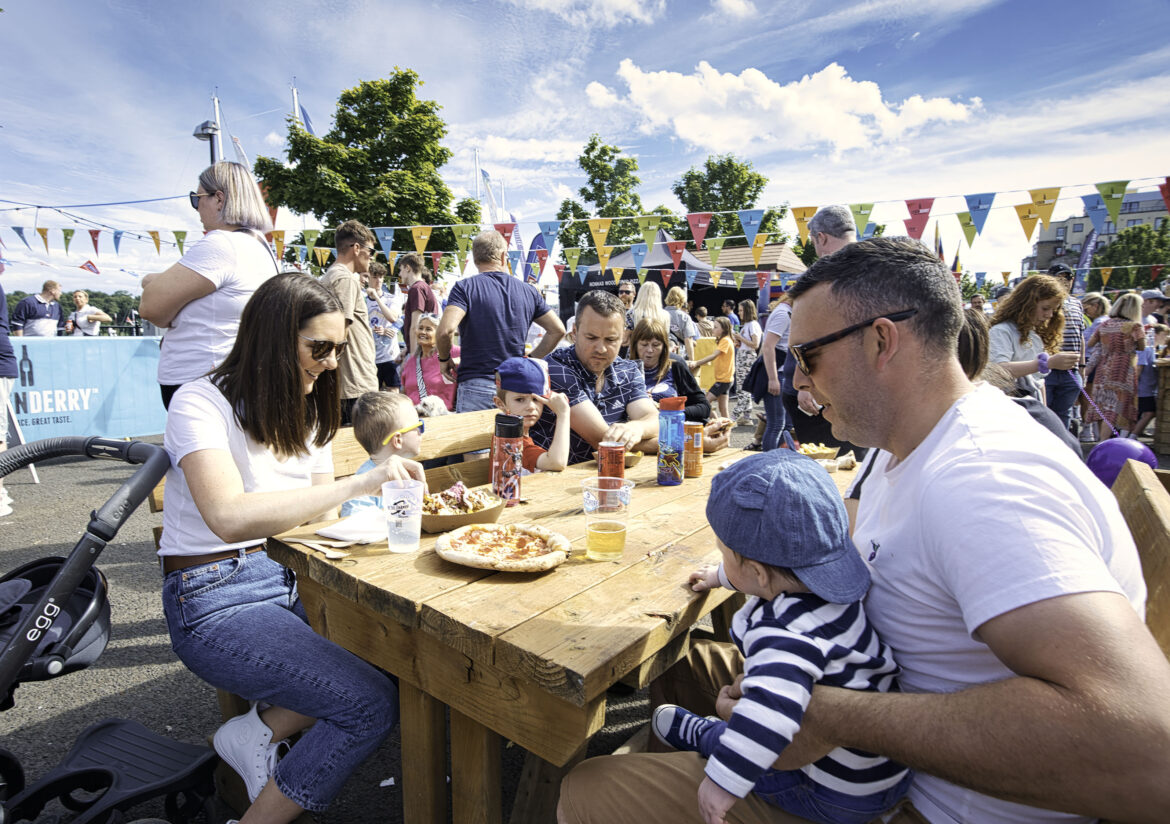 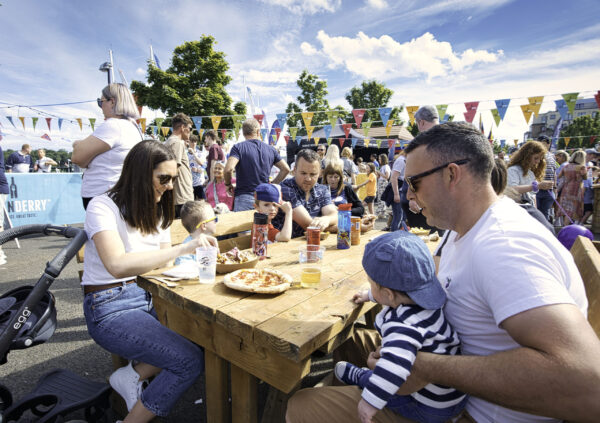 While the activities, entertainment and food from the Foyle Maritime Festival proved a massive hit with the thousands of visitors, the strong eco focus of the five-day event has also produced some impressive and thought-provoking results.

The festival returned to the city’s Quay for the first time since 2018 and this year brought several sustainability-driven additions and initiatives to encourage positive environmental action, and which also saw Derry City and Strabane District Council launch its ‘Big Plastic Pledge’.

There were hydration stations dotted throughout the festival site where people could refill and rehydrate, reducing the amount of plastic which was purchased and wasted – resulting in almost 2,500 water bottles being refilled.

Eco champions were readily available to advise festival goers of the multiple recycling bins placed at different points for food waste and dry recyclables, which led to some seven tonnes of waste now being recycled into compost and other materials.

At the festival bar, an innovative cup deposit return scheme was trialled – with customers charged less for their refilled drink if they brought back their plastic cup.

This resulted in over 15,500 cups being reused over the course of the weekend.

Elsewhere, the impact of textile waste on our seas was on the agenda, with attendees offered the chance to swap clothing at the Forever Fashion Swap Shop, leading to 35 exchanges.

There were plenty of educational activities to provide handy and insightful information on the impact of sustainability and environmental action focused on the festival theme ‘What Lies Beneath’, with the Science of Water tent hosting a ‘Plastic Soup’ exhibition, sharing facts about pollution in our seas which children learned more about during the interactive science workshops.

Indeed, over the course of the festival, the STEM Aware team welcomed around 1,800 people to the tent.

Additionally, Council installed artwork along the Quay, including ‘Turn The Plastic Tap Off’, which was made of plastic bottles collected by council staff, and was surrounded by trollies that had been fished out of the River Foyle, as well as the ‘Ronan the Seal’ artwork painted prominently on the wall of the Foyleview Apartments – all highlighting the impact of pollution on our seas and marine life.

Local company In Your Space Circus had two special eco-focused characters, Washed Up Mermaid and Detritus the Sea God roaming the Quayside sharing interesting facts about the impact of sea pollution, while many of the maritime-themed props adorning the Quay were also re-purposed to minimise waste, with port master from Killybegs and Greencastle both generously donating old fishing nets, buoys and lobster pots which were used to dress the festival site.

Over the course of the five days, almost 140 people made the Big Plastic Pledge, which entails Council asking everyone to take three simple steps in their everyday lives to make the environment better, from taking a reusable bag shopping, to using reusable bottles, containers and cutlery to reduce packaging, to simply spreading the word to others.

Oonagh McGillion, Council’s Director of Legacy, said: “We are extremely pleased with the success of our environmental initiatives throughout the Foyle Maritime Festival and with the level of engagement and interest from those attending the event.

“The stats from the five days really speak for themselves.

“As a council we are conscious of the environmental and sustainability impacts we can make and how we can promote and encourage positive change.

“Through the festival activities we were able to shine a spotlight on some important and thought-provoking information, especially in relation to waste prevention.

“We all have a role to play and team efforts have contributed to this success.

“This was very evident in the festival right from the outset at the planning stage through to delivery from our events, environmental and marketing teams, our food and drinks vendors as well as the artists and then at the festival itself when visitors responded so positively to the messaging.”

She added: “It doesn’t stop here – we would love to see as many people as possible signing up to our Big Plastic Pledge as we will continue to champion this moving forward.”

You can #BeTheChange and sign up for Council’s Big Plastic Pledge by visiting: www.foylemaritime.com/pledge