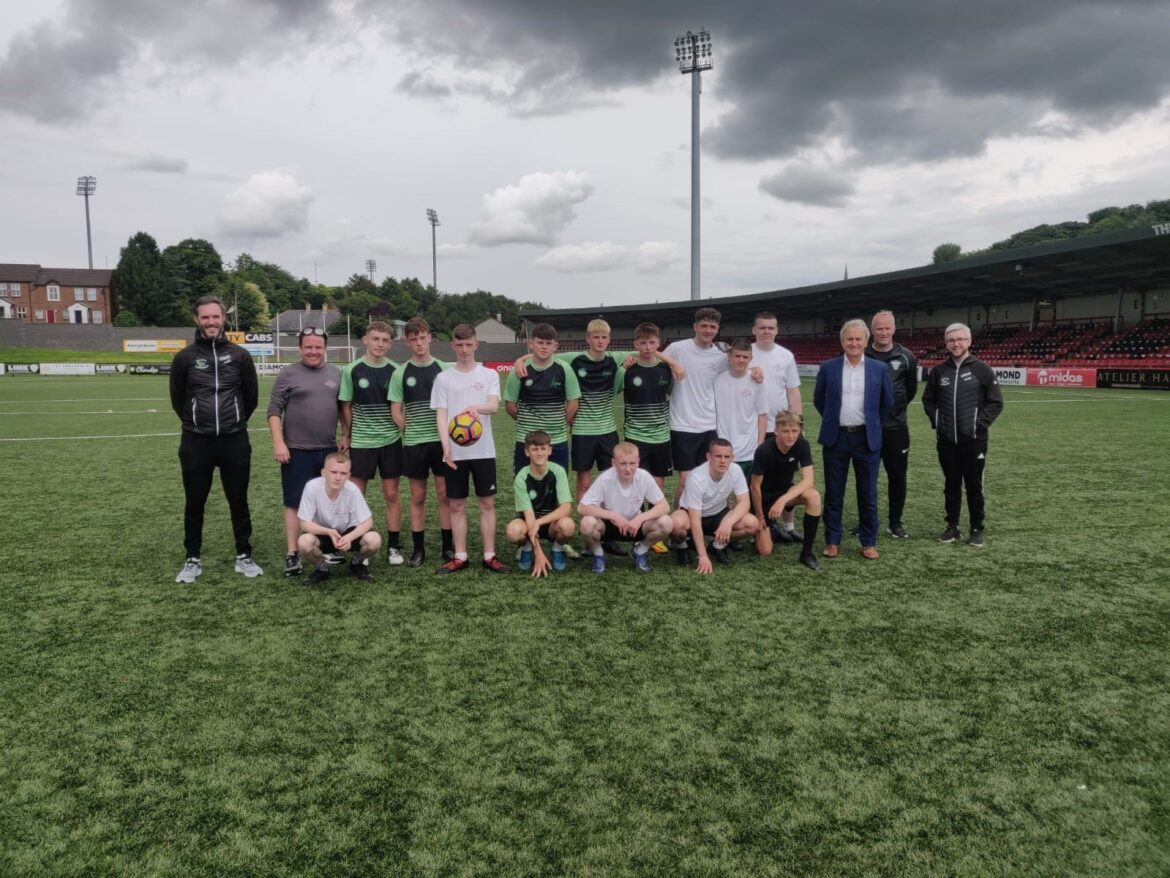 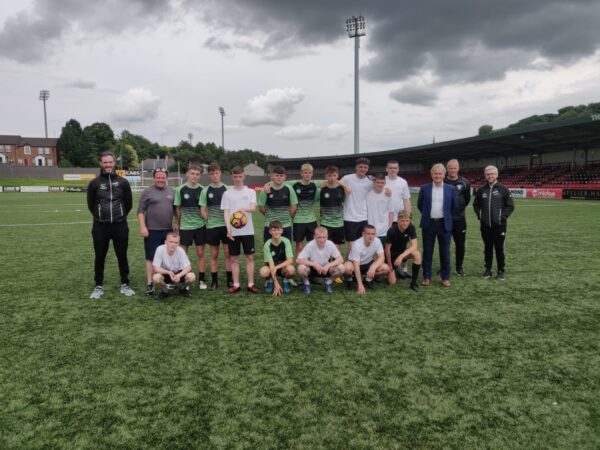 A local youth project in the city has successfully brought close to 100 young people from across the North of Ireland and the border counties to take part in a mini football tournament aimed at building positive relationships and breaking down barriers.

Lifehack, part of Creggan Enterprises, which is funded through the International Fund for Ireland’s PYDP Programme, hosted the cross-community event at the Ryan McBride Brandywell Stadium.

The tournament aimed to bring young people together from both sides of the community to develop relations, deepen understanding of each other’s culture and promote healthier life choices.

The tournament saw eight teams from across NI and border areas take part and the final was won by Lifehack A in a hot contest with Mid Louth.

The standard of football throughout was fantastic showcasing the talent from across NI and the Border region.

IFI Chairman Paddy Harte says: “The Lifehack football tournament is a perfect example of what can be achieved when people work together.

“We are passionate about giving young people the means to change the direction of their lives and make a better contribution to their communities.

“This is an area that the IFI will continue to invest in because young people, when they are believed in and given a chance, can make a hugely positive difference to society.”

The Lifehack Project has been supported by the IFI since 2017 delivering tailored programmes for every individual.

Many participants come from complex backgrounds, but the Lifehack team is transforming young lives with opportunities to create a positive future.

It has enrolled 108 young people since 2017 with many completing a range of accredited and non-accredited training courses. Over 30 young people to date are now in paid employment through the project.

Richie McRory talks about the success of the project and recent tournament: “The Lifehack Project is now in its sixth year.

“The project works primarily with young people from Creggan and the surrounding areas but has in recent times been reaching out to young people in other areas of the city including Galliagh, Lincoln Courts and Clooney.

“The project also offers a range of accredited training including Essential Skills, CSR and a wide range of OCN courses.

“Each participant works alongside staff to develop a tailored plan best suited to meet their needs and help them achieve their personal goals.

“The Cross Community football event came about on the back of a casual conversation I had with Brian Caskey from Belfast based Limestone PYDP earlier this year.

“We agreed that it would be great to bring young people from different communities in Belfast and Derry together for a football match. From there the idea grew and I decided to open the invite up to other projects.

“The day was an enormous success, participants had a fun time, met young people from other communities and played football of an extremely high standard in state-of-the-art facilities.

“For me the most important thing was bringing young people back together, they have spent so much time apart due to Covid.

“All the young people who took part were a credit to themselves and their communities and we plan to build on this for next year with the hope that the event can travel around annually and be hosted in a different area of Northern Ireland and the southern border region.

“I would like to thank IFI for their ongoing support for our project as the work is critical to cement the peace that we have come to enjoy.”

Brandon Lynch has been a participant on the Lifehack project for a couple of years and has accessed a wide range of opportunities.

He has successfully completed a range of OCNs including Peer Mentoring, Good Relations and is currently working towards his Driving License.

He added: “It is good for us to meet people from other communities as we do not often get the chance. I have met loads of new people some from all over, areas that I would never be in.

“I really enjoyed the tournament and it taught me the importance of working together positively to achieve success.”