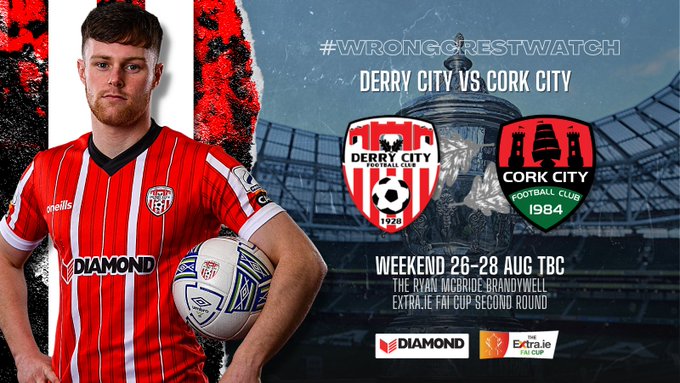 Derry City will host Cork City in one of several fascinating ties which emerged from the FAI Cup second round draw this afternoon.

First Division leaders Cork will make the long trip north, looking to upset one of the leading teams in the top flight.

The only all-Premier Division tie sees Drogheda United host Shamrock Rovers, with United beating the Hoops in the competition last year and already in the Premier Division.

Wexford FC, who caused the biggest surprise of the opening round, face strong opposition again as Dundalk will travel to Ferrycarrig Park.

All four non-league teams have been handed home draws.

The ties will be played on the final weekend of this month, August 26-28.