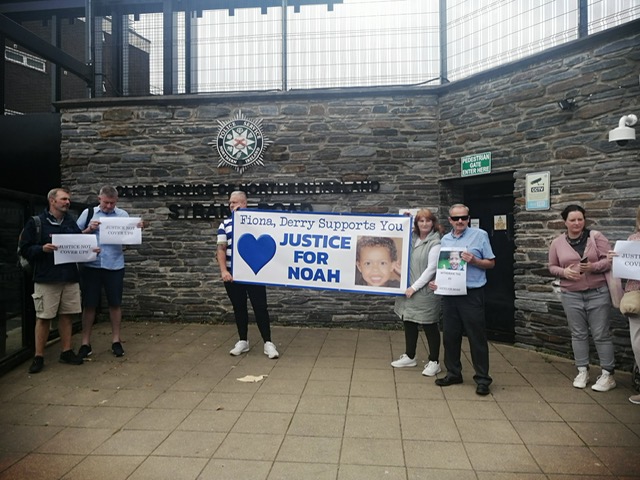 A dignified protest has taken place against the decision by British Secretary of State Shailesh Vara to grant a Public Interest Immunity Certificate (PIIC) in relation to the death of Noah Donohoe.

The 14-year-old was found dead in a Belfast storm drain days after disappearing in June 2020 while out on his bicycle.

The PIIC will be used at Noah’s forthcoming inquest to withhold information from the public and his heartbroken family say questions still remain over the events surrounding his death and how he ended up in the drain.

The protest was held on Monday evening outside Strand Road PSNI station in Derry.

Mayor Duffy said: “It is vitally important that Fiona Donohoe and her family and friends get the full truth about Noah’s death and that there is open and transparency throughout this process.

“I will continue to stand with Fiona Donohoe and her family in their campaign for justice and truth. They deserve nothing less. We need to join together to oppose any effort to cover up the circumstances of Noah’s death.”

Also at the protest, former People Before Profit MLA, Eamonn McCann said it was very important that people came out in public and expressed their anger at the way Fiona Donohoe had been treated in relation to her son.

He added: “The fact of the matter is, if they have issued a PIIC, that was not done on a casual basis.

“That was done as a result of discussions between high level political people and security people. What were they discussing and why is it we can’t be told what they were discussing? 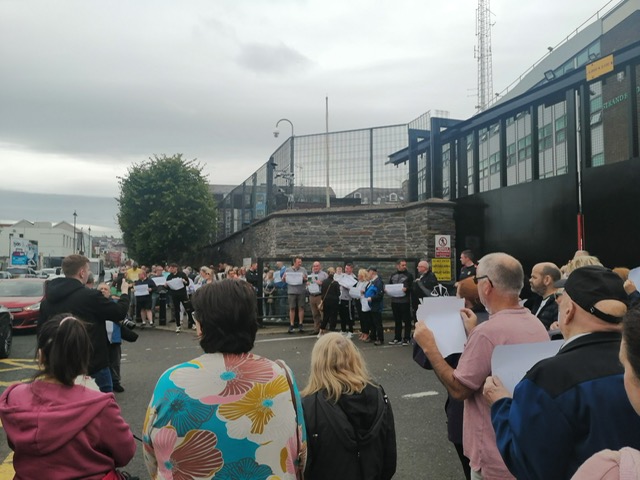 “If they have a valid reason for doing this, tell us what it is. What’s more, there are an awful lot of people, hardly anybody in the North will say they are against telling the truth about how wee Noah was killed.

“Everybody says, ‘Yes, we are in favour of the truth’ but where are they? Why is the Policing Board still packed with people from all arts and parts and all sides of the political spectrum?

“Here is a clear example of the State condoning, in effect, the murder of a child, almost certainly a sectarian murder, which we can’t say for definite and we can’t say it for definite because we are not being told the facts.

“Tell us the truth and be done with it. Let the blame fall where it may,” added Mr McCann.