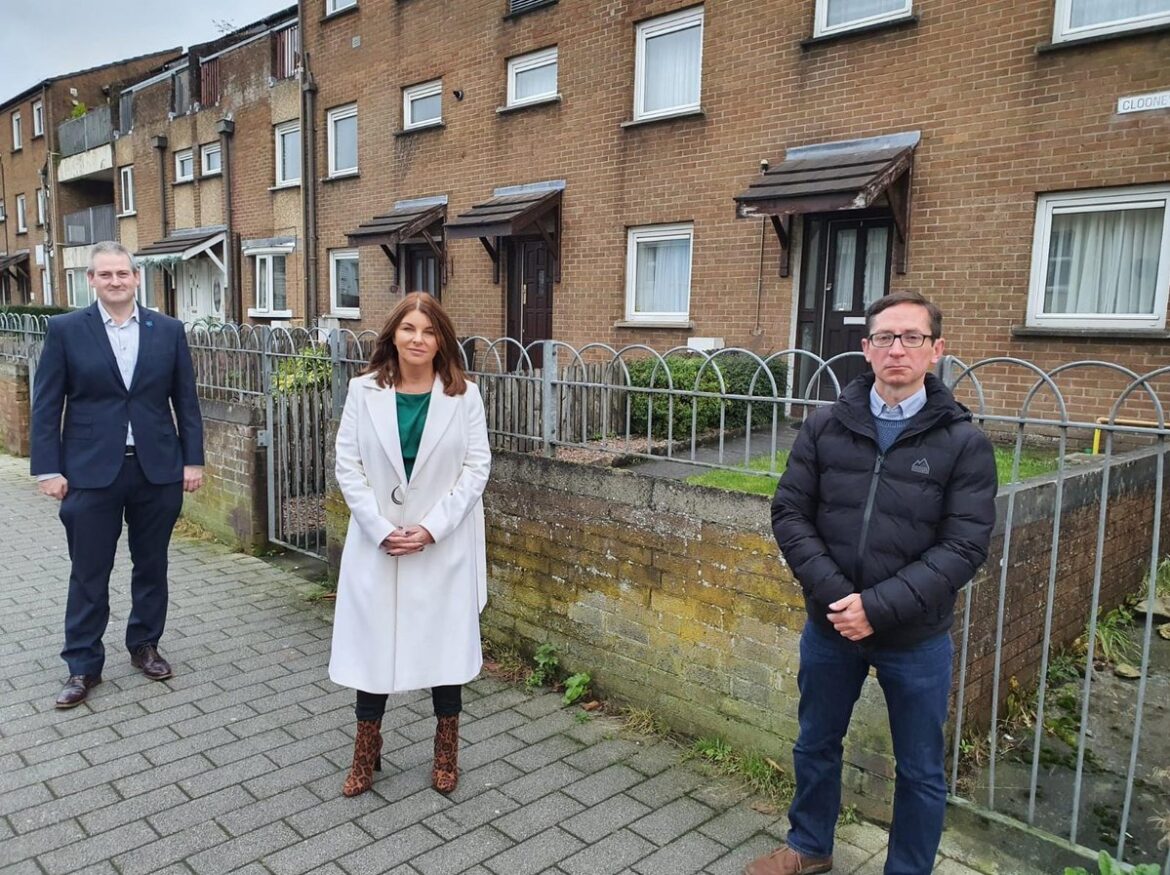 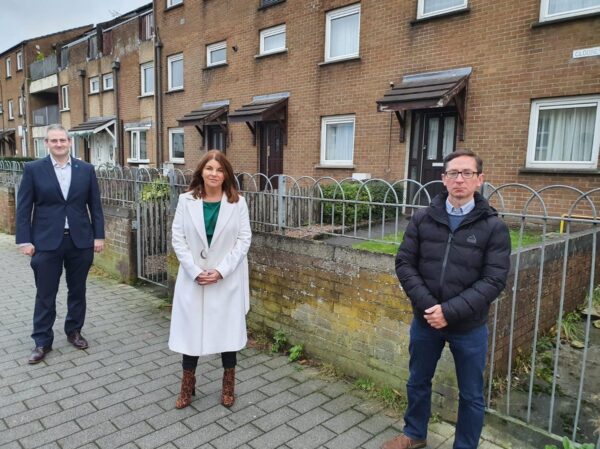 THE SDLP’s Sinéad McLaughlin has said many residents in the Triangle area in the Waterside are at their wit’s end with poor living conditions, adding that enough progress in addressing these issues has still not been made.

It follows the response of the Department for Communities to a number of AQWs tabled by Ms. McLaughlin in relation to ongoing problems that still have not been resolved.

The answers have revealed that the Housing Executive first noticed water ingress problems at the properties in 2012/2013 and has carried out response maintenance repairs since then while the improvement scheme is ‘finalised’ (AQW 299/22-27).

Said the Foyle MLA: “The truth is that residents are at their wit’s end with the problems they have experienced for years in this area and they are rightly and justifiably frustrated by the pace of improvements to their homes.

“The Department for Communities and Housing Executive have known about the challenges in this area for years and yet we still have not seen the progress that residents need and deserve.

“I fully appreciate the hard work of everyone involved in this project and acknowledge the difficulties of complications in such projects, especially over the last few years.

“However, there is no longer any excuse why these issues have not been addressed.

“I have written to the Communities Minister Deirdre Hargey asking the Department to provide a clear timeline for the refurbishment of the estate and its assessment of the likelihood of any delays, along with what steps the Department is taking to mitigate against them.

“I have also asked the Minister whether she will encourage the Housing Executive to write to residents in the estate and provide them with an update on the scheme.”