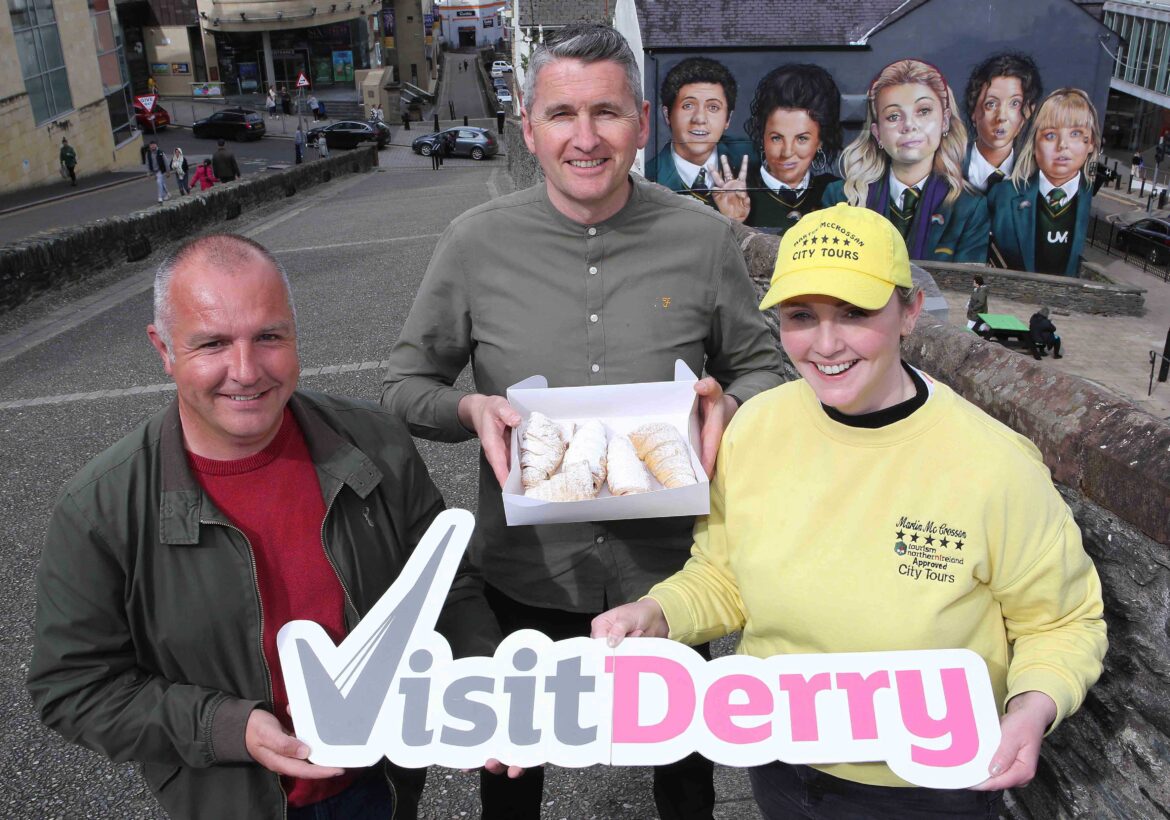 McLaughlin: More should be done to maximise Derry’s tourism potential 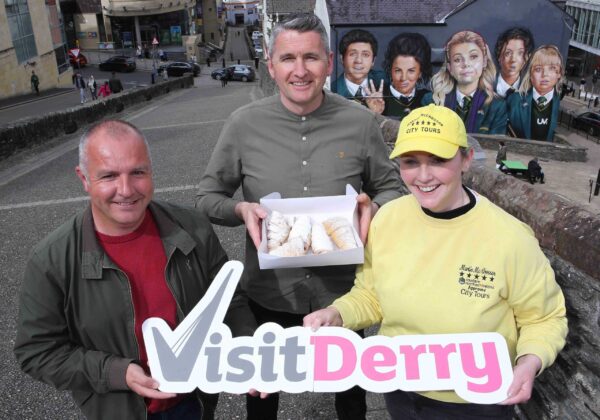 I’M A DERRY GIRL! The hit TV show, Derry Girls, may be ending after the third series but its legacy will live on in the place that inspired it with the creation of themed tours and food experiences to delight fans. Tour guides (l to r) Gleann Doherty, Derry Guided Tours, Derry Girls Sites Private Walking Tour, Fergal Doherty, Wild Atlantic Travel Co, Taste The North West, Derry Girls Food Tour and Charlene McCrossan from Martin McCrossan City Tours, ‘Derry Girls’ Tour, all enjoy a cream horn made famous by the show to mark the end of the iconic series.

Following the release of a new report by Tourism NI, the SDLP’s Derry Assembly representative Sinéad McLaughlin has called for more action to be taken to maximise the potential of tourism to Derry.

Said the Foyle MLA: “Due to Covid-19, in the past couple of years many have opted for holidays closer to home and enjoyed the significant tourism offering on our island.

“It is encouraging to see that there has been a continued demand for these trips which can make a hugely positive contribution to the local economy.

“There is so much potential to create opportunities in Derry to boost stays like this and cement our city as the North-West’s tourism capital.

“For example, I have long called for the very successful Wild Atlantic Way to be connected with the Causeway Coast, allowing Derry to be the regional capital that connects these two routes.

“We can also do more to work with Tourism Ireland and Donegal County Council to better integrate the North West’s tourism region.

“The recent Maritime Festival also showed the potential of the River Foyle and maximising the opportunities the river front affords our city could only bolster our tourism potential.

“Derry has so much to offer and we just need to be ambitious in taking advantage of this potential for the benefit of everyone in our city.”