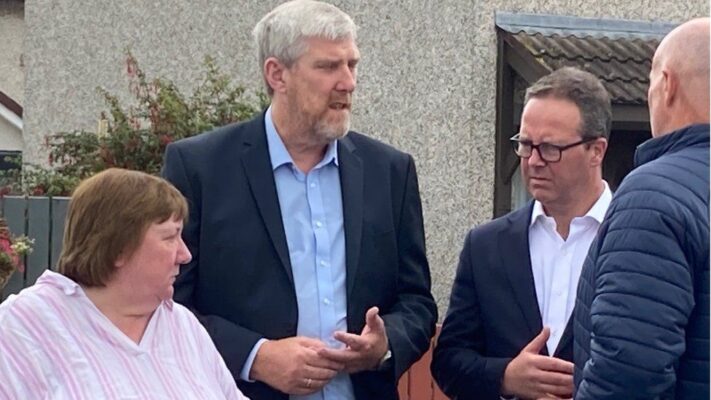 The North’s Infrastructure Minister has defended his department’s response to flooding in the North West at the weekend.

John O’Dowd is visiting the region to see the affect on residents and businesses.

At least one resident of St Canice’s Park in Eglinton said he was too angry to meet Mr O’Dowd on Tuesday.

Mr O’Dowd said since the last major flooding incident in Eglinton in 2017, the Department for Infrastructure (DfI) had installed two sandbag banks in the area.

That, he said, had helped save a number of homes.

He said the flooding at the weekend began so quickly there was little anyone could have done.

Despite having only a 20-minute warning ahead of Saturday night’s heavy rain his department, the minister said, had “swung into action across the area that was affected”.

A feasibility study was undertaken but there has been some frustration in the local community that it has not progressed further.

The minister said it was important all options were explored to protect homes from recurring flooding.

“This is a very complex issue that is not easily resolved or solved,” he said. 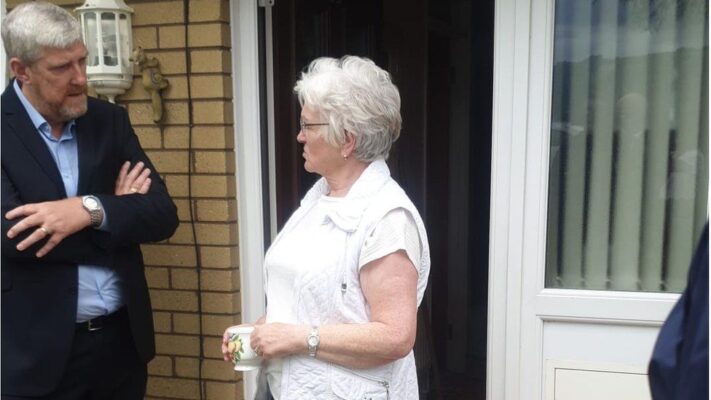 Greta Mooney was among the residents who met Mr O’Dowd

“We want to ensure that the solution we put in place for St Canice’s Gardens is permanent and viable over at least a generation”.

Mr O’Dowd also said his department “does not have the money at this stage” for the scheme.

That flooding has become more regular, Mr O’Dowd added, “shows how quickly our climate is changing”.

Officials will review the department’s response to Saturday’s floods to see “what lessons can be learned”, he said.

At the weekend it is understood 70mm of rain fell in the space of five hours, overwhelming river banks and drainage systems in the north west.

The minister is also due to visit Strabane, Drumahoe and Derry on Tuesday to see the affect on residents and businesses.