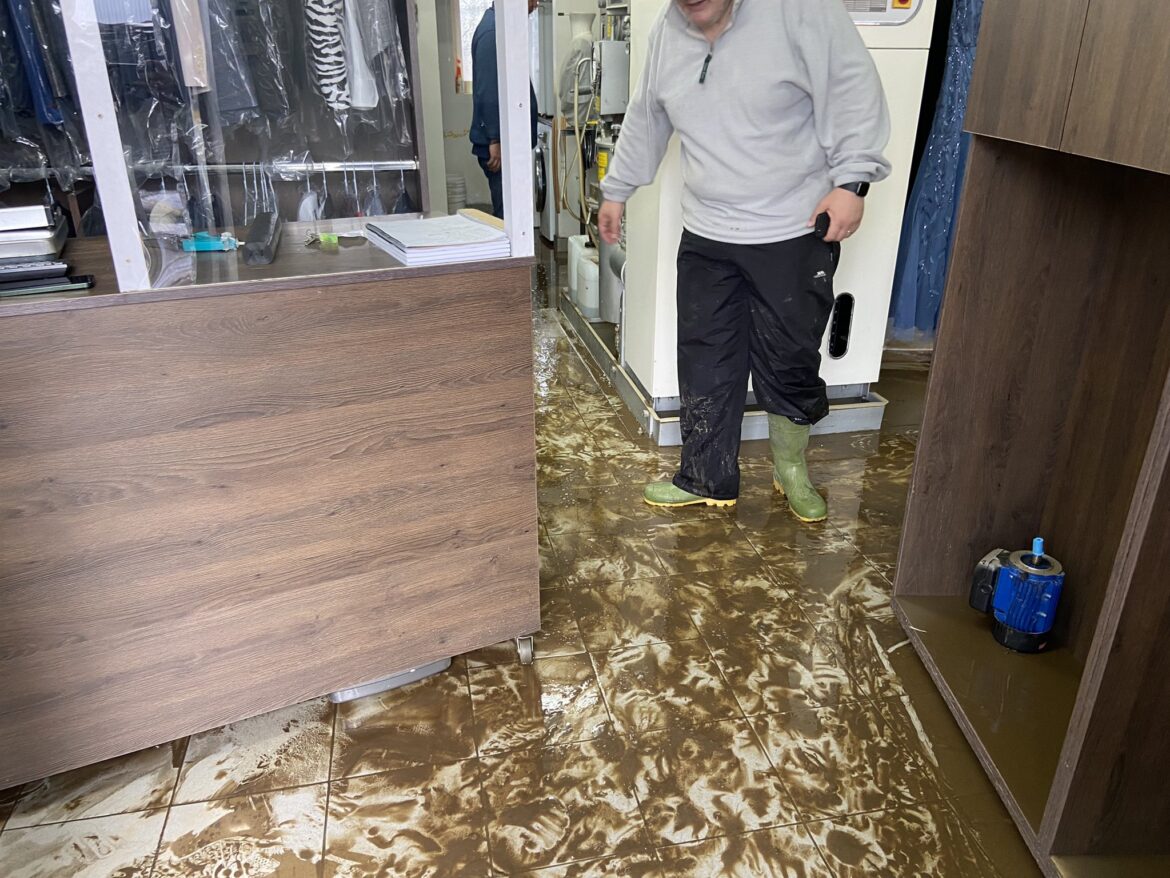 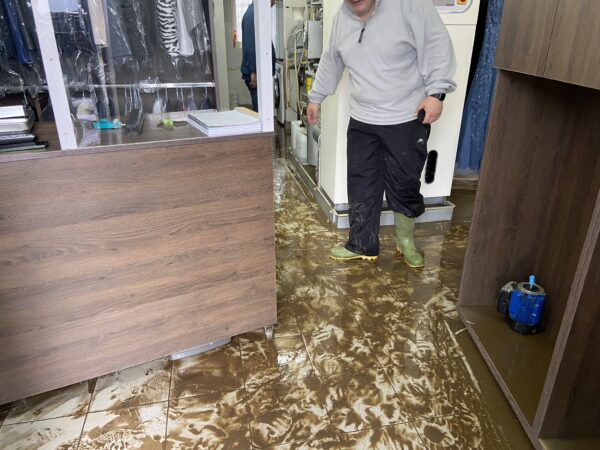 Homes in Eglinton flooded during heavy rain on Saturday evening

An estimated 200 properties were flooded in the North West following heavy rain over the weekend, local representatives have said.

A multi-agency meeting took place on Monday to discuss the response to the weekend flooding incident.

Speaking afterwards, a councillor criticised Stormont’s Department for Infrastructure, stating it had been slow to react.

The Ulster Unionist councillor encouraged anyone who has experienced flooding inside their home to register their details with the council as soon as it is practical to do so.

Alliance Councillor Rachael Ferguson told the BBC: “The council got as many sandbags as it could out and put emergency plans in place.

“Where the failing was is that DFI’s (Department for Infrastructure) response was too slow.

“Council really did step out while DFI were still trying to figure out what to do.

“What we have been told at this meeting today is that it looks around 200 properties have been affected so far.”

But the Department for Infrastructure has defended its response, insisting it was well prepared, with staff on standby despite a “short notice” weather warning.

It described a “significant event”, and said staff were extremely busy with more than 350 flood-related calls and more than 8,000 sandbags were deployed.

A departmental spokesperson said that the Met Office has estimated that 70mms of rain fell in the area in five hours on Saturday evening.

It said that compares with a situation in the North West in August 2017 when some 60-70mm of rain fell over an eight to nine-hour period, resulting in the flooding of around 400 properties.

“As a result of the efforts by the department through Saturday evening and into the early hours of Sunday morning, many homes were protected from flooding,” they added.

Infrastructure Minister John O’Dowd is set to visit some of the affected areas on Tuesday.

Clean-up efforts continued across Derry and Strabane on Monday in the aftermath of the floods. 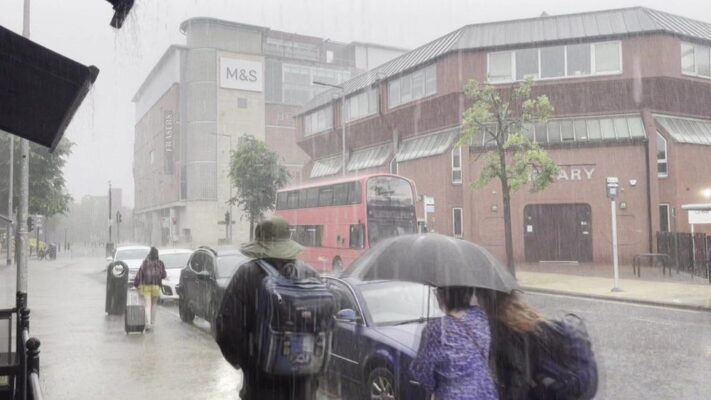 An emergency assistance scheme, which can award a flooded household £1,000, is open for applications.

It is not yet known how many applications that Derry City and Strabane District Council have so far received for the Department for Communities’ assistance.

Six people were rescued by emergency workers on Saturday evening.

The Northern Ireland Fire and Rescue Service (NIFRS) said it received more than 100 calls and responded to 49 incidents.

NIFRS group commander David Doherty told the BBC that the priority as they received calls was lives over property.