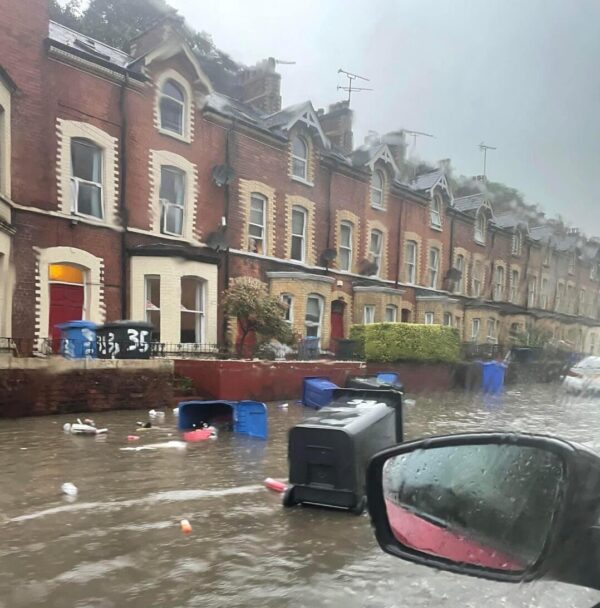 Six people have been rescued amid heavy flooding in the Derry and Strabane areas, the Northern Ireland Fire and Rescue Service has said.

One person was rescued from a vehicle in water, while five people trapped in flooded properties were also rescued.

The Met Office had issued a yellow weather warning for rain on Saturday evening, which lasted until 11 pm.

Up to 30mm of rain fell in the space of an hour yesterday evening.

And the Met Office say further heavy rain can be expected today across the Derry and Strabane council area.

Police advised drivers in the Foyle area of hazardous driving conditions due to flooding.

The Foyle Maritime Festival ended its programme of events for Saturday evening early for health and safety reasons.

The Fire and Rescue Service said it received a total of 106 emergency calls related to flooding between 07:00 BST on Saturday morning and 01:30 on Sunday morning.

As a result of the calls, fire crews responded to 49 incidents.

Flooding was reported in a number of areas in Derry, including the Strand Road and Foyle Road.

SDLP Councillor Jason Barr said: “With the intense volume that the rain came down the actions of ourselves couldn’t have prevented it.”

Mr Barr said the council and the NIFRS were prompt to distribute sand bags to properties at risk.

His colleague, Cllr Steven Edwards, described the downpour as “apocalyptic”.

During Saturday night’s heavy rain, Ulster Unionist Ryan McCready called for volunteers to help deliver sandbags to properties in the area and check on neighbours.

DUP MLA Gary Middleton said the rain had had “a devastating impact”.

He tweeteed: “The heavy rainfall has had a devastating impact on many properties across Foyle. 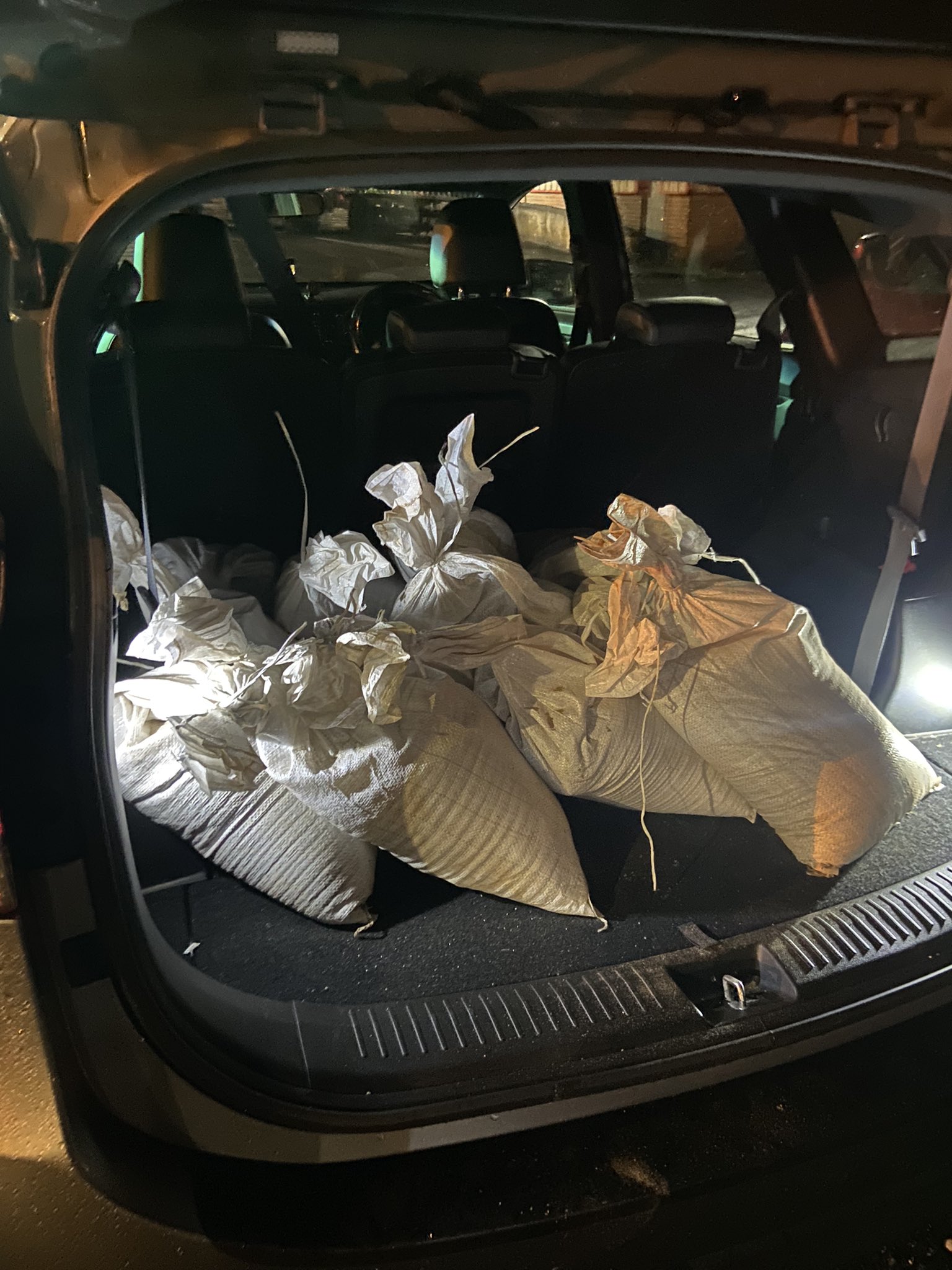 Sand bags being distributed in Derry on Saturday evening

“We’ve been getting around as many as possible whilst engaging with gov bodies. Amazing effort by local communities.

“My office will be open tomorrow (Sunday) to assist further with the clean up and aftermath.”

The Western Trust said the emergency department at Altnagelvin Hospital had been affected by the “unseasonal heavy rain” and that as a result, some areas of the department had to temporarily close.

Anoop Guram, whose takeaway business in Strabane was flooded, said the water was about three inches deep in his premises.

“We had to close… there will be damage to the floors,” he told BBC News NI.

Donegal County Council said heavy rain in east Inishowen had resulted in damage to roads and bridges in the area.

It said there was “significant debris” on the main Muff to Moville road, just across the border from Derry.