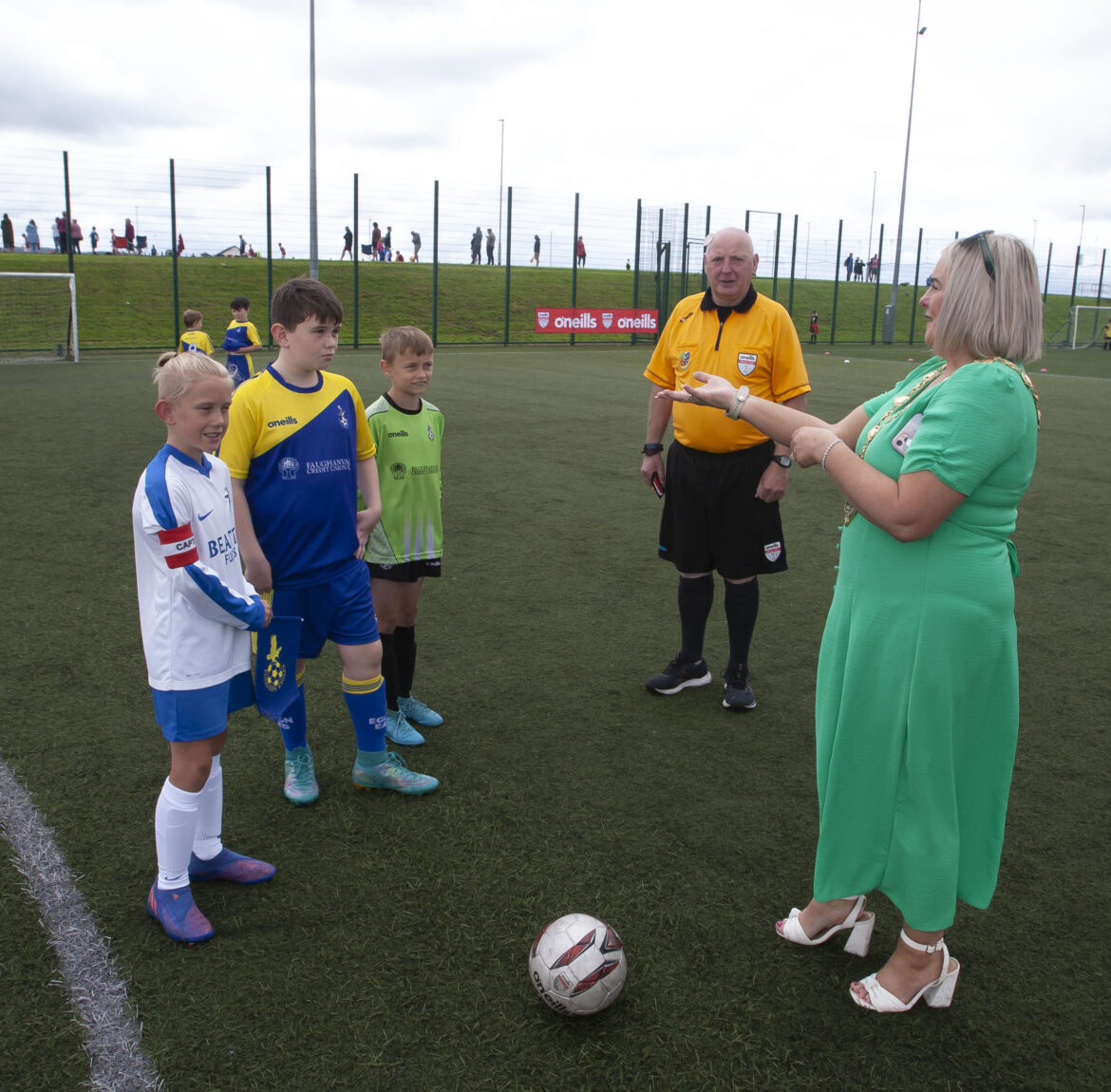 Mayor hails all involved in biggest ever Foyle Cup 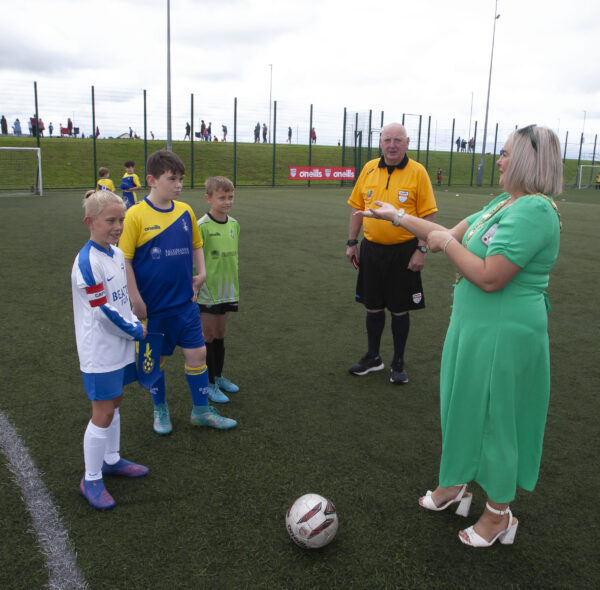 The O’Neills sponsored event has made a welcome return for the first time since 2019 with games being played in Derry, Strabane, Limavady, Coleraine and Donegal.

Mayor Duffy hosted the opening ceremony in Guildhall Square on Tuesday following a parade by thousands of players through the city centre and was in Leafair to watch some of the action for herself.

“I’m thrilled to see the return of the O’Neills Foyle Cup bigger and better than ever before with 455 teams and 7,000 youngsters playing in the six day festival of football,” she said.

“It is a tournament that has developed an international reputation for the warmth of the welcome and the efficiency of the organisers and I am pleased to see clubs from Europe and the USA returning this year.

“Some of the best players in Ireland cut their teeth at the tournament but it is one that everyone who has participated in never forgets.

“It is a special week for the players, coaches and families who will create memories that will last a lifetime.

“I’d like to wish the everyone involved all the luck in the world and thank the committee, sponsors and referees for the smooth running of the tournament.”

For results, updates and fixtures for the 2022 Foyle Cup visit: foylecup.com