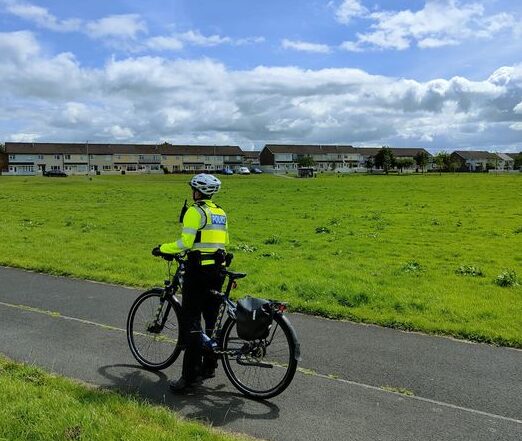 Suspect arrested after dog hit by motorbike in Derry

A male has been arrested in Derry after a dog was hit by a motorbike in the city.

Police Derry City and Strabane say: “Last week a man was out walking his dog on the black path behind Galliagh Park when a male riding a motorbike at speed hit the dog.

“The rider fell off the bike and the dog had to be taken to the vet.

“Ballyarnett NPT were on scene almost immediately and so the rider jumped back on the bike and sped away.

“Unfortunately for him he dropped his mobile phone in the process.

“The male was tracked down, interviewed and reported for numerous driving offences.