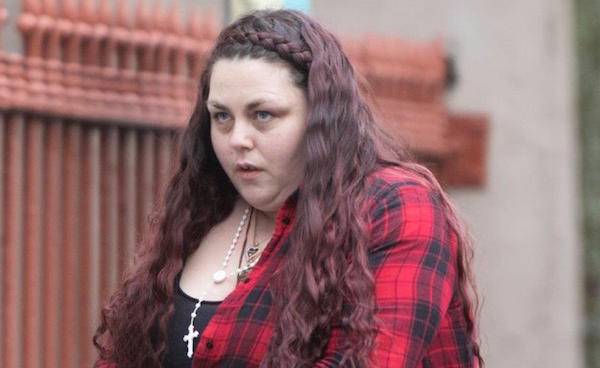 A woman involved in an incident in which more than €250,000 of damage was caused when an equestrian centre was firebombed has avoided jail after a court heard she was under the influence of her ex-boyfriend.

Julie McCartney, 35, whose address was given at a previous court appearance as of Ashmore House, Edenmore Court in Derry, appeared before Letterkenny Circuit Court in Co Donegal where she pleaded guilty to handling a large quantity of stolen equine equipment.

The haul included four horse bridles, 12 harnesses, a saddle and 10 sets of reins.

The equipment went missing after a huge fire at Lenamore Stables in Muff, Co Donegal on November 4th, 2018.

Two showjumping horses, including one worth more than €100,000 were burned alive in the blaze while a person working at the stables was also injured.

The owner of the stables, Ms Geraldine Graham, was awoken after 5am after she heard a loud bang and found the stables on fire.

Her son Kenneth and some other staff managed to get five out of seven horses out of the stables but two perished while a horse transporter was also destroyed.

A victim impact statement from Ms Graham told how she watched in horror as sheets of perspex fell into the stables and noticed a horrific smell and saw two dead horses.

Ms Graham added that they could have all been killed in the blaze and how she will never forget the horror of the night.

A suspect was quickly identified after an earlier incident in which a man was asked to leave his bed and breakfast lodgings at the stables because he annoyed other guests. 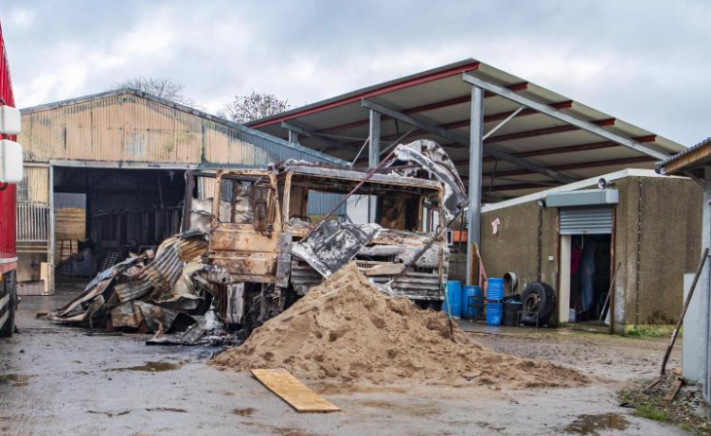 The damage caused to Lenamore Stables. Pic by NorthWest Newspix

Garda Declan Lambe said Ms Graham realised the man had given a false name and was along with Ms McCartney who Ms Graham knew personally.

The court heard that the accused had been attending the stables from when she was 11 years of age after being brought there by her grandmother for ‘horse therapy.

The couple were asked to leave and had walked across the border into Derry just hours before the huge blaze.

Gardai contacted the PSNI who interviewed Ms McCartney in Derry and she made certain admissions.

The stolen equine equipment was later recovered at an apartment complex in the Donegal seaside village of Greencastle where McCartney and her then-boyfriend had been staying.

She was later interviewed on five occasions by Gardai and admitted driving the suspect in the fire to the bottom of the lane to Lenamore Stables but did not know anything about the blaze until the following day.

Barrister for Ms McCartney, a mother-of-three, Mr Sean Magee, stressed that his client had nothing to do with the arson attack.

At the time she was in an abusive and controlling relationship with a man and one which could be classified as coercive.

When later told about the consequences of the fire for the Graham family Ms McCartney was left “devastated”, added Mr Magee.

He added that his client had known three generations of the Graham family and had now lost touch with them all as a result.

Passing sentence, Judge John Aylmer said he accepted that McCartney was in an unhealthy, coercive, abusive and controlling relationship at the time.

He placed the offence of handling stolen goods in this case at the lower end of the scale but one which merited a sentence of two years in prison. 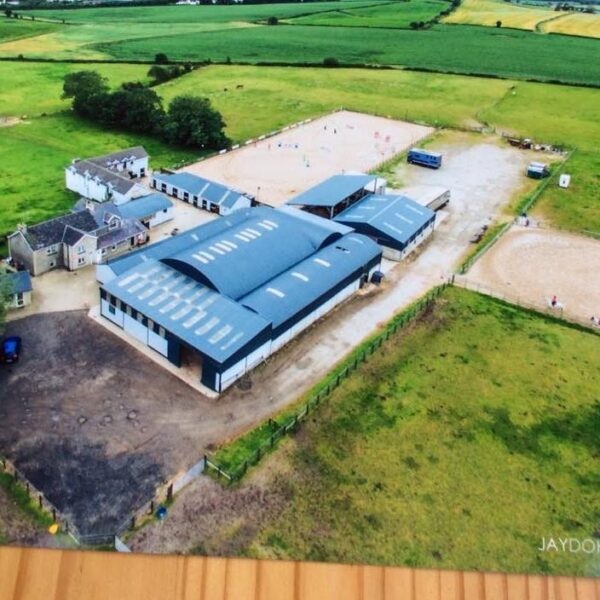 However, in mitigation he said she went to Gardai herself and reported the matter, had entered an early guilty plea and is genuinely remorseful.

He added that she had already spent 82 days in custody and that this was a very sobering experience for her.

He added that she had been identified at an early age as having some special needs and this is why her grandmother had initially brought her to the stables.

Judge Aylmer noted she is now a careworker and that her employers have kept her job open for her.

He said this appeared to be a case where it was appropriate to suspend the entire sentence but ordered McCartney to keep the peace and be of good behaviour for 12 months.