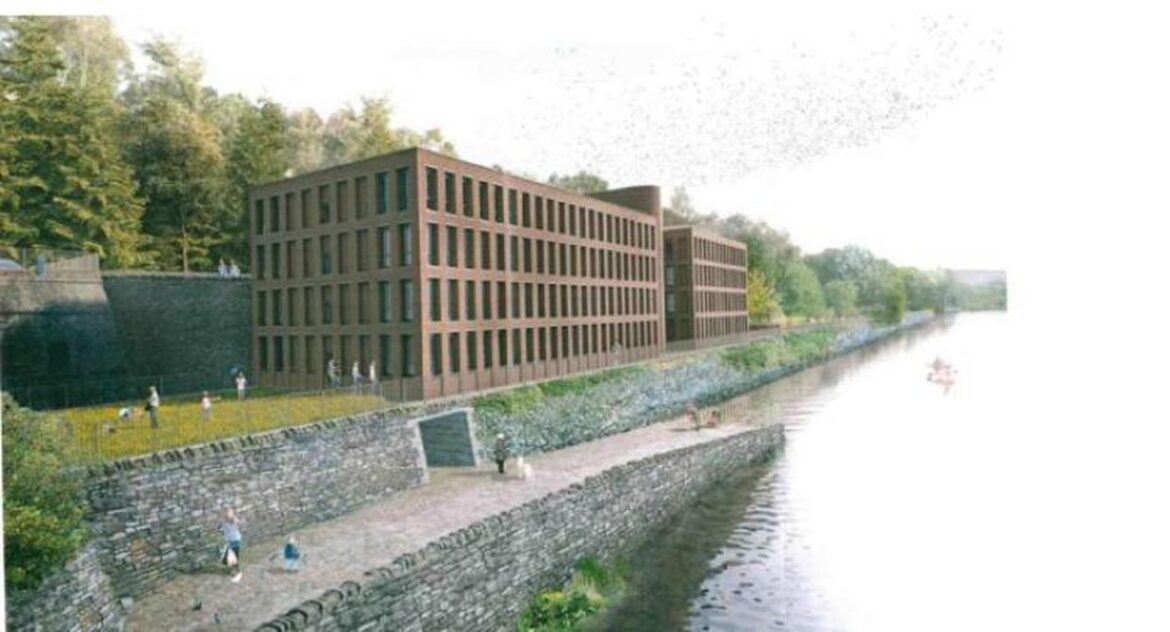 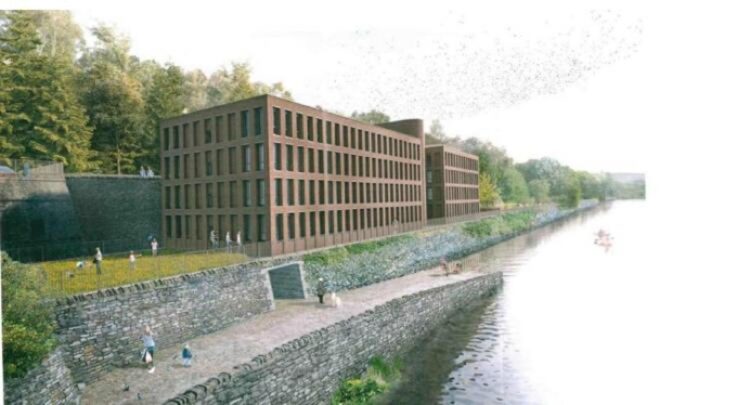 Derry City and Strabane District councillors have voiced their opposition to a housing development which could hamper the chances of future rail expansion in the North West.

Local planning officers previously described the location as “possibly the most difficult regeneration site” in the city.

However, the site location – 22m below road level and sandwiched between the River Foyle and a busy main road – poses unique challenges.

Rail lobby group Into the West which has relentlessly campaigned for rail expansion has highlighted concerns with the development.

At the meeting, a number of Derry City & Strabane District councillors expressed their “disappointment” that a decision made by local representatives on the planning committee had been overturned after the housing provider, Clanmil, challenged the decision.

People Before Profit councillor Maeve O’Neill said the council is committed to the expansion of rail across the district and North West city region.

Councillors were asked to note that the development is located on a former railway track bed, which wasn’t listed amongst reasons for refusal by the council’s planning department.

Ms O’Neill said it is a vital link to continue rail south from the Waterside station, and building new homes there would make the possibility of a railway line returning from Derry to Strabane, or even Letterkenny, a “lot more unlikely”.

Derry to Strabane could connect the North West to the old Dublin route which could be a “game changer” for the region.

Ms O’Neill’s motion stated: “Council instructs officers to explore all avenues with Clanmil and other stakeholders (DfI, Infrastructure Minister, Into the West, etc), with a view that no development take place on that site that could impede future rail expansion within and from Derry.

“Council will examine the full range of possible solutions that would keep that route free for future rail expansion.

“Examples of such solutions could include a redesign of Clanmil’s proposed building, compulsory purchase of the site, a land swap, or finding an alternative location for Clanmil to develop its social housing units on.

“Council will report back to the relevant committee on the range of options it has explored and any costs that would be involved, with an officer recommendation for which proposed solution the Council should pursue with stakeholders to ensure no development occurs on the site that would jeopardise future rail expansion.”

Sinn Fein councillor Christopher Jackson said it was disappointing to see the decision of the planning committee overturned by the Planning Appeals Commission.

He said his party it is fully committed to establishing an all-island rail network and addressing the social housing need in the district.

He argued that social housing needs to be built in the right area with facilities nearby.

“We would be keen as a party to use public land to address the social housing need,” he said.

“If this is something that can be explored further through this motion I think as a council we would be setting a very good precedent because there is a lot of land in public ownership right across our district and we do have a social housing crisis.”

SDLP councillor Sean Mooney described it as a “timely motion” and suggested it could well be “lights out for rail in this region” if the development goes ahead, given the cost of a bespoke engineering solution to circumvent the issue.

“If it goes ahead, obviously the site won’t be made available and therefore it could very well inhibit any future rail development we have in this area.

“It’s clear that the benefits from rail expansion would be significant for our region and we do not want this stymied in any way.”

The motion was unanimously passed by councillors.

At a previous council meeting, planning officers noted that the primary objections to the development concern the parking prohibition.

They also identified the potential adverse impact of congestion on Victoria Road caused by vehicles turning in and out of the site.

Councillors believe a parking ban “discriminated” against people with disabilities.

They said “no distinction” should be made between applicants as social housing is allocated on a points-based system.

In response, a representative for Clanmil said it is a “highly accessible” location with bus stops and train travel nearby.

The agent also contended that the design respects the history of the site, the city’s shirt factory heritage, and complements existing buildings.

At the time, the Council’s planners recommended that committee members approve the application with an officer saying it was “entirely compliant”.

Planning officers believe it would reinvigorate riverfront land and put an end to anti-social behaviour at the site.