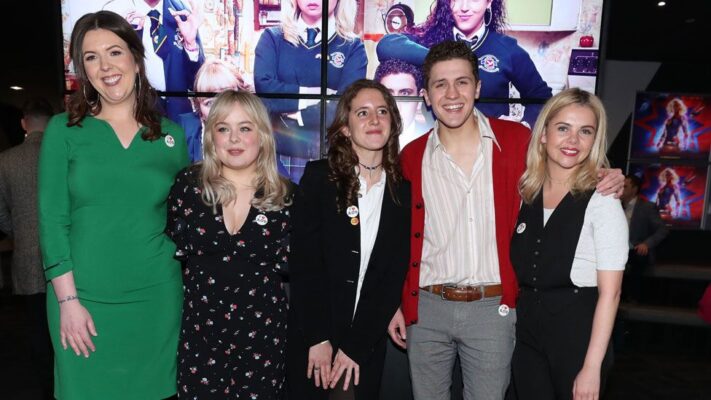 The creator of hit Channel 4 comedy Lisa McGee has become the first woman to be nominated for Derry’s Freedom of the City award.

“Lisa McGee has brought so much joy and civic pride to our city and district through her writing and this work has undoubtedly put Derry and its people on a global stage,” Mr Reilly said.

“Right from the first episode of the first series, the adventures of the ‘Derry Girls’ school teenagers on Channel 4 and their experiences growing up against the background of the Troubles as society moved towards the Good Friday Agreement in 1998 captivated audiences and resonated with people from all walks of life who lived through those difficult decades and also informed a new generation of what life was like here in the 1990s.

“Netflix has taken this to a global audience and this exposure for our city and district has boosted tourism and inspired those who live here – young and old.”

After hearing the news, Lisa McGee tweeted: “What an absolute honour to be the first woman nominated. I’m thrilled to even be considered. Fingers crossed.”

Derry Girls was the most watched series in the North of Ireland since modern records began in 20022, and Nr Reilly added that “through her work, people have seen the warmth and charm of our city, the sense of friendship, families pulling together and dealing with adversity – all delivered through various strong female viewpoints”.

“The fact that Lisa is the first female to be nominated for the Freedom of the City in our city is truly a historic and special occasion,” he continued.

“I’m delighted to put her forward as the first ‘Derry Girl’ recipient of the highest honour that the Council can bestow.”

While Derry Girls may be Lisa McGee’s most prolific success, many of her other creations have impacted on national TV screens, such as BBC’s BAFTA-nominated Being Human and the Golden Globe-nominated drama series, The White Queen.

RTÉ’s Raw and The Deceived on Channel 5 are further examples of her long list of triumphant screen works.

“This contribution to the arts makes her a worthy nominee for the Freedom of the City and follows in footsteps of previous recipients who have excelled in their field,” said Mr Reilly.