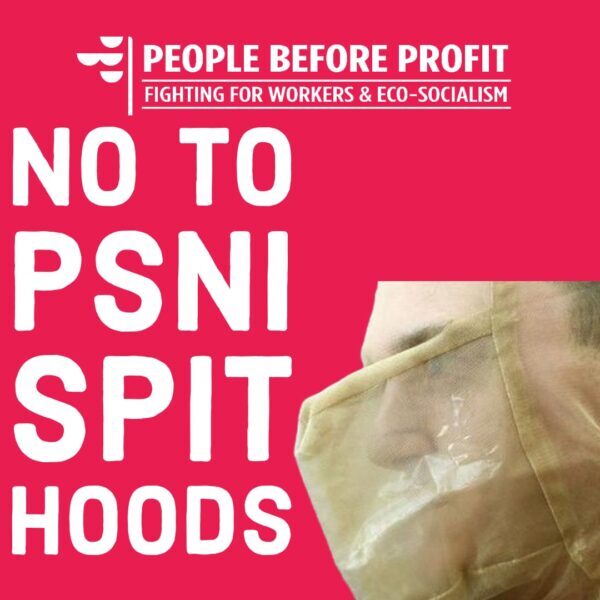 People Before Profit representaive for The Moor DEA Councillor Maeve O’Neill has said that the PSNI cannot be trusted over its justification for the continued use of ‘Spit Hoods’.

Said Cllr O’Neill: “People Before Profit share the concens of Amnesty International, the Children’s Law Centre, the Committee on the Administration of Justice and Include Youth at the PSNI’s unilateral decision to make its use of ‘spit hoods’ permanent.

“The PSNI has refused to publish public consultation findings on the equality impact of spit hoods.

“Amnesty International reports that a previous equality screening documented a disproportionate use of spit hoods on people with disabilities, including mental health, and on people from a Catholic community background.

“The report also exposed the PSNI were using spit hoods on children in defiance of its own policy.

“This is an unjustifiable power grab by an organisation completely resistant to public accountability, a record of brutality and that cannot be trusted on human rights for anyone, but especially the vulnerable in our communities and children.”