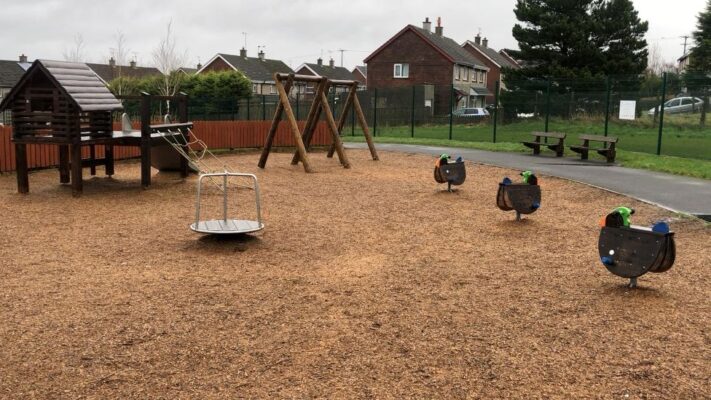 Mayor of Derry City and Strabane Council, Councillor Sandra Duffy, has hit out at those who vandalised a play park in Derry.

The council closed play park in Strathfoyle after equipment on the site was damage.

A spokesperson said: “Please remember our parks are there for everyone to enjoy – destroying them affects the entire community.”

Said Mayor Duffy: “I was really disappointed to hear that new inclusive play equipment at Strathfoyle play park has had to be temporarily locked due to vandalism.

“I would strongly encourage those responsible to deter from these selfish & criminal actions which affect everyone in the community.”

He added that it was the second vandalism attack at the park in recent just weeks and appealed for them to stop immediately.

“Sadly, there has been a second attack on the play park, resulting in the park having to close until repairs can be carried out. This is an intolerable situation,” said Cllr Fleming.

“It took many years to get this play park opened and it provides a great facility for local families.

“The last thing we want to see is it being targeted by a very small anti-community element.

“I would urge anyone who sees people vandalising the park or other facilities to contact the police, elected representatives and local community organisations,” he added.