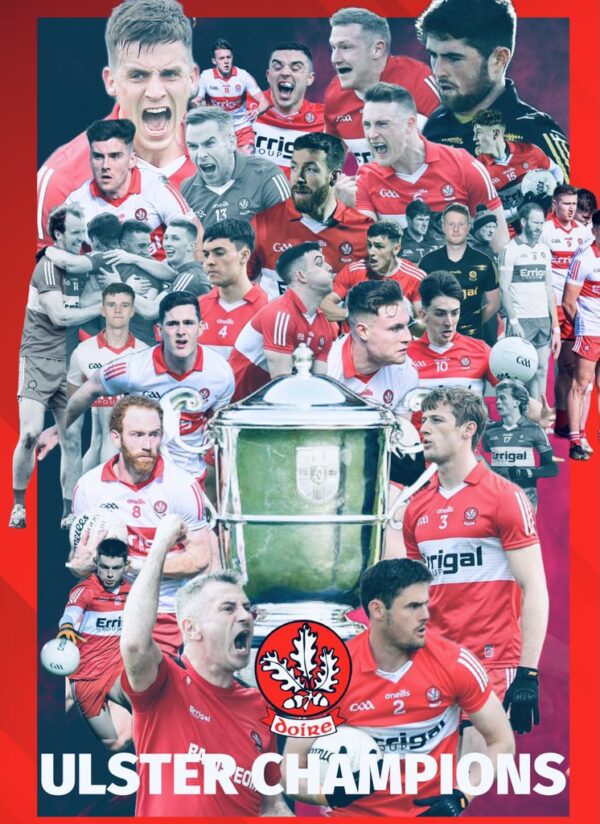 Ulster champions Derry will take on Clare in the All-Ireland SFC quarter-finals while Armagh will meet Galway.

Kerry were drawn against last year’s finalists Mayo while the Dubs face an encounter against Cork.

The games will take place on the weekend of June 25-26, with Croke Park set to confirm times and venues later.

Derry will play Galway or Armagh in the semi-finals if they progress while it’s Kerry or Mayo v Cork or Dublin in the last four.

The matches will be played at on the weekend of 25/26 June with venues, dates and throw-in times expected to be confirmed later on Monday.

The draw saw the four provincial winners pitted against the teams who prevailed in the weekend’s round two qualifiers.

Armagh secured their quarter-final spot thanks to an impressive 3-17 to 0-16 qualifier victory over Donegal on Sunday.

“I think Armagh and Galway will look at that game and think it’s very winnable – I think it’s a good draw for both teams,” Orchard All-Ireland winner Oisin McConville told RTE.

“The Kerry-Mayo one is obviously very interesting as well.

“Dublin and Derry will be quite happy but Derry will have to be on their guard. It’s an interesting draw.”