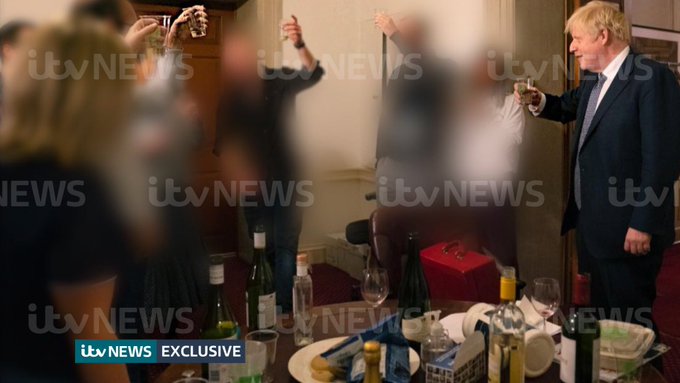 Eastwood: Shameless Prime Minister should be removed from office

SDLP Leader Colum Eastwood has said that Boris Johnson should be removed from office after ITV News obtained pictures of the British Prime Minister breaking lockdown restrictions during a Downing Street party.

The Foyle MP said that where political leaders refuse to take responsibility for their own actions, they must be held to account by others.

Said Mr Eastwood: “These pictures of Boris Johnson having a booze up in Downing Street during some of the worst lockdown restrictions will be devastating for all those who made immense sacrifices to keep their friends and neighbours safe at an incredibly difficult time.

“While ordinary, decent people were giving up the opportunity to say goodbye to friends and family who died during the pandemic, suspending their own grief for others, Boris Johnson wouldn’t even give up the opportunity for a glass of wine.

“That is the measure of this Prime Minister. Most of us expect no better.

“But it is, sadly, a pattern of outrageous, deceitful and selfish behaviour that has been repeated so often that the public has become numb to it.

“Johnson will not reflect on his own behaviour or his own lies. He needs to be removed from office by those who still believe in integrity in public life.”