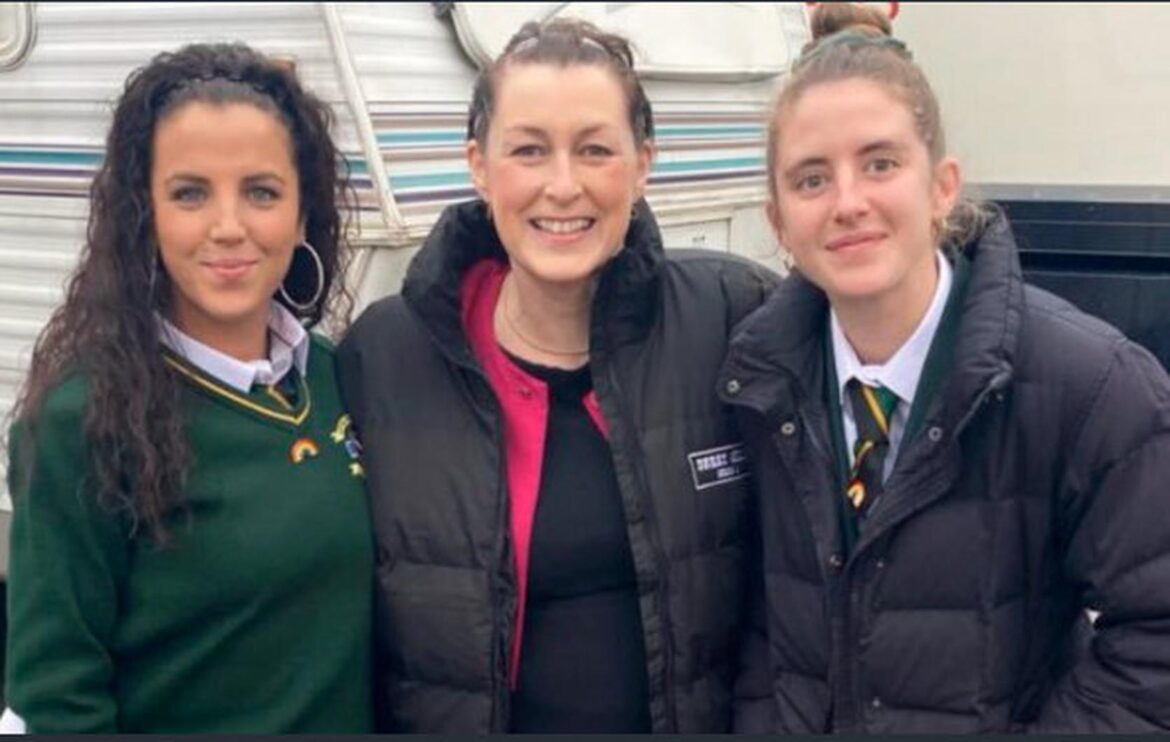 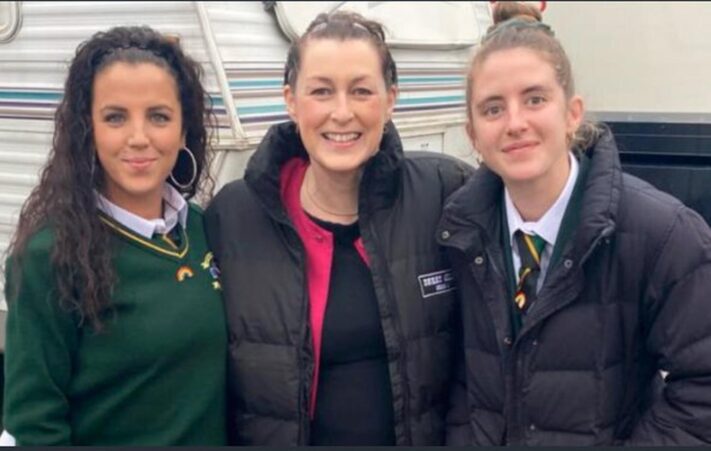 Larne-born former UTV regular Ronan Kelly celebrated her role in the series in an online post.

He shared a picture of a grinning Donna on set between actresses Jamie-Lee O’Donnell and Louisa Harland, who played Michelle Mallon and Orla McCool respectively.

After the final episode of the series hit TV screens, Mr Kelly wrote on social media: “The time has come for my better half to cast off the Nineties’ wig and mark what was a small part in TV history with two fab Derry Girls characters, Michelle and Orla.

Former BBC Newsline presenter Donna had a difficult exit from the Beeb, with an employment tribunal kicking off in February.

A month later, the hearing was told that the corporation wished to keep “without prejudice” negotiations with the high-profile journalist out of the public domain.

She reportedly launched proceedings against her former employers for alleged age discrimination following her shock resignation.

The 56-year-old, who dramatically quit her job with the corporation in November, started her broadcasting career on the other side of the border at RTE.

She joined the BBC in 1989, presenting radio news bulletins before later moving into television work.

She has twice been nominated for the Royal Television Society’s presenter of the year award.

Announcing her departure from the BBC on Twitter last year, Ms Traynor explained: “It is with deep sadness that, after almost 33 years, I am leaving the job that I love and resigning from BBC Northern Ireland with immediate effect.

“Because this is the subject of an ongoing tribunal and other legal proceedings, I am not able to respond to any questions or comments about my reason for leaving the organisation.”

She stepped down after being told her duties were changing, that she would no longer be the first-choice presenter for the Newsline programme and that she would be asked work on Radio Ulster shows.

Donna was one of a number of household names who had cameos in the final series of Derry Girls.