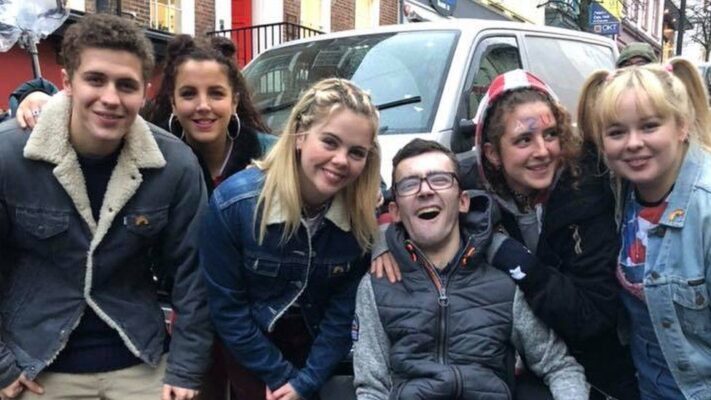 written by cassoscoop May 21, 2022
ShareTweet

MUCH has been written and said about the final series of the hit series Derry Girls which finished on Wednesday with an hour long hilarious special.

And there is no bigger fan than talented Derry lad Eamonn Doherty who is busting to turn his cameo role on series three of the Channel 4 comedy into a full time acting career.

His dreams all stemmed from a young age and it has never left him, he tells Derry Daily.

But he wants to be a voice for those in a similar position to him who want to act but are maybe too afraid as a result of their disability.

Says Eamonn: “From a young age I have always been involved in school plays etc and loved being on stage. I went to Carmel McCafferty’s drama classes every Saturday throughout my youth and I performed in Christmas plays etc.

“I knew after that it was something I would like to take further so I studied drama at Magee, graduated from there with a 2:1 last year.

“An actor who inspires me is James Moore who plays Ryan Stock in Emmerdale. He has cerebral palsy too so in my opinion he is a good example of diverse, he has won awards in the NTA’s so I think that is inspiring and shows that the arts is for everyone no matter of race or disability.”

And he also takes inspiration from Sylvester Stallone, the actor behind the Hollywood blockbuster film series ‘Rocky’.

Explains Eamonnn: “My favourite film is Rocky Balboa as I think he’s a great actor. There’s a quote which Sylvester Stallone said in it which is ‘it’s not how hard you can hit its how hard you can get hit and keep moving forward’.

“That’s a quote a live by because it’s true in real life.” 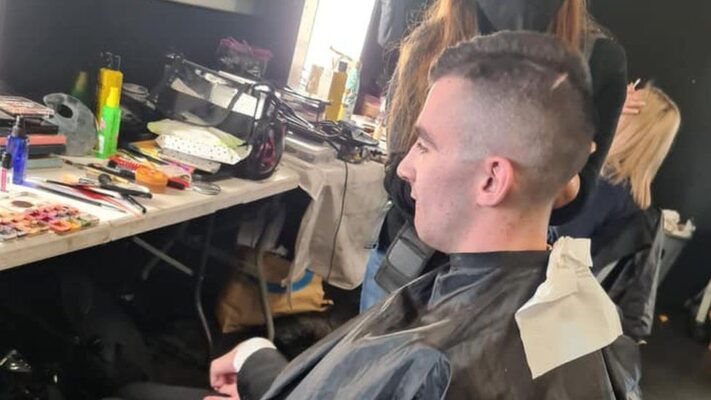 For all those aspiring to get in the acting business, it’s not easy. Sometimes its the luck of the draw or being in the right place at the right time.

But as Eamonn says, trying to get into acting with a disability it is even tougher.

“From my experience it’s really difficult as whenever you are applying for acting you have to put on the application that you have a disability and from my experience you don’t see many disabled actors on stage or screen and I think acting should be for everyone.”

He is a determined young man who doesn’t let his disability keep him back from fulfilling his dreams – and he showed that Derry attitude of never give up to get himself onto himself the set of Derry Girls.

“It all started back in late 2019/early 2020 after series 2 was over it was announced that there would be a third series.

“When I heard that I straight away sent a few emails to the production company, Michael Lennox’s agent who is the director of Derry Girls and Carla Stronge, the casting director for the show explaining that I was interested in getting involved in series three.

“I explained that I have Cerebral Palsy but that didn’t put me off in anyway and I informed them about my drama background that very same week a good friend of mine Sean McGlinchey (professional boxer from Derry) managed to send Lisa McGee a message on Twitter.

“The week after that I received a email from Extras NI saying that they wanted me on set, the original time for filming was April 2020 but that didn’t happen due to Covid so it all went dead in the water.

“I think it was September or October I seen on social media that they began to film so I sent another email to the Extras NI reminding them of my interest.

“They came back to me and said I was accepted as an extra and they gave me dates and times of filming and it went from there.” 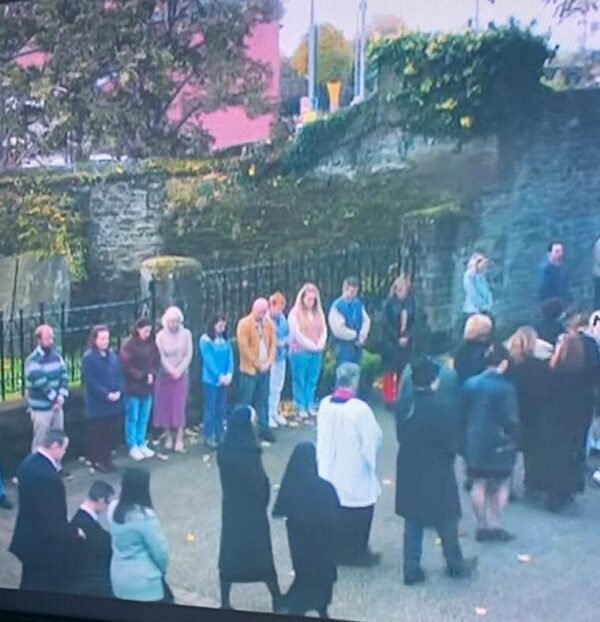 Getting on the set of Derry Girls has spurred the 22-year-old on to get into full time acting.

“My ultimate ambition in life is to become a full time actor. I also do a bit of script writing so it would be great to see where that path takes me.

“I know that there would be obstacles in my way of getting into full time acting, but I am up for a challenge.

“I don’t want to sound big headed but there’s many obstacles that I have overcome in my life, so whatever the world throws at me I will take it.”

Well Eamonn, you are already an inspiration to others and we wish you all the very best for the future.