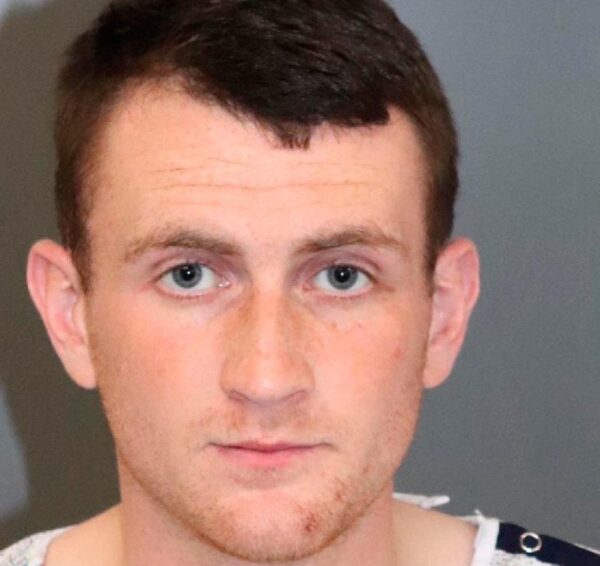 A Co Derry drunk driver who crashed into a car full of schoolgirls, leaving one with brain damage, has been sentenced to at least 15 years in a US jail.

Shane Brolly (25), who was in the United States illegally and driving without a licence, was on the run from Northern Ireland on similar drink-driving offences at the time of the horrific smash last year.

The joiner from Dungiven was sentenced to between 15 and 30 years in jail during a two-hour hearing at the Bucks County Justice Centre in Pennsylvania this week.

He had earlier pleaded guilty to a range of offences including aggravated assault by vehicle while driving under the influence and causing an accident involving injury.

All four girls had to be pulled out of their car in the March 2021 crash caused by Brolly. He had downed up to 22 drinks before getting behind the wheel of a pick-up truck.

One of the students in the car he ploughed head-on into suffered brain damage while the other three endured life-changing injuries as a result of the smash.

During Brolly’s sentencing hearing this week, Judge Jeffrey Finley ordered him to serve between three and six years for each of the five most serious charges on the indictment.

He also said Brolly was a “lucky man” that no-one was killed in the accident and ordered the sentences be served consecutively, meaning Brolly must complete a minimum of 15 years behind bars.

He was also ordered to pay more than $62,000 in restitution to two of the girls and three people in a second car involved in the accident. 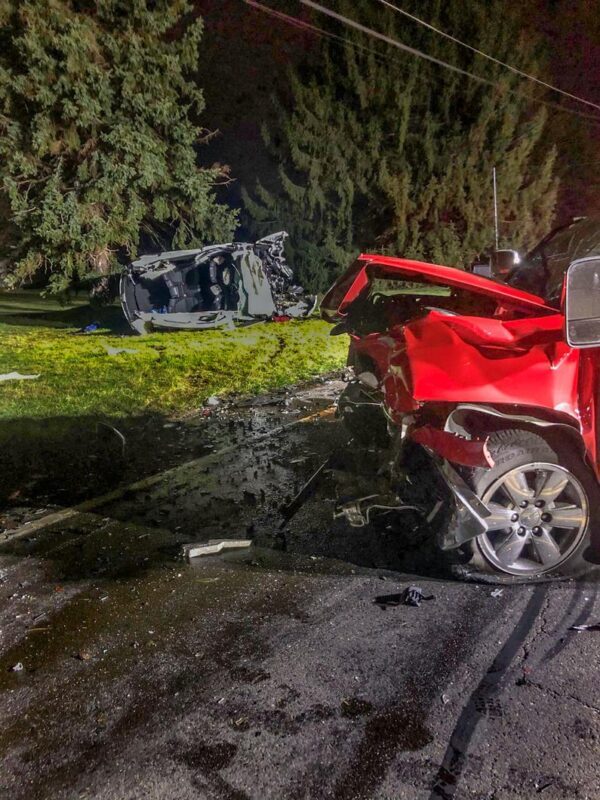 The aftermath of the crash caused by Shane Brolly

Judge Finley said: “Mr Brolly, you are a lucky man. You are a lucky man that you are not facing numerous counts of homicide by vehicle. To think about the phone call each of these families got, then what they went through — not for a couple of days but for months.”

When asked if he had anything to say to the victims, Brolly “apologised to the girls in a thick brogue that was barely audible” according to local reports.

“I made a mistake. I am very, very sorry,” he added. Brolly, who had travelled to the US on an Irish passport, was living in the United States and had been in the country for just under two years at the time of the crash, according to authorities.

He was illegally living in Pennsylvania on an expired work visa when the accident happened and had only a revoked UK driver’s license. He was also a wanted man in Northern Ireland at the time of the crash after fleeing to the US in 2019 before he could be sentenced for similar drink-driving offences.

During previous Bucks County Court hearings, a judge was told how Brolly was drunk behind the wheel of his cousin’s pick-up truck that crossed a central reservation line in March 2021 and smashed into an oncoming car.

He was hospitalised with serious injuries that required emergency surgery. However, his victims, all aged 17 at the time, came off far worse. One suffered brain damage and each endured life-threatening conditions that changed their lives and will continue to need medical care and rehabilitation.

Brolly was almost three times over the legal limit. He had spent the day drinking while playing golf before visiting two pubs, and was so drunk later that a barman refused to continue serving him.

Despite pleas from friends not to drive home, and an offer from one to pay for a taxi, Brolly got behind the wheel of the pick-up. This was after he texted his cousin, who owned the vehicle, telling him he was too drunk to drive.

Brolly’s reckless behaviour mirrors his actions in Northern Ireland prior to fleeing to the US.

He had been due to be sentenced at Coleraine Magistrates’ Court for drunk driving in October 2019, but failed to show as he was in the US.

On this occasion a drunken Brolly led police on a 114mph chase around the Co Derry countryside lasting 16 miles.

He was only caught when police deployed a stinger device across the road.