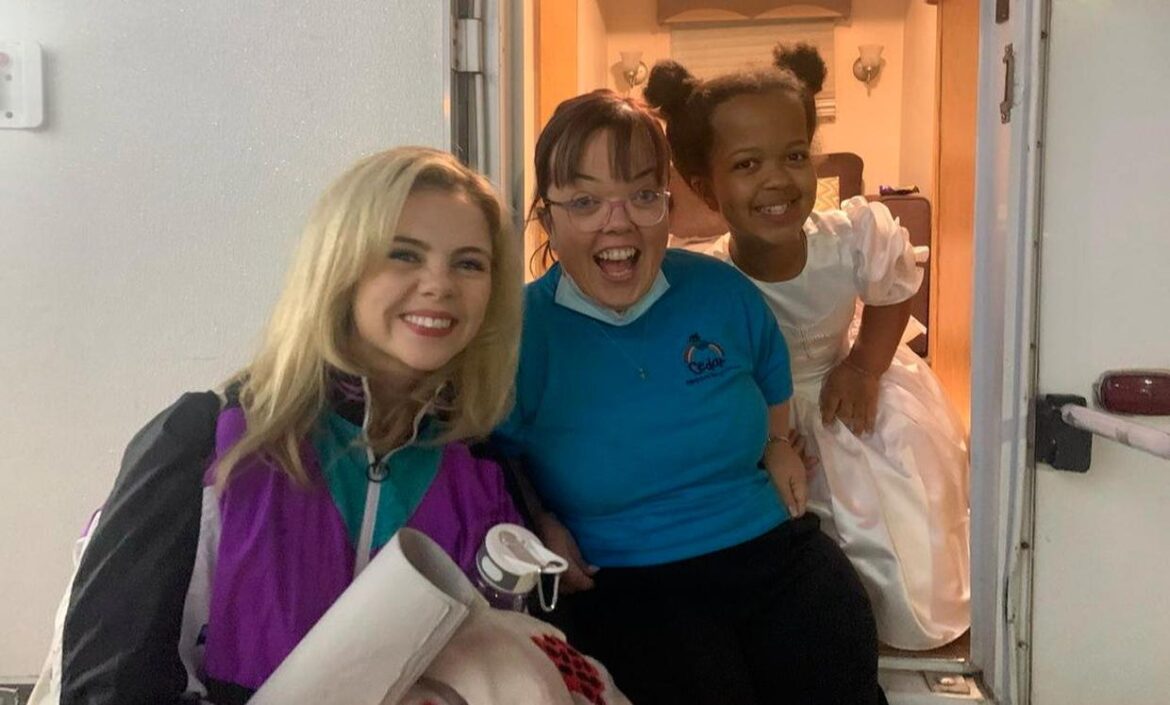 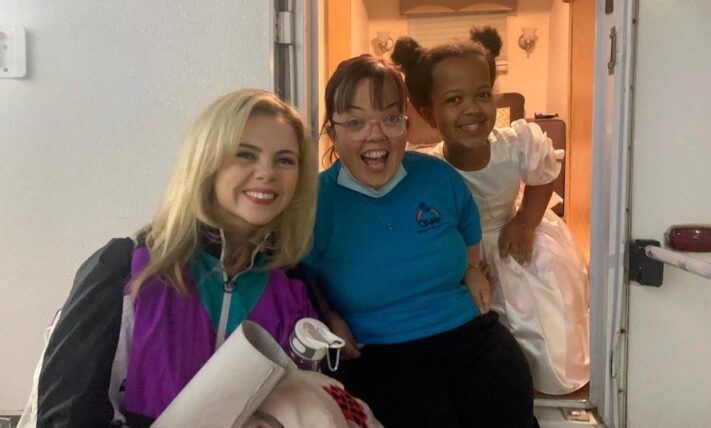 Talented teenager Cara Mailey is encouraging other young disabled people to know that they “can do anything they want after her cameo in the Derry Girls finale.

The 13-year-old played a little girl making her first Holy Communion in Wednesday’s episode of the sitcom, Channel 4’s most watched series in Northern Ireland.

Cara, who has a form of dwarfism called achondroplasia, said: “One of the things I want to get most out there is that even if you have a disability, you can try things and do anything that you want to do.

“It was amazing having that opportunity because so many people watch Derry Girls, and getting that awareness out there with the show was incredible.”

She also had plenty of praise for the cast.

“Saoirse Monica-Jackson [who plays Erin] was amazing with me,” Cara said who is from Belfast

“Before we even went on, she came over and went through the lines with me, just so I was okay with it all. She’s just really nice — all the cast were amazing.”

Cara’s dad Sean is a big fan of Ian McElhinney, who plays Granda Joe. The former Game of Thrones star recorded a ‘happy birthday’ video for him as a present from Cara.

And proving just how small a place the North of Ireland is, Ma Mary, played by the Belfast actress Tara Lynne O’Neill, narrated last year’s BBC documentary about Cara and her family, Keeping Up With the Maileys.

Although they had never met previously, Cara said: “As soon as we got the taxi to the set on the first day, Tara was over chatting to us and hugging us.”

Sinead Burke, an Irish disability activist and writer who, like Cara, has achondroplasia appeared in Tuesday night’s penultimate episode.

“We would be in touch with Sinead, and it was funny because we saw her picture when we were in filming, but neither
of us could tell each other what was going on,” explained Cara’s mum Tricia, who also has achondroplasia.

Taking to social media after her appearance, Sinead said: “To be in this show was an enormous personal honour, but for me, it also mattered because meaningful on-screen representation of disabled talent, as well as off-screen, is still worryingly low.

“A study published by the Creative Diversity Network in 2021 found that only 8.2% of on-screen contributions come from those who identify as disabled.”

Cara hopes that increased representation, such as she and Sinead’s TV appearances, will help change these statistics.

While the gifted schoolgirl has already featured on CBBC, teamed up with leading designers to create a clothing range for children with dwarfism, and most recently released a novel to help other youngsters like her, her next big hope is to be on the London stage.

“I would love to go down the musical path. I love the West End, that’s my dream,” she said.