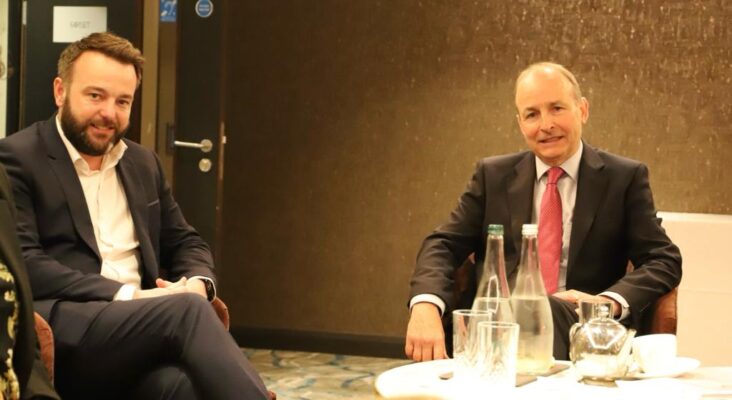 Mr Eastwood welcomed a positive discussion with the Taoiseach on a wide range of issues impacting people in the North, including the Protocol, the British government’s legacy legislation and the DUP’s refusal to return to Stormont.

Said the Foyle MP: “I welcome the Taoiseach’s call for the DUP to return to government. They cannot be allowed to thwart democracy here because of their own selfish interests.

“Families across the North want their politicians back at Stormont dealing the cost-of-living crisis that is hitting them hard, with our huge healthcare waiting lists and the long list of other problems facing us.

“Tearing up the Protocol will solve nothing and we need the British government to get around the table like adults and negotiate an agreement that delivers for everyone here.

“The Taoiseach has also offered his support to victims, survivors and their relatives following the British government’s proposal to introduce new legacy legislation.

“It’s important that we stand together on this issue and send a message to the British government that we will not allow them to override the wishes of people on this island.

“Justice cannot be denied, many families have been fighting for decades, they’ll keep on fighting despite these proposals and the SDLP will be at their side.”