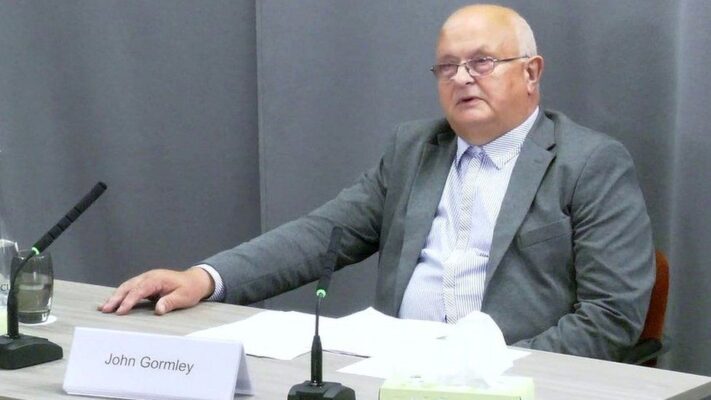 Post Office scandal: Derry sub-postmaster thought he was to blame

A former sub-postmistress from Derry has recalled how he didn’t know if he and his wife could buy a loaf of bread after paying the Post Office up to £20,000 over shortfalls in his tills.

John Gormley was giving evidence to the Post Office Horizon IT Inquiry in Belfast.

It has been described as the most “widespread miscarriage of justice in British legal history”.

Between 2000 and 2014, a flaw in a newly-installed computer system designed by Fujitsu made it look like money was missing from Post Offices across the country.

It led to suspensions, termination of contracts, wrongful prosecutions and convictions.

Mr Gormley, who was a sub-postmaster in Shantallow, said he resigned after encountering a number of shortfalls in relation to the Horizon system.

“I always believed that we were wrong, I was to blame,” he said. “Was there slippy fingers or what was the story?”

“The business and the store started to go down big time because obviously the blame game was being put on the staff in relation to shortages.”

He said he was “completely stressed out” after having to pay the Post Office up to £20,000 that he did not owe.

“My wife was feeling the pressure big time, it was affecting our marriage.

“At one stage we did not know if we were going to have a loaf of bread for the next week,” he added.

A former sub-postmistress from Co Tyrone has told the inquiry how she looked through bins in a bid to account for money lost in the Post Office computer scandal.

Fiona Elliott said she and her husband had hoped the Post Office and shop in Clady, which they purchased in 2005, would provide their pension. It is now boarded up.

Ms Elliott told the hearing of the turmoil she endured due to the faults in the Horizon accounting software.

“I knew I had done nothing wrong and we couldn’t find out where this money was going,” Ms Elliott said.

“We were blaming staff and we were doubting ourselves, we thought we were doing stuff wrong.

“We were going through bins at night time.”

Ms Elliott said she had contacted the Post Office a number of times for further training in the Horizon system, as well as an audit and had been balancing the shortfalls.

She said when the Post Office came out for an audit they discovered a £6,000 shortfall.

“They just said there is a shortfall of £6,000 showing on the system and we need to get that now or you will have a criminal offence.

“I said what will I do now? They said you will have to pay it.”

The inquiry, under the chairmanship of retired high court judge Sir Wyn Williams, has invited evidence from former and current sub-postmasters and sub-postmistresses, their assistants, managers and family members who have been affected by the scandal.

Some 19 post office workers in the North of Ireland were convicted, but it is believed there were more victims of the scandal who have not come forward.

It is thought some people have been reluctant to do so because of the stigma of being accused in the wrong.

Sir Wyn has already heard from victims in other parts of the UK and this is the final week of the human impact hearings.