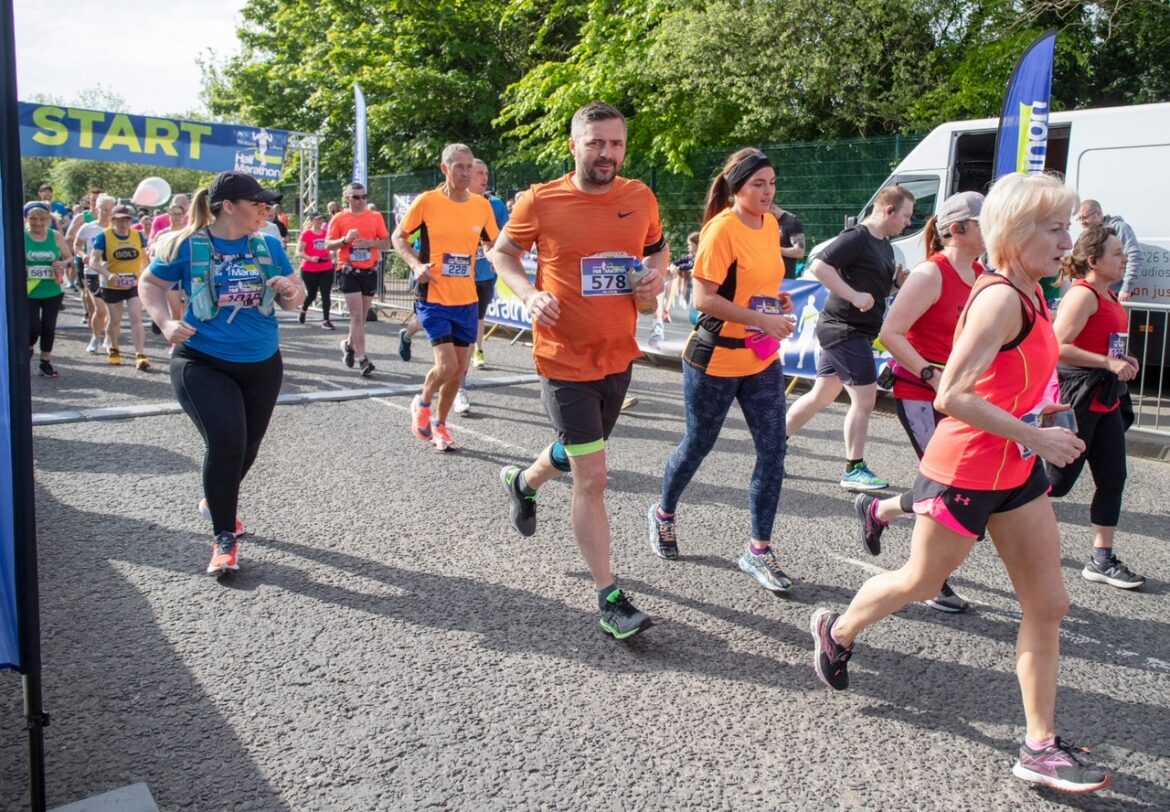 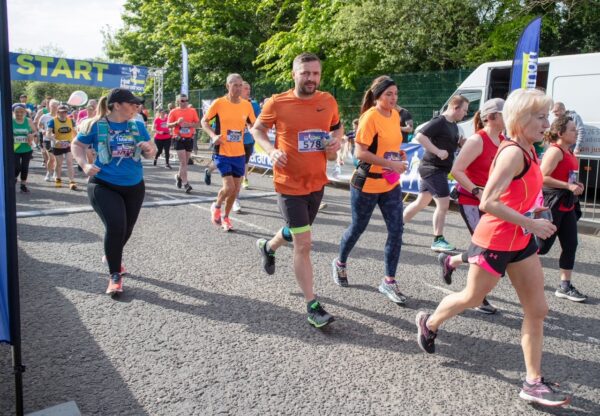 Runneers taking part in the Strabane Lifford Half Marathon on Sunday. Pix by Joe Boland/NorthWest Newspix

Kyle Doherty and reigning women’s champion Claire McGuigan took the honours in the Strabane sunshine this morning as a field of almost 1,000 runners completed the first Strabane Lifford Half Marathon in three years.

A huge crowd of supporters also took advantage of the sunny skies and high temperatures to line the route that started at Meeting House Street in Strabane before crossing the border into Lifford and finishing back on the running track of the Melvin Sports Complex.

Mayor of Derry City and Strabane District Council, Alderman Graham Warke, officially started the race and he congratulated everyone involved in another successful event. 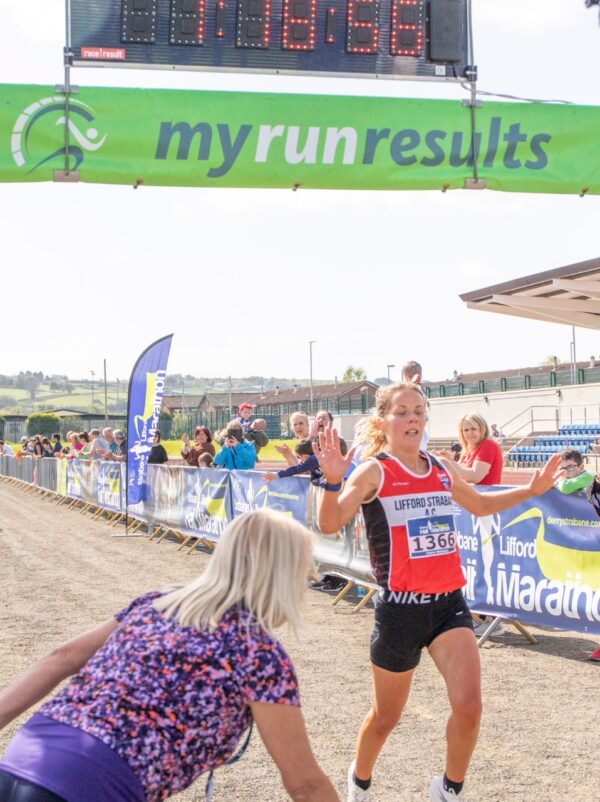 “Congratulations to everyone who completed the 2022 Strabane Lifford Half Marathon and to the Festival and Events team at Council and Lifford Strabane AC for hosting such an efficient and well organised race,” he said.

“The event is firmly established as one of the biggest Half Marathons on the Irish athletics calendar so I am particularly delighted to see it return in full format.

“I know a lot of runners took part in virtual events during the Covid restrictions but you just can’t beat the live buzz of race day with a large field watched by hundreds of spectators.

“There were runners from all over Ireland taking part alongside the local contingent and I would like to wish them all the luck in the world for the next stage of their running journey – perhaps back with us at the Waterside Half Marathon in September!”

Festival and Events Manager at Derry City and Strabane District Council, Jacqueline Whoriskey, thanked all those who contributed to the event’s success. 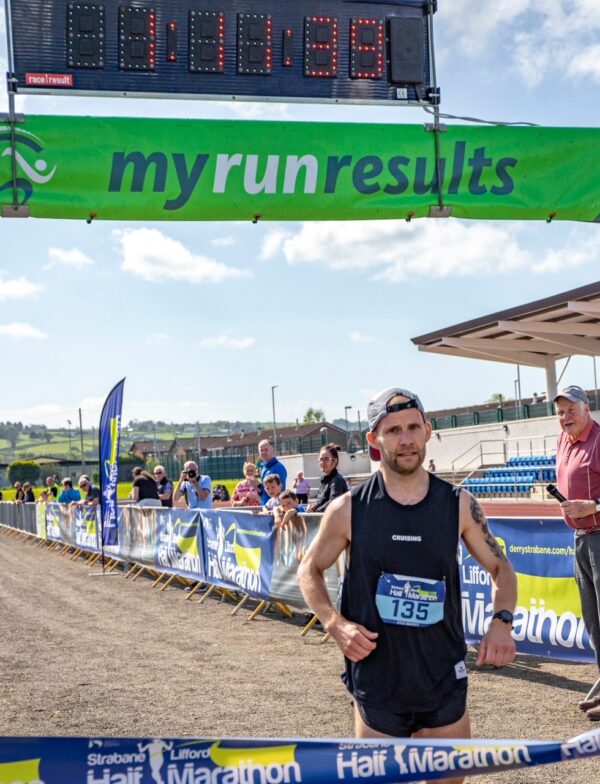 “It is nine years since we first hosted the Strabane Lifford Half Marathon and it is an event that goes from strength to strength,” she said.

“The public have demonstrated their appetite for large scale athletics events following the Covid restrictions by selling out this race weeks in advance and attending in huge numbers, we are delighted that we can offer them this experience again later this year when the Waterside Half Marathon returns.

“We are indebted to our event partners Lifford Strabane AC as well as the PSNI, the Gardai, the Department for Infrastructure and Donegal County Council for their guidance and expertise to manage an event of this scale. 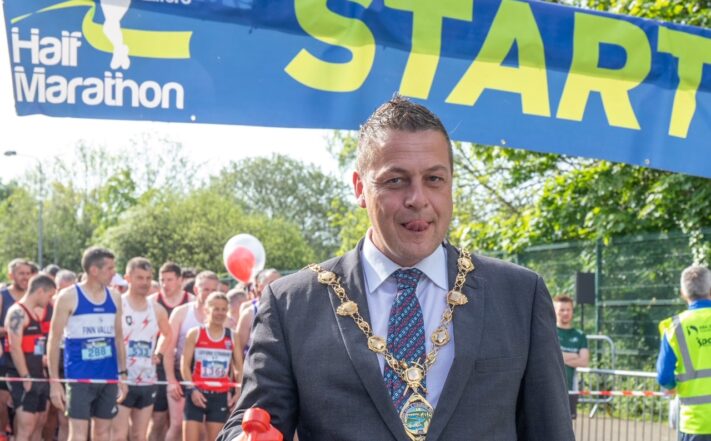 “We’d like to remind runners that registrations for the Waterside Half Marathon on Sunday September 4th are now open at www.derrystrabane.com/whm.”