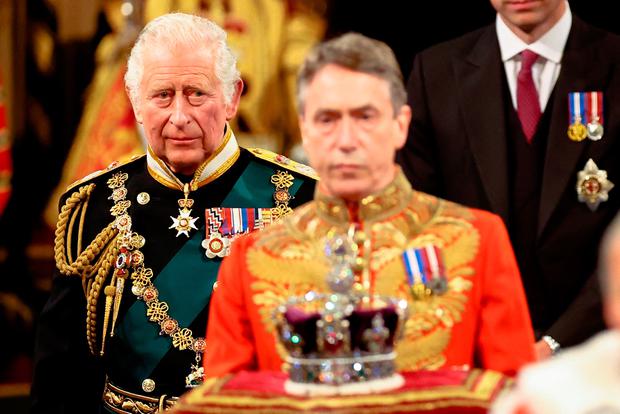 written by cassoscoop May 10, 2022
ShareTweet

The Queen’s Speech, delivered by the Prince Charle in government on Tuesday, has reaffirmed the British Government’s commitment to legislation dealing with the legacy of the Troubles.

The speech sets out legislative programme for the year ahead and addressed a range of measures, including immigration, transport and education.

In the speech, Prince Charles said the British Government would address legislation concerning the North of Ireland and reaffirmed support for the Good Friday Agreement.

He said: “Her Majesty’s government will prioritise support for the Belfast Good Friday Agreement and its institutions including through legislation to address the legacy of the past.”

And while there was no outright mention of the NI Protocol, which has caused difficulties politically here, there was a reference to protecting the internal economic bonds of the UK.

Prince Charles said the “continued success and integrity of the whole of the United Kingdom is of paramount importance to my government, including the internal economic bonds between all of its parts”.

Disagreements over the Protocol have meant the DUP have said they will not take part in a power-sharing executive until their concerns are resolved.

The protocol is part of the UK’s Brexit deal with the EU, which allows free trade across the Irish border but introduced checks on some goods coming to Northern Ireland from Great Britain.

Plans to legislate for the Irish language were also announced in the Queen’s Speech.

The Prince of Wales announced plans to deliver a package of identity and language measures, as promised in the NDNA deal that restored powersharing in early 2020.

The promised legislation will also place a duty on the Northern Ireland Department of Education to encourage and facilitate the use of Ulster Scots, with the Secretary of State empowered to step in to ensure the commitments are followed by the Executive.

Measures to improve the regulation of social housing

A ban on conversion therapy

Action to prevent Channel crossings and tackle gangs who facilitate them

Reform of the Mental Health Act

The Prince of Wales and Duke of Cambridge opened Parliament on the Queen’s behalf in a historic, unprecedented move which saw Charles read the Queen’s Speech.

The monarch, 96, reluctantly pulled out of the major ceremonial occasion – nearly 60 years after she last missed it – following advice from her royal doctors as she continues to experience “episodic mobility problems”.

A commitment to bring forward delayed legislation on the amnesty proposals comes after the government continued to engage with parties and victims’ groups over the past six months in wake of controversy around the plans.

They first emerged last July when the government said a plan was being formed that would “draw a line under the Troubles” by banning further prosecutions – including those involving paramilitary organisations as well as the police and Army.

There has been widespread opposition in the North of Ireland to the plans, which suggested a truth recovery process for bereaved families and further state disclosure instead of turning to the legal system.

There are more than 3,200 unsolved Troubles killings.