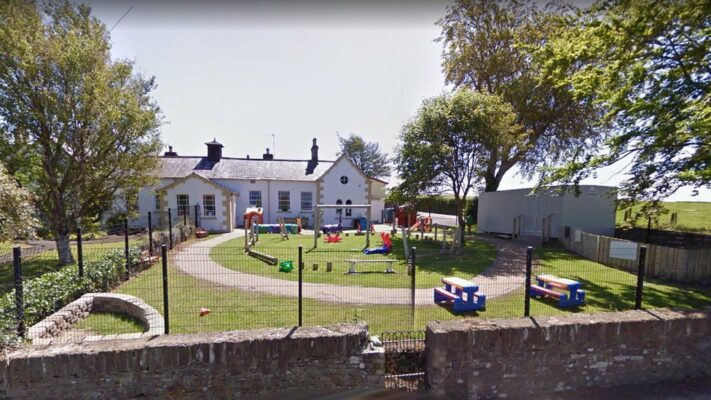 written by cassoscoop May 10, 2022
ShareTweet

A primary school in Derry some which has some pupils from Donegal has been earmarked for closure.

The Education Authority (EA) has published a plan to close Ballougry Primary School in August 2023.

The EA said the 44-pupil rural school, situated on the Mullenan Road about a mile from the border with the Republic, was unsustainable.

Some children travel three miles from Derry to attend the school and it also has six pupils from Co Donegal.

The EA is responsible for planning the future of schools across the North of Ireland.

That can involve deciding to expand a school, by giving it more places for pupils, or deciding to close a school which it judges to be unsustainable.

Falling pupil numbers or a rising financial deficit are among the reasons a school can be earmarked for closure.

However, a consultation on change of that kind has to be carried out first and that is what is happening in the case of the Ballougry Primary, which is over 150 years old.

The EA said that with only 44 pupils and three teachers, the school is well below the Department of Education’s (DE) recommended number of 105 pupils for a rural primary school.

The authority also said that the controlled school’s financial deficit was likely to rise to about £250,000 by 2024.

Its plan to close the school stated that pupils from Ballougry could attend primaries in Derry city instead, where they would have more educational and extra-curricular activities.

The EA also said that closing the school would save money.

However, as well as having pupils from Co Donegal, Ballougry PS is in a shared education partnership with two schools in the Irish county.

Ballougry’s governors have also argued that they have a plan to increase pupil numbers at the school.

But the EA has now begun an eight-week consultation period on their proposal to close it.

However, a future education minister will ultimately decide whether the school shuts its doors.

A final decision on the fate of Ballyougry Primary School is expected in January 2023.