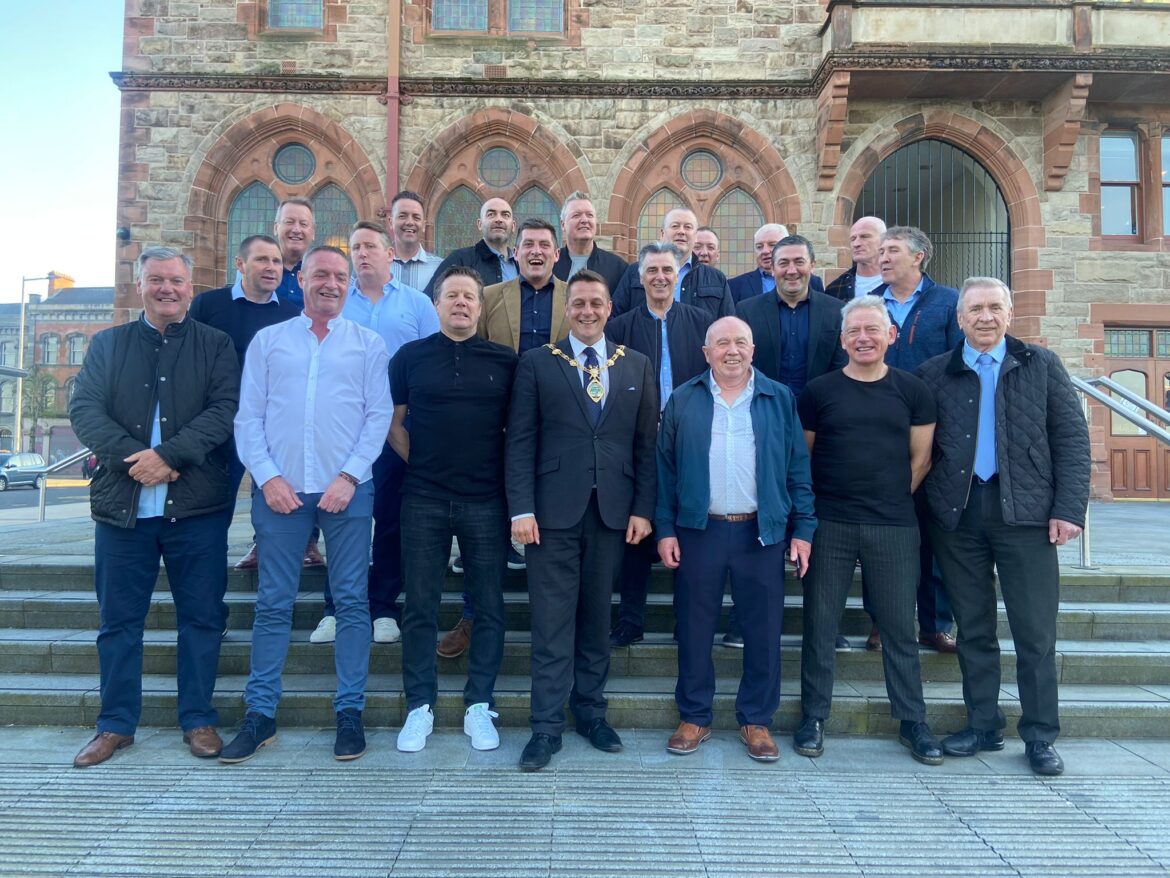 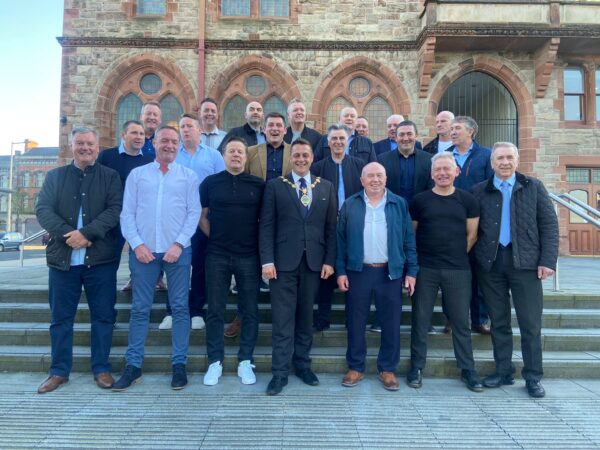 Derry City’s 1997 title winners came back to the city at the weekend to mark the 25th anniversary of their success.

On Saturday, the Derry player received a Mayor’s reception in Guildhall before the squad reminisced about that campaign by watching old footage in Badger’s Bar.

Mayor of Derry City and Strabane District Council, Alderman Graham Warke said he was delighted to welcoming the conquering 1997 team to his parlour.

The reception came the night after the Mayor attended the Brandywell with his son to watch the Candystripes whip UCD 7-1.

He tweeted about the reception: “It was brilliant to have members of the Derry City FC league-winning team in the Guildhall on Saturday to congratulate them on the 25th anniversary of their achievement.

“Hopefully we see the league trophy back in the Brandywell sooner rather than later.”

One man who played a huge role in that title success, which was the Brandywell club’s last Premier Division triumph, was goalkeeper Tony O’Dowd who couldn’t wait to meet up with his old team-mates.

Before the lads got together, the former City No 1 insisted: “I can’t wait to meet all the boys. 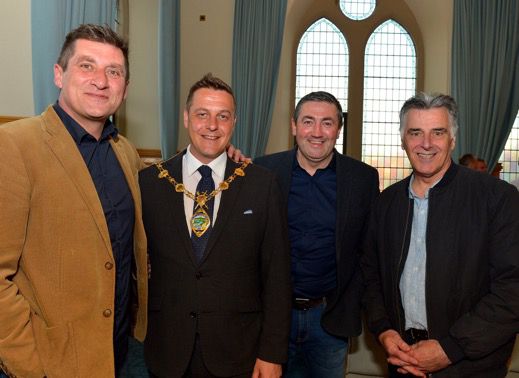 “Even speaking to some of the lads through Whatsapp, boys who I haven’t spoken to in years and having a laugh about certain things has been great.

“I’m really looking forward to meeting them this weekend, it should be good craic.

“I’m picking Tommy Dunne up at the airport, he’s flying in from Finland and James Keddy is also going to be travelling up in our car as well.”

O’Dowd, who made 96 appearances during his three year spell on Foyleside, insists the camaraderie in that squad during the 1996/97 season was second to none and he’s shocked that the club haven’t won the top flight title since.

“The spirit we had in that squad was second to none.

“To prove that, James (Keddy) is now assistant manager at Longford and they’ve a game next Saturday but he’s going to miss their game for the reunion, that’s the commitment he has and to be honest Jamesy would be afraid something would happen and he’s not there,” he laughed.

“Everyone has that same commitment because all the lads were saying that meeting up all together may never happen again, so they doesn’t want to miss it.

“That team was fantastic and the whole season, when you think back on it, where we came from that season before and even for myself, I was out of the team for the first couple of games because Felix had signed Decky (Declan Devine). 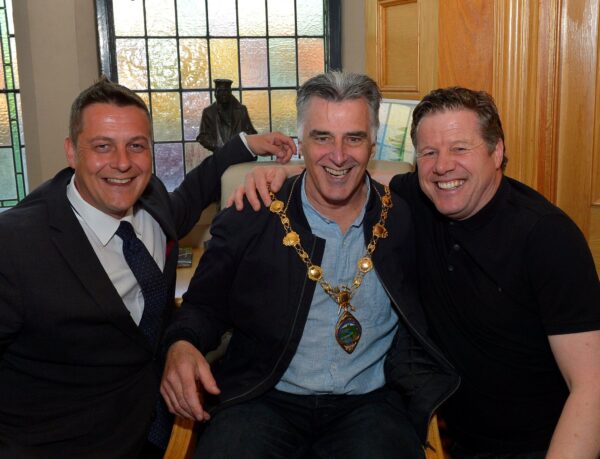 “I was out of the team for the first few matches and then lucky enough for me I got back in. It really was an unbelievable season, the sort of experience which doesn’t happen every season.

“It’s quite unbelievable and difficult to believe that Derry haven’t won the league in the 25 years since. For a club of its size, it’s outrageous.”

The Brandywell club’s chairman Philip O’Doherty confirmed at the recent fans forum that in May the club will be marking the 25th anniversary with a special evening.