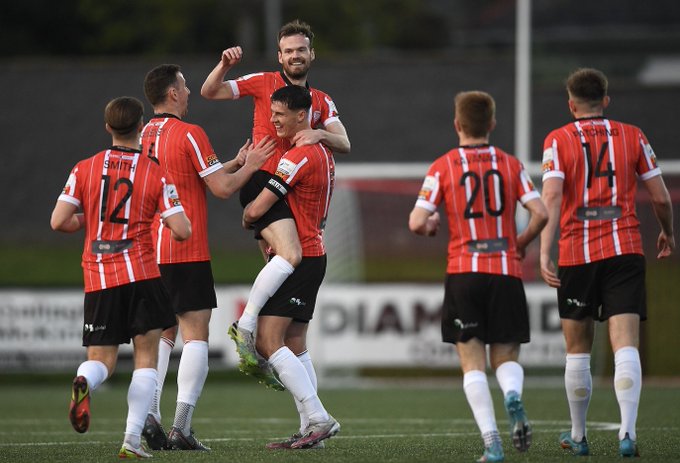 Magnificent-seven Derry give Students a lesson in football

Derry City turned on the style and secured their biggest win of the season in front of their home fans.

The Candystriples easily saw off a disappointing UCD side in the SSE Airtricity League Premier Division (kick off 7.45 pm) on Friday evening with a 7-1 win.

It put Ruaidhri Higgins’ back in the winning grove after a defeat and a draw in their last two league outings, dropping five vital points in their quest for a League of Ireland title.

The Ryan McBride Brandywell men were ruthless the minute Will Patching broke the deadlock early in the match and in striker Jamie McGonigle, who was back to his best, helping himself to a hat-trick.

But it was McGonigle’s all round game and sharpness which will please boss Ruaidhri Higgins.

Derry took the lead on 14 minutes as Patrick McEleney’s sublime pass found Patching, who after ghosting into the penalty box, chested the ball down before firing home. 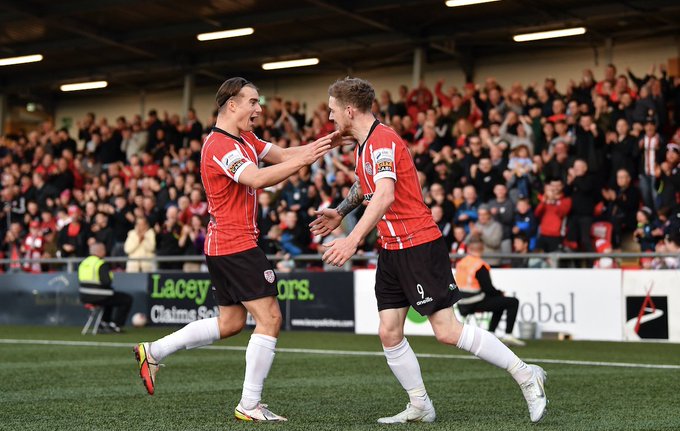 McGonigle, who went into the game having not scored in his last six games, showed a touch a class on 24 minutes, cutting inside and blasting home past Healy.

Just after the half-hour mark Derry netted a fourth when Patching’s left wing cross found Cameron McJannet inside the six yard box and the left-back headed home at the near post.

The Students’ awful night got worse just before the break as Dummigan’s long range strike caught out Healy and somehow nestled in the keeper’s bottom right hand corner.

It didn’t take the home side too long for that sixth goal as Patching’s left wing cross moments later found an unmarked Ronan Boyce and he made no mistake heading home from close range.

A superb pass by Patrick McEleney released McGonigle, who showed good strength before firing high into the net from 10 yards to complete his hat-trick.

Maher will be disappointed he didn’t keep a clean-sheet as the Students scored a consolation goal through substitute Alex Nolan. 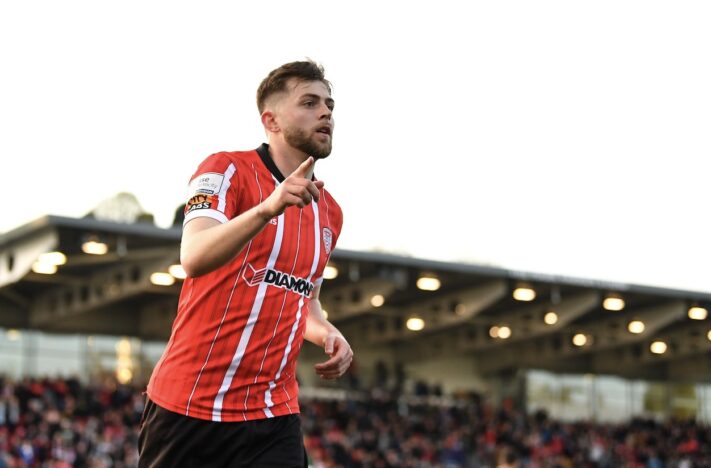 On 68 minutes McGonigle had a superb chance to score his fourth on the night, but after latching onto Evan McLaughlin’s pass, he fired over from close range.