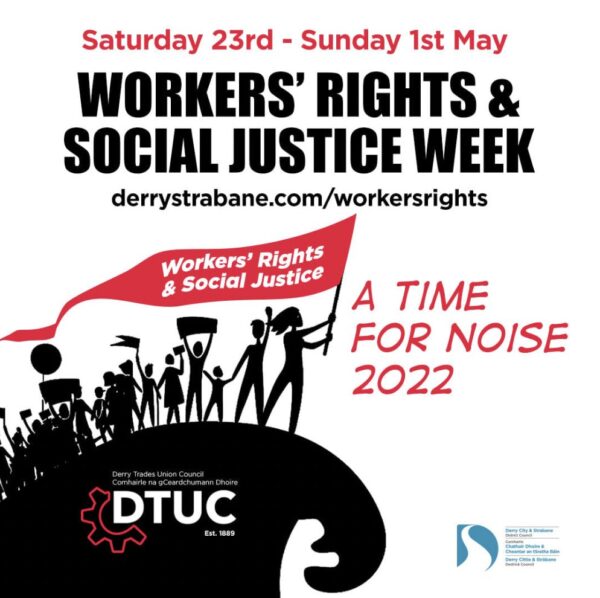 Derry City and Strabane District Council have unveiled a programme of events as part of Workers’ Rights and Social Justice Week 2022, which will take place at the end of this month.

Council is working alongside the Derry Trades Union Council (DTUC) to present a creative programme which will take place from Saturday 23rd April until Sunday 1st May.

The themes for this year’s Workers’ Rights and Social Justice Week programme are history, education, and increased access for communities.

The Guildhall clock will be lit in red throughout the week, as well as the Alley Theatre and the Strand Road Council offices.

The week’s events will start on Saturday 23rd April with the unveiling of a plaque by the Friends of the Factories at the Star Factory in the city as part of a dedicated and lasting tribute commemorating the contribution of the Shirt Factory Workers.

Additionally, the travelling exhibition, Shirts, Singers & Sewing – Shirt Factories in the North West, is available for visitors throughout the months of April and May in The Fashion and Textile Centre on Shipquay Street, exploring the history of the shirt factories and uncovering the story of Sarah Doherty and her work in trade unions.

To round off the week’s events, the May Day March will take place on Saturday 30th April, setting off from Waterloo Place at 1.30pm.

In line with WRSJW, Council is also calling for the public, if they have any information or artefacts relating to the history of Derry Dockers, to contact Curator, Roisin Doherty, by emailing collections@derrystrabane.com 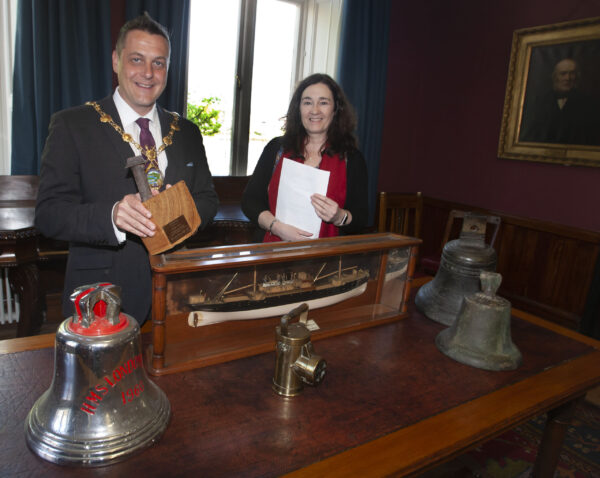 “I am pleased to launch this programme for this year’s Workers’ Rights and Social Justice Week which will explore the past and the present and will also have a particular foc​us on the shirt factories which play such an important role in the history of our city and the wider district.

“Through WRSJW, we want to empower our workers, citizens and communities to take action and create a positive change in society.

“Council is working alongside the Derry Trades Union Council and other partners to deliver this programme and I would encourage everyone to check out the events planned and to get involved.”

“Our solidarity message on May Day is that “Derry Needs a Pay Rise” and we hope to see as many people as possible joining us on our International Workers Day March through the city on Saturday 30th April, starting at 1.30pm at Waterloo Place.”

For more information on the programme for Workers’ Rights and Social Justice Week, taking place from Saturday 23rd April until Sunday 1st May, visit: https://www.derrystrabane.com/workersrights

A number of other events planned by the Derry Trades Union Council for Workers’ Right and Social Justice Week have been postponed in support of strike action taking place during this time by members of UNITE the Union.

These events will be rearranged for a later date and further information will be available in due course.