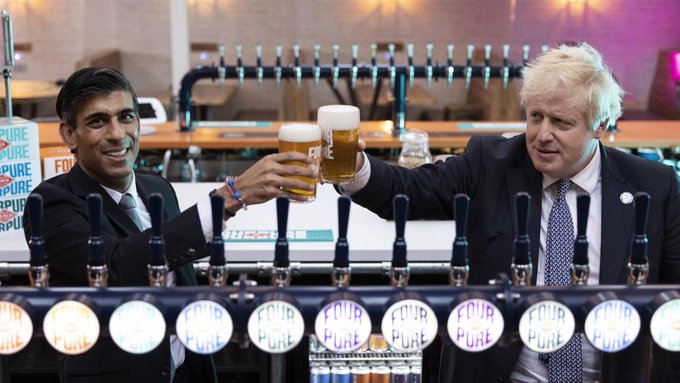 Eastwood: Johnson and Sunak must resign over lockdown parties

Mr Johnson’s wife Carrie has also announced she has been notified by the Metropolitan Police that will also received a fixed penalty notice for breaching Coronavirus laws.

All three attended a party in June 2020 to celebrate the PM’s birthday in Downing Street.

Said the Foyle MP: “The very least that the public should expect from political leaders is that they abide by the law.

“But it is now clear that even the lowest standards are far too high for Boris Johnson and his administration.

“While thousands of people were forced to watch their loved ones die through the windows of care homes and hospitals, the British Prime Minister, his Chancellor and scores of their staff were enjoying birthday cake and popping wine corks in Downing Street.

“At a moment of deep personal sacrifice for many, they demonstrated cynical selfishness that makes a mockery of the lengths we all went to in order to keep our friends and neighbours safe.

“Boris Johnson and Rishi Sunak made the rules.

“There is not, and cannot be, any justification for their flagrant disregard for the restrictions they made others abide by.

“Both must now resign.