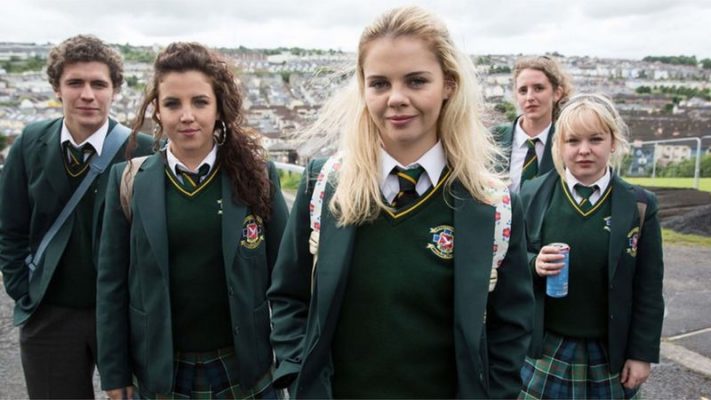 TV programmes like Derry Girls “would never get made” if Channel 4 was to be privatised, says one of the stars of the show.

The government announced last week that it wants to privatise the TV channel.

Culture Secretary Nadine Dorries says government ownership is “holding Channel 4 back”, but others say the quality of programmes on the station would suffer as a result.

For Derry Girls star Saoirse-Monica Jackson, the news was “devastating”.

“To be honest I think it’s absolutely terrible,” the actress, who plays Erin in the show, tells Radio 1 Newsbeat.

“I’d be really worried about undiscovered talent and the lack of that ever being brought to our forefront and being pushed.

The culture secretary says a change of ownership will give Channel 4 “the tools and freedom to flourish and thrive as a public service broadcaster long into the future”. 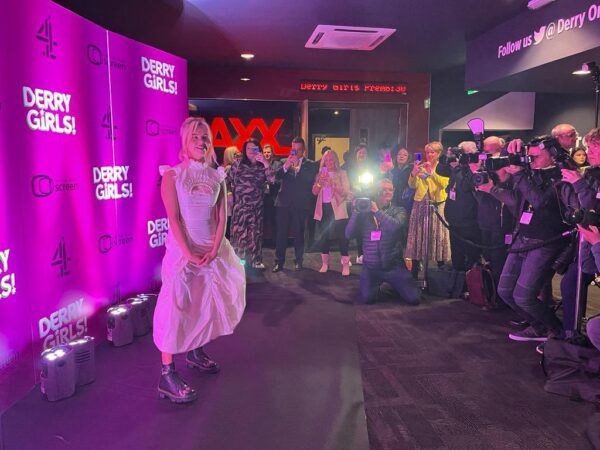 Saoirse-Monica was speaking ahead of the third and final series of Derry Girls which airs on Channel 4 tonight, Tuesday, April 12, at 9.15 pm.

“This series has been so anticipated by all of us – it’s like when you’re younger and you imagine a situation like a school trip,” she says.

“You love it before it happens – it sort of feels like that,” she says.

Derry Girls, which first aired on Channel 4 in 2018, follows four teenage girls – and “a wee English fella” – growing up in Derry during the 1990s.

It follows the group as they navigate the ups and downs of teenage life, all in the shadow of the final years of The Troubles.

Derry Girls has been a massive success for Channel 4, winning Royal Television Society Awards, Irish Film and Television Awards and being nominated for BAFTAs.

Saoirse-Monica says one of the reasons it’s been received so well is because people in Northern Ireland have the ability to look at politics and serious issues through a comedic lens.

“There’s a real emotional intelligence with Irish people from the north,” she says.

“We can approach such hard-hitting issues in a social way with comedy, it makes it more accessible for everybody as a group.

“How Lisa [McGee], the writer, has done it, through the eyes of a teenage girl, brings such an innocence and naivety to it and I think with that brings more truth, it gets people on board and it’s just really clever.”

Talking about the new season, Saoirse-Monica says she believes the show gets “that epic finale that we were wanting”. 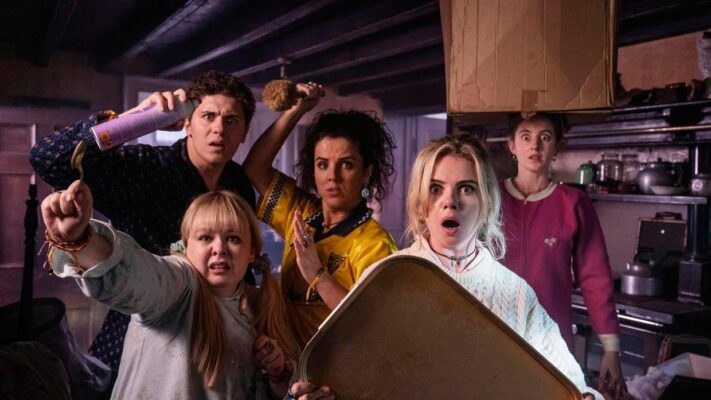 Fans will see Erin, Michelle, Orla, Clare and James get their GCSE results in the new season, and although this is the final hurrah for the programme, Saoirse-Monica says: “Weirdly, it doesn’t really feel like it’s the end.”

“I don’t think you can ever really process something like that until you have hindsight on it,” she adds.

The 28-year-old says she’s really proud of what the cast and crew have done with the new series, adding: “Lisa has done such an amazing job.

“Derry Girls consumes me completely, I’m from here and I love the part so, so much and I don’t think there’ll ever be another job like this.”