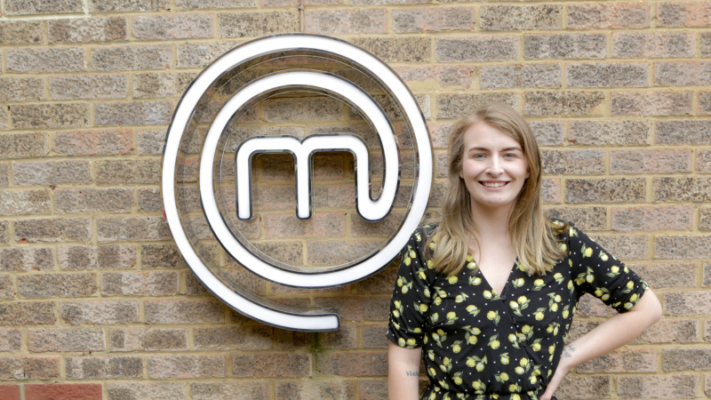 A Derry woman is to compete in the latest series of hit BBC show MasterChef.

Rachel Newhouse currently lives in Belfast, where she works as a tour guide for the Belfast Party Bikes company.

The 22-year-old has entered the competition as a ‘personal challenge’.

“I never thought I would get on the show and to even have the chance to cook for John and Gregg is such an achievement, especially at my age,” she said.

“I wanted to test my limits and to prove to myself that I could actually cook. My nana was a baker by trade and my mum is a fantastic cook.

“My fiancé’s mother was a chef in her younger years and she was definitely my main inspiration to cook.

“I love using interesting ingredients. My dad once drove 80 miles to drop off some fresh nettles from his garden for me to cook with!” she added.

Episode 1 will see Rachel join eight other cooks in what is known as an ‘Audition Round’, where the best three cooks automatically win themselves a coveted MasterChef apron to secure their place in the competition.

Judges will ask contestants to cook their ‘Signature Dish’ which gives hosts John Torode and Gregg Wallace an indication of who they are as a cook and how good they could become.

Just like diners in a restaurant, the judges rate each contestant’s food solely on the plate that is put in front of them.

After tasting all nine plates, John Torode and Gregg Wallace pick their three favourite dishes, giving those cooks a well-earned MasterChef apron and immunity from cooking in the next round.

However, for the remaining six contestants the competition is not over.

They all get another chance to impress the judges and win themselves that apron.

Pulling out all the stops for another of their Signature Dishes, the hopefuls must then cook a sweet dish if they delivered a savoury dish in the first round and vice versa.

This time, John and Gregg are in the kitchen witnessing their every move.

The pressure is intense and the stakes are high as at the end, only four cooks can join the three already fast-tracked in the next round of challenges.

For two contestants – their MasterChef dream is over.

Episode 1 of MasterChef will be aired tonight on BBC One at 8.00pm and will also be available on the BBC iPlayer.