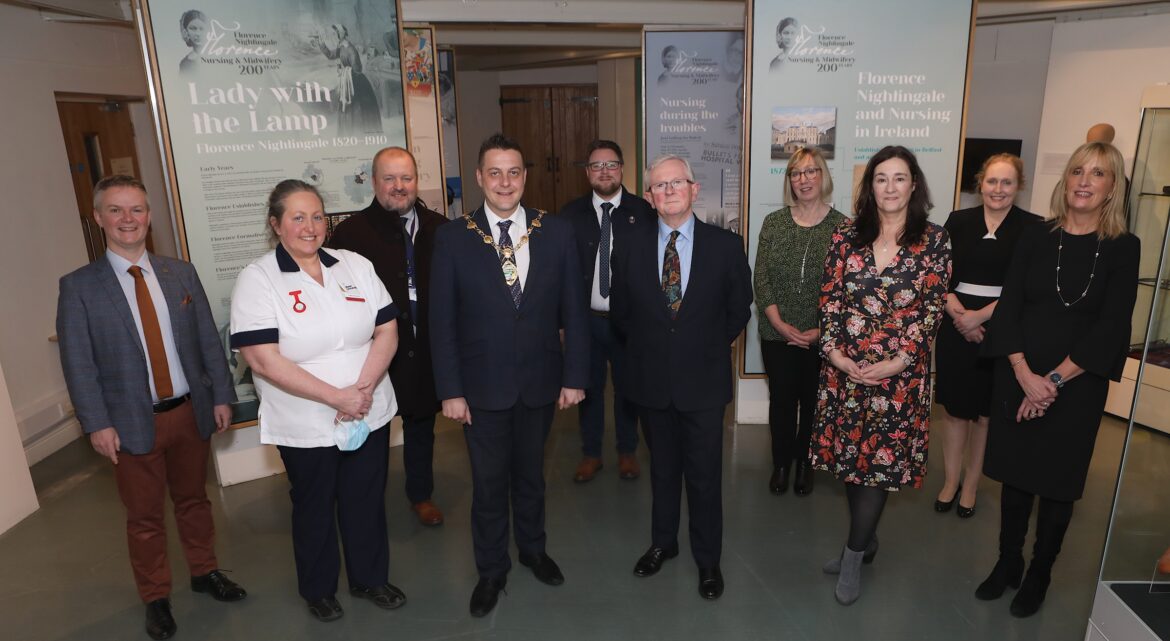 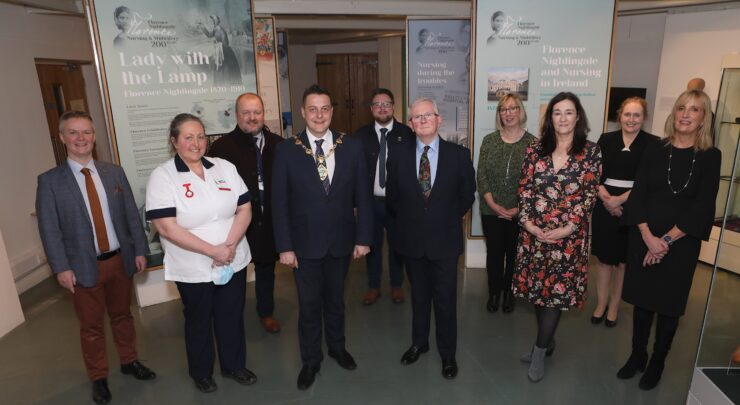 A SPECIAL exhibition celebrating the vital work of local nurses and midwives has launched in the Tower Museum this week, focusing on the remarkable contribution they have made to society over the past two centuries.

The temporary collection, which runs from March 10 – July 3, has been developed in partnership with Ulster University’s School of Nursing, based in the city.

It will cover themes including nursing in wartime, nursing during the Troubles and nursing education and innovation in the North of Ireland.

It will also shine the spotlight on some of the inspirational individuals who led the way in the field of nursing, including Florence Nightingale, Ella Pirrie and Agnes Jones, whose work brought about many positive healthcare reforms.

Among the collection are some exciting pieces of archive material including an original voice recording of Florence Nightingale along with audio accounts of the work of today’s nurses and midwives, as well as a short film on their response to the COVID Pandemic.

Opening the exhibition, Mayor of Derry City and Strabane District, Alderman Graham Warke, said there had never been a more fitting time to acknowledge the work of the nursing and midwifery professions.

“Nurses have always had an essential role to play but the past two years have really brought into focus the vital nature of their work, and their contribution to our society,” he declared.

“This exhibition places all that in context, by looking at the evolving role of nurses over the past two hundred years, and some of the women and men who have changed our attitudes to healthcare over the years.

“This is a fascinating collection which gives an insight into the challenges faced daily by our nurses, and underscores the need for a better resourced healthcare system that supports and empowers its nursing staff.”

The exhibition was initially developed to commemorate the 200th anniversary of the birth of Florence Nightingale, who was born in Florence on 12 May, 1820.

Florence Nightingale has several connections with Northern Ireland, primarily through her support for Ella Pirrie, the first Head Nurse of the Belfast Infirmary.

A statue of Ella stands outside the Belfast City Hospital site where she’s depicted holding one of the many letters between herself and Miss Nightingale.

The other connection is with Agnes Jones, who was brought up in Fahan, Co. Donegal, where she is now buried.

Curator at the Tower Museum, Roisin Doherty, said the exhibition would reveal more about the ground breaking work of nurses through the years.

“We are delighted as a museum to have the opportunity to showcase this work and to celebrate our nurses and midwives at a time when we have gained a whole new perspective of their caring role.

“While we’ve all heard of figures like Florence Nightingale, this also tells the story of the everyday healthcare heroes that we have come to rely on.

“It’s a privilege to provide a platform for them to tell their own story through this important collection.” 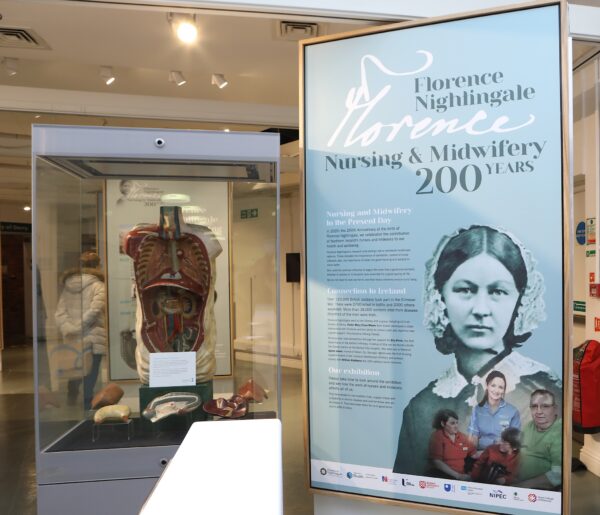 Sonja McIlfatrick, Head of the School of Nursing at Ulster University, added: “This opportunity to explore the contribution of nurses and midwives over the past two centuries is timely since never before in our lifetime, has our profession been so visible, so vital and so valued. At Ulster’s School of Nursing based at Magee campus we are proud of the generations of commitment and talent making an impact in our community.

“Nurses and midwives in health and social care teams have risen heroically to the challenges presented by the pandemic over the past two years, and they follow in the footsteps of the very many pioneers, reformers, educators, researchers, clinicians, and care givers who have gone before, in this city and beyond.

“As the School of Nursing continues to encourage and teach the nurses of tomorrow and support the ongoing professional development of others already in the workforce, this informative and inspirational exhibition uncovers the people who have made nursing their career, changed lives and given so much to so many.”

Chair of Ulster University’s Nursing Society and Student Nurse, Belle Stephenson, added: “I feel honoured to have visited the Nursing and Midwifery Exhibition ahead of its opening.

“The exhibition has brought the history of nursing to life and shows how the profession has changed over the years, and I would urge everyone to attend. 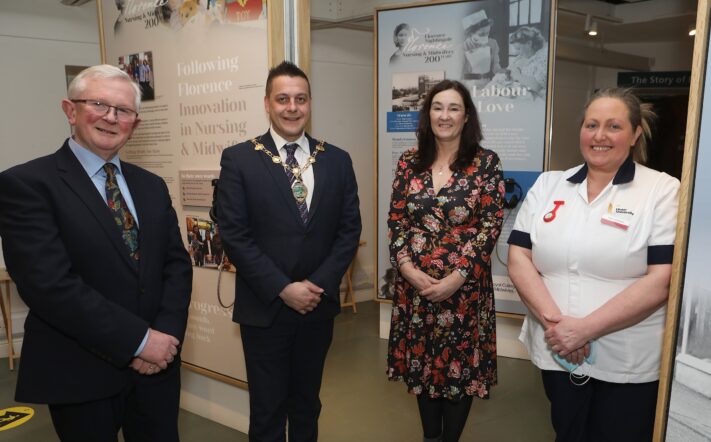 “Given the awful tragedies that are being reported in the news, the exhibition provided me with an opportunity to reflect on nurses who have had to work on the frontline in similar situations in the past, and how the profession has developed over the years, remaining at the frontline in difficult times.

“I come from a family of nurses and my aunt worked as a midwife at Altnagelvin Hospital on the day it opened, while another aunt of mine was nursing casualties during the Blitz.

“So it has been interesting to see living history, as the profession of nursing changed and evolved through innovation, policies and procedures over the years and how that applies to the North West. ”

The ‘Florence Nightingale Nurses and Midwives, 200 Years’ collection will be on display at the Tower Museum until July, 3, 2022.