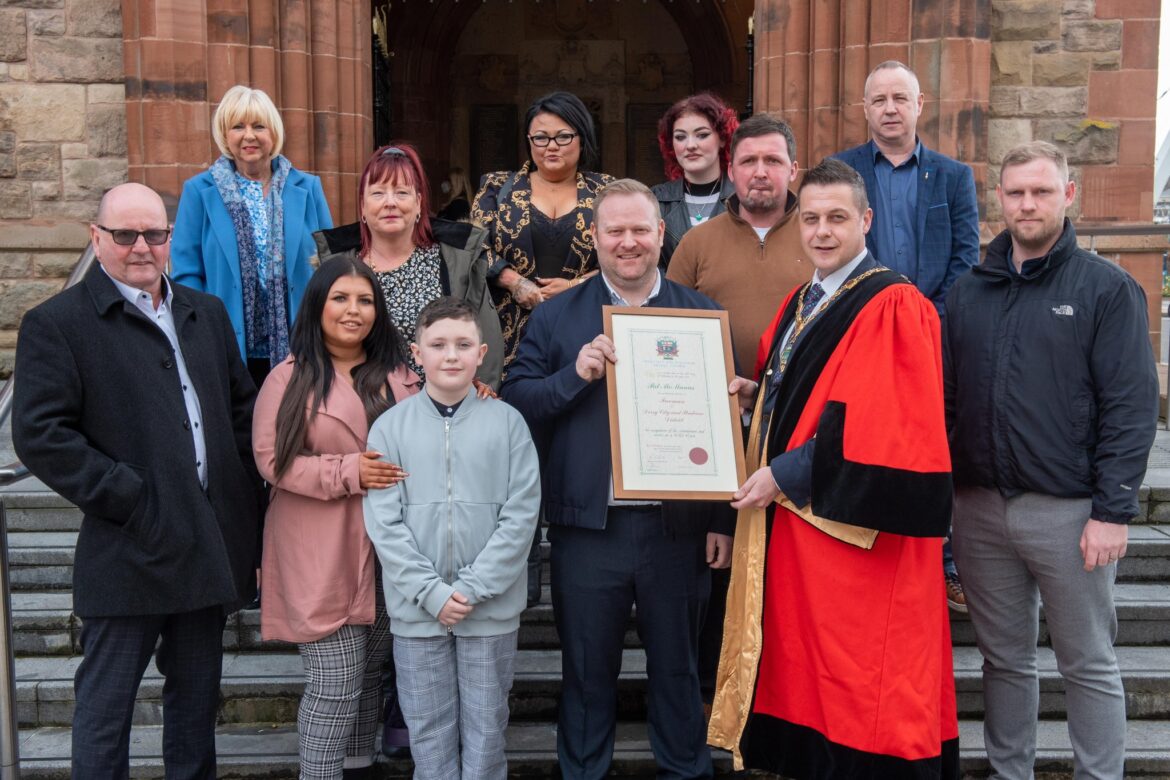 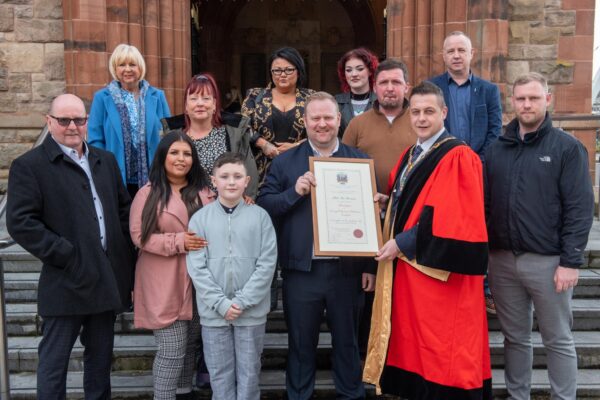 Adrian, Kevin and Stephen McManus and family who received the Freedom of the City from Derry City and Strabane District Council Mayor, Alderman Graham Warke, on behalf of their father

NURSE Pat McManus, who tragically died of Covid-19 in 2020, has been granted the freedom of Derry City and Strabane for his “selfless dedication” to others.

The proposal to confer the honour was prompted by a notice of motion brought before the council in June 2020, with plans being delayed due to Covid restrictions.

Mayor of Derry City and Strabane District Council Alderman Graham Warke paid tribute to Pat McManus’s selfless dedication to the wellbeing of others and said he hoped the Freedom of the City and District honour would give some comfort to his family and friends.

He said: “It is a huge honour for council to have this opportunity to recognise the contribution that Pat McManus has made throughout his life to caring for others.

“He was determined to continue that service despite the significant personal risks early in the pandemic.

“For over 40 years Pat dedicated himself to the NHS, and his family must take comfort in the many lives that were positively impacted by his work and his compassion for others.

“I sincerely hope that this honour will demonstrate the huge debt of gratitude we feel for Pat’s sacrifice, and convey the pride of an entire community in his unwavering commitment and dedication to his profession.”

There was widespread sadness and grief across the council area when news of Mr McManus’ death broke in his home town of Strabane in 2020.

The 60-year-old had continued in his role as a frontline care worker in England, despite suffering from multiple sclerosis, making him vulnerable to the virus. 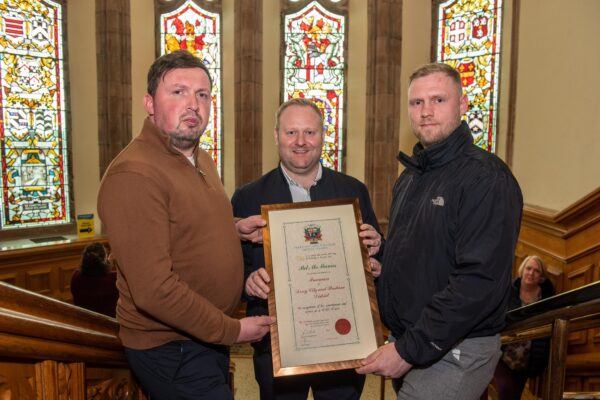 Mr McManus spent over 40 years working as a nurse, first in Northern Ireland and then after he and his family moved to England in 1994.

Although he had been offered a managerial role to limit his contact with patients, he opted to continue in the caring role which had been his lifelong vocation.

Representatives from Pat McManus’ family were in attendance at the meeting followed by a Mayoral reception afterwards in the Guildhall’s Main Hall.