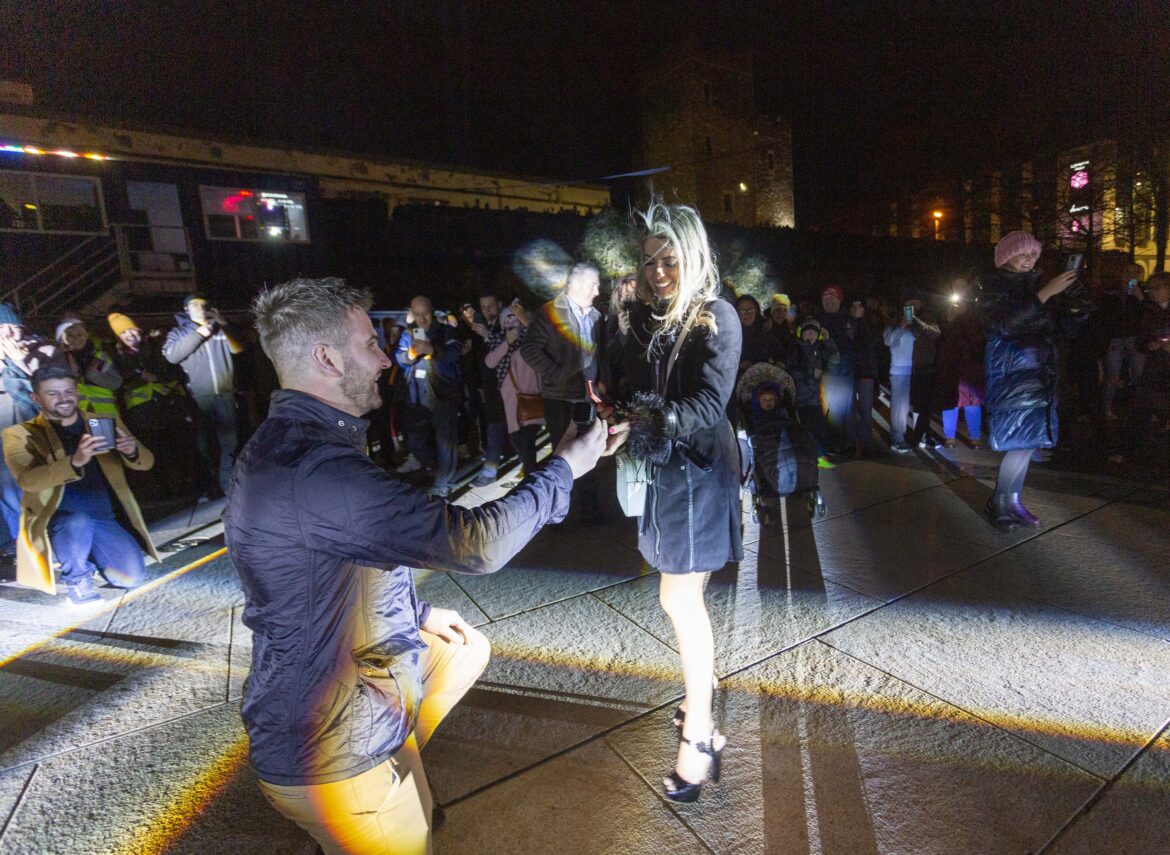 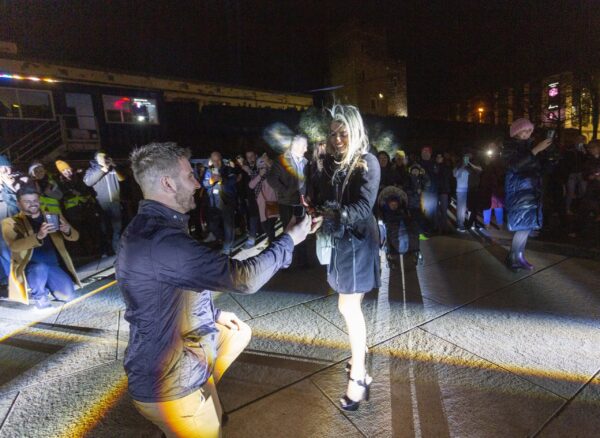 Will you marry me Marianne, asks Benny

The magical moment was caught on video by Derry City & Strabane District Council and has captured the hearts of people across Ireland and beyond this weekend, proving romance is very much alive in the Derry air.

Newry man Benny Marmion had it all planned out before heading to Derry for the festival with his long-term girlfriend Mariane Freitas de Souza.

The words ‘Mariane will you marry me?’ blazed across the Guildhall as the Festival came to a standstill on Saturday night.

A stunned Mariane said yes to a huge round of applause from those who witnessed the scene.

“I want to thank the Council team and Visual Spectrum for making this happen this evening, it really made the moment even more special. 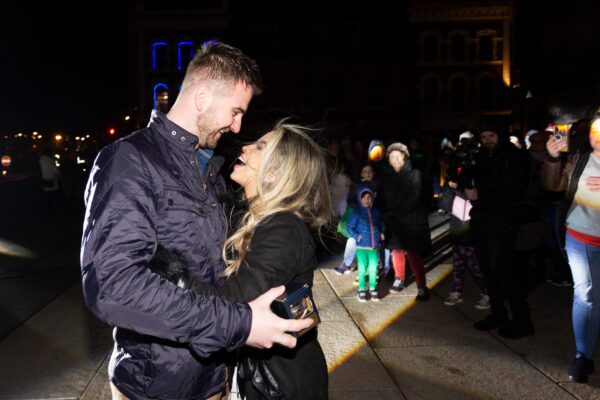 “We love the city so it just seemed like the perfect place for a proposal, and the Illuminate festival brought some extra magic.”

Congratulating the newly engaged couple, Mayor Graham Warke had a proposal of his own: “If they’re looking for a wedding venue then of course the Guildhall could be the perfect place for the ceremony!” he laughed.

He added: “I’m thrilled that Illuminate was able to add that extra bit of sparkle to their special moment.”

The Illuminate Festival has been running in the city over the last two weekends, and is supported by Tourism Northern Ireland as part of its Embrace A Giant Spirit campaign. 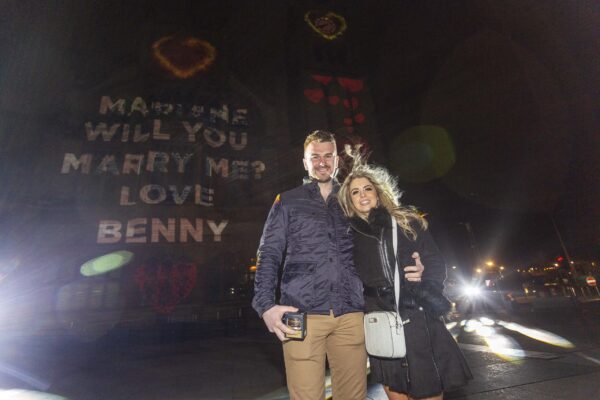 A festival first for Derry, the event is a celebration of the City’s history dramatically brought to life in a series of 3D animations projected on to historic landmarks scattered throughout the City Centre.

Illuminate finished last night and it has been hailed as a huge success in driving up numbers into the local hospitality sector.