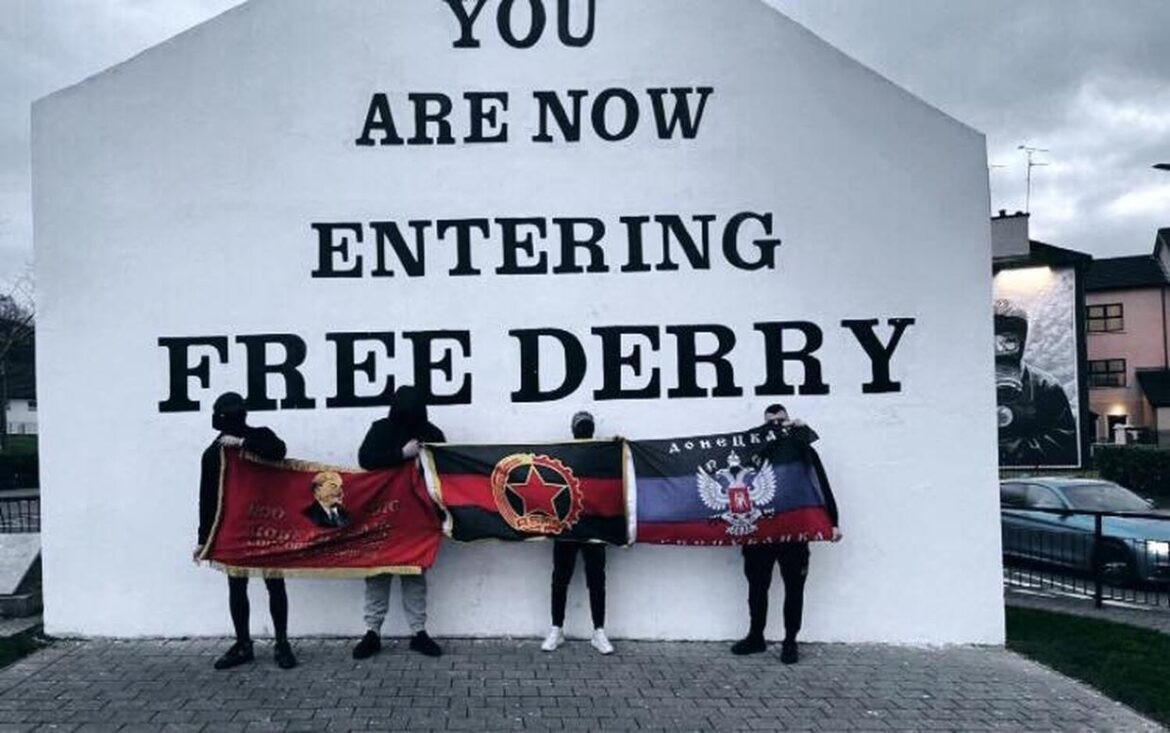 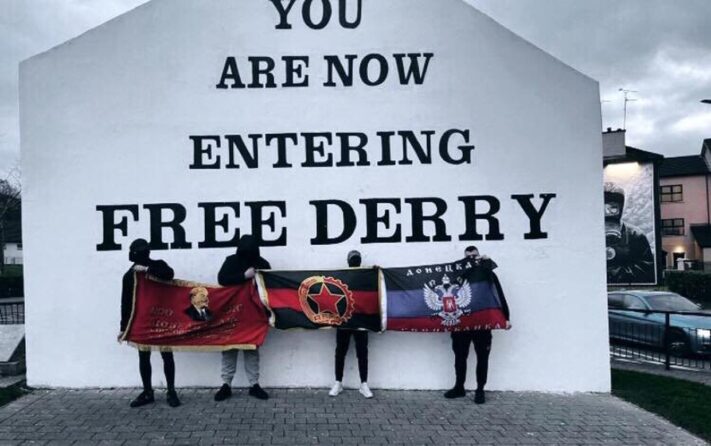 The IRSP posted this picture on Facebook to send solidarity to “comrades” in Donetsk and Luhansk.

A SDLP politician has hit out at a republican group which erected Soviet Union flags in Derry.

In a social media post last night the IRSP posted a message of solidarity to Russian-backed rebels who have been fighting Ukrainian troops in the Donetsk and Luhansk regions, which President Vladimir Putin officially recognised on Monday.

“The Irish Republican Socialist Party sends solidarity to our antifascist comrades in Donetsk and Luhansk.

“Our comrades are finally seeing the boot of facism lifted from their neck after eight years of terror and murder at the hands of the Nazi regime which seized power from the elected government in Ukraine in 2014.

“We offer our continued support to them in the face of Nazi hatred and imperialist aggression from fascist gangs carrying out the orders of NATO’s puppet Ukrainian regime.”

SDLP councillor Brian Tierney hit out at those who put the flags up.

He said: “What is happening in Ukraine is an imperialist invasion of a democratic and sovereign state.

“Those who erected these flags don’t speak for Derry or it’s people who stand in solidarity with the people of Ukraine as they resist the outrageous offensive launched by Putin.”

The Soviet Union flag row came on the same day that an anti-war crowd gathered at the cenotaph in the Diamond area of Derry city centre to protest against all conflicts.

Some demonstrators held a Ukraine flag, while others clutched placards reading ‘No to Putin’s Invasion’ and ‘No to NATO’.