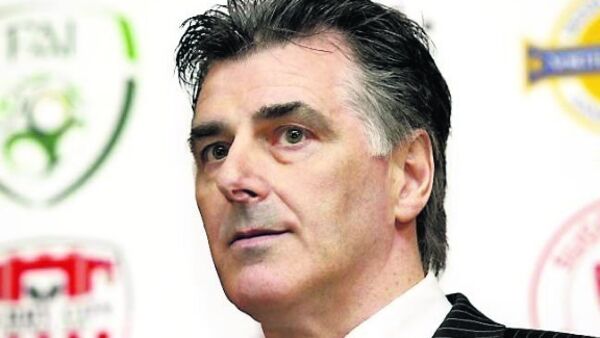 Derry City legend Felix Healy says the Candystripes should be in the running for a slice of the Sub-Regional Stadia funding and he’s argued that clubs can’t expect government to bankroll a new stadium while they are giving players bumper wages.

The former Northern Ireland international wants to see redevelopment work on the Ryan McBride Brandywell Stadium resume and he shares the frustration of clubs across the country when it comes to the lack of long-awaited financial support for ground improvements.

This week, the Derry City and Strabane District Council unanimously passed a motion calling on the Department for Communities to open the Sub-Regional Stadia Programme for Soccer Fund before the end of the current Assembly mandate.

Communities Minister Deirdre Hargey said the fall of the NI Executive could further delay the £36.2m funding plan, before reassuring the Northern Ireland Football League and Irish FA that the flagship project remained on track.

It’s widely accepted that the £36.2m set aside for football in 2015 doesn’t come close to meeting the game’s needs and clubs may not receive the funds they hoped to pocket.

The scheme has been widened out to incorporate grassroots football and the women’s game while the Irish FA want to start work on a National Training Centre, with one possible site the Civil Service grounds in Belfast.

Healy, a league title winner with Derry City as a player and manager, hopes the Candystripes can finish the work they started.

“There was great disappointment in Derry when everyone thought they were going to get a massive stand going the length of the pitch and all of a sudden, they ended up with half a stand,” said the former Coleraine ace.

“The original plans never came fully to fruition. The Mark Farren Stand was to be the length of the pitch. People assumed the work was going to be completed.

“It’s been an ongoing saga for many years. The Council own the Brandywell and it has three tenants in the stadium — the greyhound people, Derry and District Football Association and Derry City. Permission needs to be granted to use the facilities.

“Derry are no different from the other clubs in that they need money to be released to update the stadium. To attract more people into grounds, stadiums do need to modernise. Coleraine are doing great work with their new pitch and corporate boxes. They are trying to make the Showgrounds a more attractive venue.

“The league needs as much investment as it can get and the challenges facing the less wealthy part-time sides is massive.”

Glentoran’s home, the BetMcLean Oval, is scheduled to receive a redevelopment budget of £10m from the Executive but how the funding is distributed is still to be finalised.

Healy, who played in the 1982 World Cup finals, has labelled the east Belfast venue “an absolute shambles” and he doesn’t believe clubs should rely on handouts while paying huge wages.

“When you look around both leagues and see some of the improvements and then you look at Glentoran’s home, The Oval, it’s an absolute shambles and needs serious, serious investment,” added the former Finn Harps player and manager.

“I don’t think The Oval has changed much in 60 years and for that to be the case for a club like Glentoran is unbelievable.

“I played at The Oval in a legends match not so long ago and the people at Glentoran will agree it’s a shambles.

“I haven’t met one legend who will say anything positive about the ground.

“Money should be made available for The Oval but I would add it’s okay for the Executive to give you money, you need to help yourself as well. 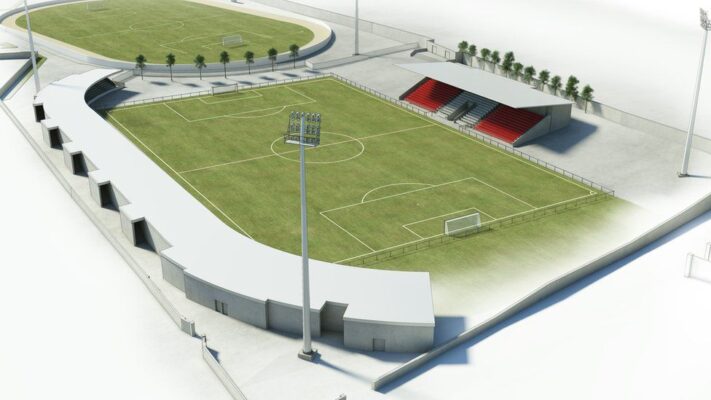 “You can’t pay your players a fortune to try to win the league when you have a pit of a stadium. You can’t have it both ways. You can’t expect the Executive to bail you out and build a stadium when you spend all your money on players.

“You can’t complain about a lack of money when you find a serious amount of money to pay your players. That’s not right either.

“No one would disagree with the fact the stadium money should be released but just because you’ve let your stadium get in a terrible state does not mean you’re entitled to get more money than anyone else, as you are spending money elsewhere.”

The 66-year-old feels that wages in the game, including the Irish League, are “getting out of control”.

He added d: “I always remember Jim McLaughlin at Dundalk when he came back from England, he assembled a team of free transfer players and he won the league.

“At the end of the season he wanted to tidy up Oriel Park and there was no money available to do it but there was a few pound available for players. Nothing has changed. Clubs will find money to give to players but they will not give it when it’s badly needed in other areas off the pitch.

“The wages in the Irish League are getting out of control. The rich guys at the top justify it through qualifying for Europe but once you are in the rat race it is hard to get off it.

“More money is available through Europe. Shamrock Rovers earned almost €2.5m last year and it’s very difficult for everyone else in the League of Ireland to compete with that.

“What happens is wages go up. Dundalk did the same after being successful in Europe. Their wage bill this time last year was €70,000 (£58,676) a week, which for a club in Ireland seems outrageous.

“The money paid out outstrips what comes in. Not every club can justify that.”