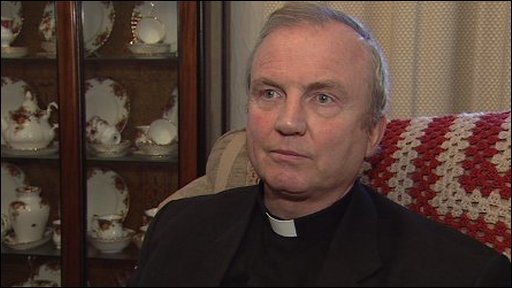 THE Catholic schools’ system will not stand in the way of legislation which permits schools to appoint teachers on religious grounds being repealed by the Assembly, but has warned that it must not be used as a ‘Trojan horse’ to undermine its ethos in the future.

The Bishop of Derry, the Most Reverend Donal McKeown, from the Catholic Schools’ Trustee Service, told MLAs that as far as he was aware, only integrated schools have benefited from the exemption in their efforts to balance the workforce.

A Stormont bill seeking to end the religious discrimination in the employment of teachers remains unlikely to become legislation in the current Assembly mandate, but the MLA behind it said there is no prospect of it being abandoned completely.

The Fair Employment (School Teachers) Bill has been brought to the Assembly by Alliance MLA Chris Lyttle.

The recruitment of teachers is currently exempt from legislation outlawing religious discrimination, allowing a school with a Catholic ethos to appoint a Catholic teacher ahead of teacher identifying as Protestant, and vice versa.

Mr Lyttle said it was important that the momentum towards change was maintained.

“While it is doubtful this bill will become legislation in the current mandate given the time constraints, what we are allowing for is debate.

“The second stage of that debate is due to be in the Assembly on March 2 and will give MLAs another opportunity to show their support.

“At this stage that’s important.”

There will be no opposition from the Catholic maintained sector, which is already anticipating the repeal early in any new Assembly mandate.

“All of the main churches considered it a mechanism for protecting the identity of schools with a faith-based tradition.

“These exemptions were then included in the 1998 veto legislation. The Trustees of Catholic Schools and the Council for Catholic Maintained Schools (CCMS) are, and always have been, opposed to discrimination on religious grounds.

“Our objective has only ever been to assess whether a candidate understands and supports the Catholic ethos.

“There has never been any suggestion that I know of where a teacher failed to be appointed to a Catholic school because of their religious or political opinion.

“We continue to believe that the value and ethos of a Catholic education are critical to the identity of Catholic schools, but we consider the exemption in the 1998 order is no longer appropriate or required,” he said.

“In 1998 the legislation almost worked on the assumption that everybody was Catholic or Protestant. That’s a bizarre assumption for any decisions in 2022, in a very diverse Northern Ireland.

“Our diversity is something we should cherish in Northern Ireland, It should not be seen as something alien or undesirable.”

Matthew Milliken, from Ulster University’s UNESCO Education Centre, told MLAs that research conducted in 2018 showed that in the primary school sector, controlled schools had 85% Protestant teachers and 7% Catholic, while the teaching staff in maintained primaries were 2% Protestant and 93% Catholic.

In the integrated primary sector the breakdown of staff was 36% Protestant and 46% Catholic.

“The veto means there are currently no official figures on the makeup of staff in the school system,” he said. “But the teaching staff does become more diverse in the post primary sector.”

Katrina Crilly, Principal at Oakgrove Integrated College in Derry, told MLAs the removal of the exemption will help to change mindsets.

“It would create a greater pool of teachers bringing different skill sets into schools,” she said.

“You will always get the best person for the job and that has to be a win, win situation.”

Executive Committee chair Sinead McLaughlin said she was not aware of any stakeholders who are opposed to the removal of the veto.

Mr Lyttle said he remains optimistic the bill will proceed at the earliest opportunity.

“The Executive Office has already started engagement and with a lot of the groundwork already done and the first stage in the Assembly being passed with no division in the house, it’s looking very optimistic we can see change,” he said.

“Minds have now been focused on what needs to be done and this is the furthest we have ever got in attempting to remove what is an outdated and unnecessary exemption.”