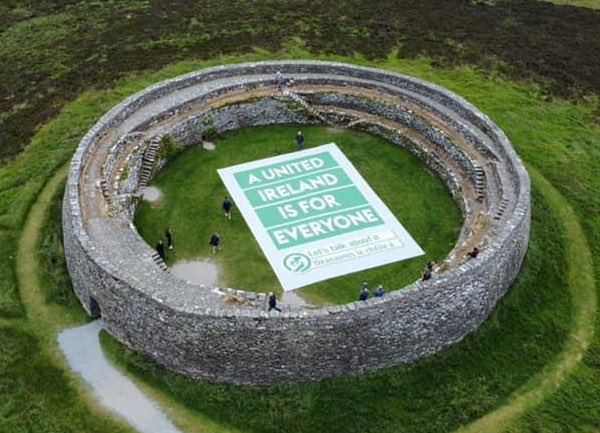 ‘Walk For Unity’ in Derry this weekend

THE people of Derry are being urged to back the latest public demonstration in the city to support Irish reunification.

The ‘Walk for Unity’ has been organised by Sinn Féin and takes place along a riverside route this weekend.

One of the organisers, local Sinn Féin Councillor Conor Heaney, urged the public to come along and show support for an end to partition.

He said: “This event is part of our ongoing campaign to secure and win a referendum on Irish unification as provided for in the Good Friday Agreement.

“The demand for reunification is growing every single day.

“It has always made economic and logistical sense but Brexit, British Government cuts and their shambolic handling of the pandemic has led to more and more people looking to a better future within a new Ireland.

“Events like the Walk for Unity are an opportunity to demonstrate the demand for reunification that now exists.

“We will be assembling at 11 am at Sainsbury’s car park on Saturday, February 26 for a positive event full of colour, positivity and energy.

“There will be similar walks taking place right across Ireland so we would call on as many people as possible to come along and help put more pressure on the British Government to call a referendum on Irish reunification.”