Covid-19: Vaccine passport laws in pubs could be scrapped

LAWS on vaccine passports in some settings could be scrapped next week under proposals given to Stormont ministers.

It is understood the proposal, if agreed, means proof of Covid status in pubs, restaurants and cinemas would not be legally required from Wednesday, January 26.

But the system would remain in place for nightclubs, and indoor-unseated and partially-seated events with 500 or more people.

Ministers are to set to meet later.

It is understood ministers will also consider whether to remove rules on table service in hospitality businesses and the so-called “rule of six” per table from Friday, January 21.

It is understood the recommendation to ministers is that hospitality businesses would still be advised in guidance to retain use of Covid certification.

Under the proposals, nightclubs are also due to reopen from January 26 with dancing and indoor-standing events permitted again.

Those restrictions came into place just after Christmas in a bid to manage a surge in cases of the Omicron variant.

Proof of Covid certification has been legally required in certain settings in Northern Ireland since 13 December, with the Democratic Unionist Party (DUP) the only party in the executive opposed to its use.

The Stormont executive as a whole will have to agree the latest proposed relaxations, with the first and deputy first ministers due to chair the meeting virtually while on a visit to the north west on Thursday.

Ministers have been indicating they hoped to be able to announce a further easing of restrictions, with the Omicron variant thought to have reached a peak of hospital admissions a few days ago. 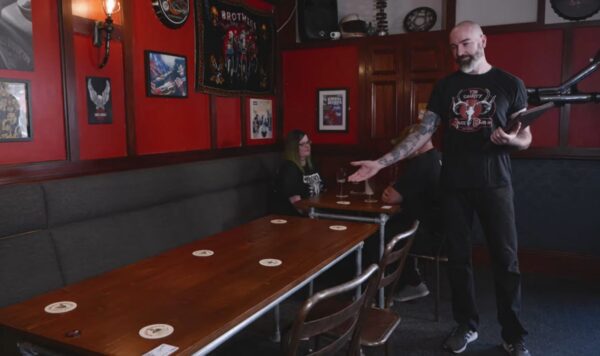 Stormont ministers have been advised there may be a “secondary peak” in cases in the next two weeks as a result of further spread in school-age children.

However the advice from health officials also states it is likely current measures will be “sufficient” to manage hospital admissions and intensive care admissions, and deaths are not expected to rise significantly due to Omicron being less severe than previous variants.

Fresh curbs were introduced in December amid fears over the Omicron variant of the virus.

Deputy First Minister Michelle O’Neill has said she hopes some rules could be relaxed “in line with what’s happening in other jurisdictions”.

Scotland, England and Wales have already announced some easing of restrictions.

On Wednesday the Department of Health in the North of Ireland recorded six Covid-19 related deaths, bringing the total since the start of the pandemic to 3,054.

There were 404 patients in hospital with Covid-19 and 25 in intensive care units.