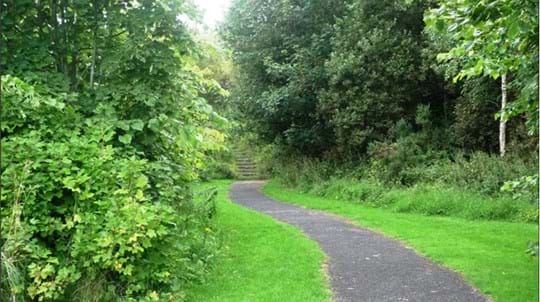 Tierney calls for end to scramblers at country park

SDLP councillor Brian Tierney has called for an end to the use of scramblers and quad bikes at Ballyarnett Country Park.

Councillor Tierney was speaking after being contacted by a number of concerned local residents who raised the issue.

Said the Ballyarnett councillor: “A number of local people have contacted me over the weekend to express their concern about the use of scramblers and quad bikes in Ballyarnett Country Park.

“I would like to remind the public that the use of off-road vehicles in public places like parks is strictly prohibited and could lead to police taking action.

“Nobody is looking to spoil anyone’s fun, but I would encourage users of off-road vehicles to make themselves familiar with the rules around their use and enjoy them in private areas without causing a nuisance to others.

“The noise from these vehicles can be very disruptive and they can also harm our green spaces in the park.

“We are lucky to have a facility like Ballyarnett Country Park in our community.

“It is used by a wide range of people from families, young people, people out walking their dogs and the elderly and we want to make sure it can be enjoyed by everyone safely.

“The new play park has resulted in a huge increase in footfall and the last thing we want is any kind of anti-social behaviour discouraging people from visiting the park.

“I would ask anyone using scramblers, quad bikes and any similar off-road vehicles in the park to stop now.

“If it continues we are likely to see the issue escalate with police handing out fines or even seizing the vehicles and prosecuting and nobody wants that.

“If people show respect for our public spaces and use common sense there is no reason we can’t all continue to enjoy the park and protect it from harm,” added Cllr Tierney.